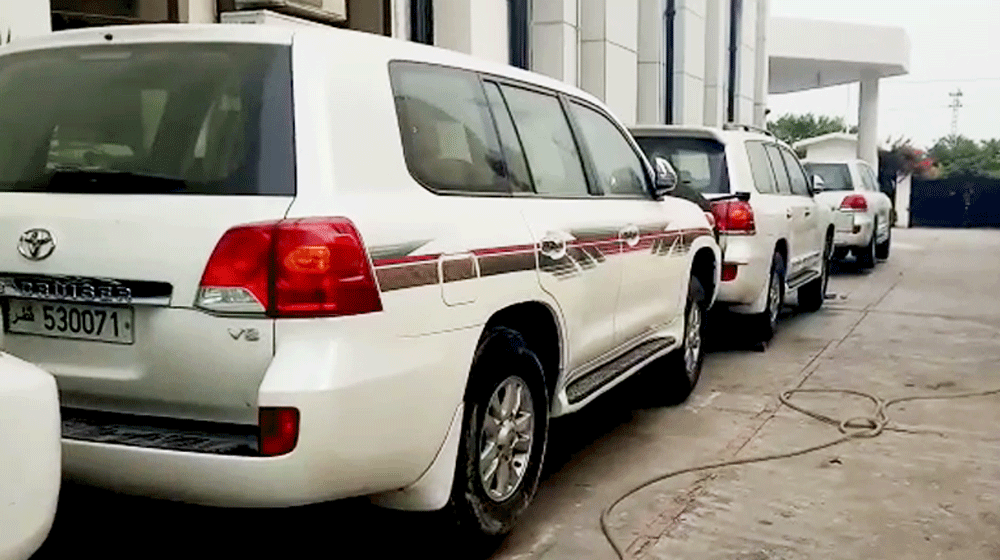 Directorate General of Customs Intelligence has requested the Ministry of Foreign Affairs to assist the agency in providing a complete record of exemption certificates issued by the said Ministry in the case of 280 vehicles imported in the name of dignitaries/ members from the ruling family of Qatar.

The directorate has expanded the scope of the investigation in the case of recovery of 21 luxury vehicles from the premises of a textile unit in Rawalpindi.

According to a communication of DG Customs Intelligence to the Ministry of Foreign Affairs, pursuant to recovery of  twenty one (21) luxury vehicles from the property known as Redco Textiles Limited owned by ex-Senator Mr. Saif-ur-Rehrnan, this Directorate General has conducted initial investigation into the matter of import of luxury vehicles in the name of Embassy of Slate of Qatar and has observed with serious concern that since 2012 as many as three hundred and thirty (330) vehicles have been brought into Pakistan on the strength of exemption certificates issued by the Ministry of Foreign Affairs (MoFA).

Out of those three hundred and thirty (330), only fifty (50) vehicles were re-exported out of Pakistan and the remaining two hundred eighty (280) vehicles imported in the names or dignitaries/members of the ruling family of Qatar are still in Pakistan. This Directorate General has so far seized twenty-three (23) such luxury vehicles while the remaining two hundred and fifty-seven (257) such luxury vehicles are still plying illegally / kept in hiding in Pakistan.

For completion of the investigation, it is requested that the complete record including note sheet/ correspondence side of relevant files of exemption certificates issued in the case of two hundred eighty (280) vehicles imported in the name of dignitaries/ members of ruling family or Qatar may be provided at the earliest.