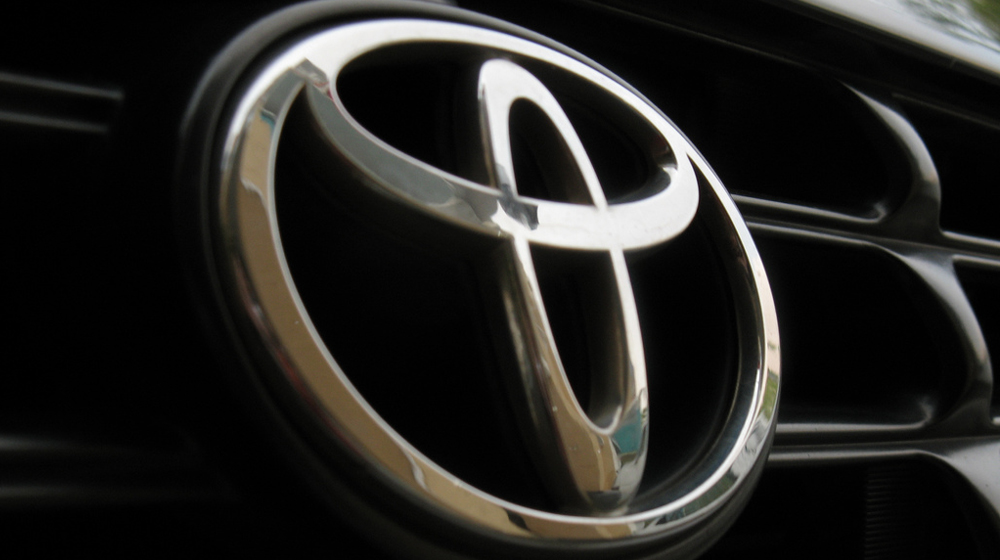 Rupee’s devaluation is significantly affecting the company’s cost per unit, which is why it just decided to stop taking new orders.

Toyota Indus has halted new car bookings because it is facing high component costs in the wake of Rupee’s depreciating value.

For a company that relies heavily on imported raw material and other production components, each time the rupee weakens against the U.S. dollar it is bad news. Toyota posted a public notice on a local newspaper, saying that the company has stopped order bookings for some time, and will lay low till the rupee regains strength. 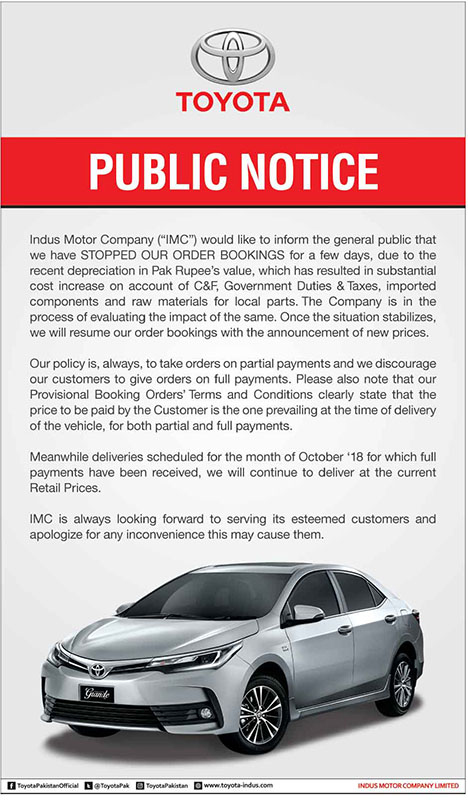 Indus Motor Company (“IMC”) would like to inform the general public that we have STOPPED OUR ORDER BOOKINGS for a few days, due to the recent depreciation in Pak Rupee’s value, which has resulted in substantial cost increase on account of C&F, Government Duties & Taxes, imported components and raw materials for local parts. The Company is in the process of evaluating the impact of the same. Once the situation stabilizes, we will resume our order bookings with the announcement of new prices,

However, IMC added that it will fulfill orders that have already been scheduled to be delivered this month and paid for in full.

These orders will be carried out at current retail prices and the company does not plan on taking any additional payment for the extra cost due to currency devaluation.

Pakistan’s biggest industries rely on imported components. Over the past months, all auto companies, including Honda, FAW, and Suzuki have increased their prices to account for rupee’s falling value. This gave rise to a number of problems.

A number of customers were asked to pay more even after they made a booking at a lower price. These companies ask you to cover the rupee’s devaluation even if your car is in the delivery stage. Things get more disconcerting when you consider the fact that an average car booking in Pakistan can take up to 4 or 5 months to deliver, with the maximum being 7 months.

In such a long period – which is almost half a fiscal year, many things can change in a country on an economical scale, especially its currency’s value.