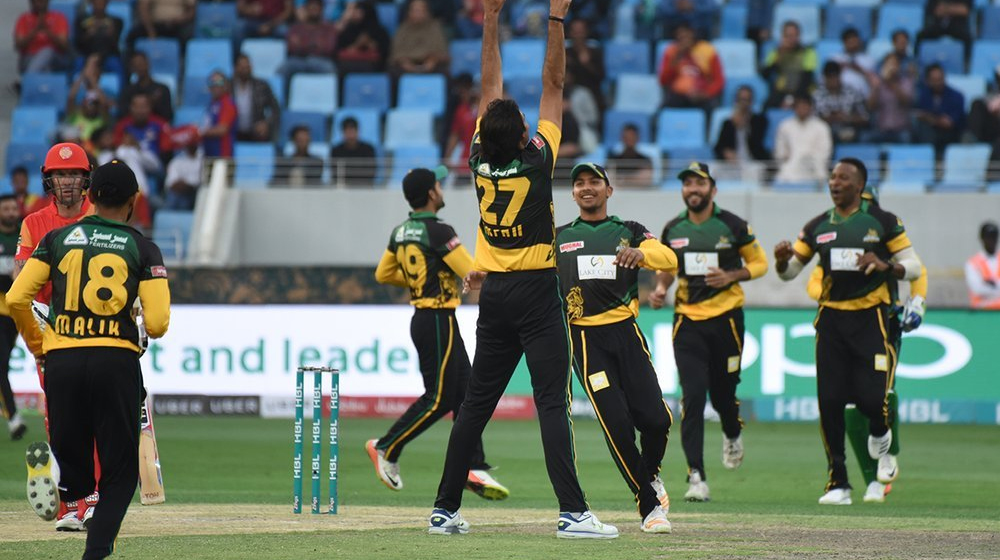 Sitting at the bottom of the table, Multan Sultans delivered a sensational performance to keep their hopes alive in the fourth edition of the Pakistan Super League (PSL).

Chasing 122, Multan chased down the target in the 19th over thanks to splendid batting from a young star in the making, Umar Siddiq. The opening batsman scored an impressive 46 from 45 balls.

The low target of 122 was eventually chased down by Daniel Christian and the skipper himself, Shoaib Malik.

Multan Sultans now have 4 points, level with Karachi and Lahore – who have one game in hand.

Multan register their second win of PSL 2019, both have come against defending champions Islamabad United. #PSL4

Shoaib Malik’s decision to put defending champions Islamabad United to bat first has paid off tremendously as United were restricted to only 121 runs.

Islamabad United looked comfortable in the beginning until the fall of Luke Ronchi’s wicket. The hard-hitting opener made a quick 32 from 16 deliveries and what followed was a disaster for Islamabad.

The wickets kept tumbling and Islamabad United could not stabilize the innings. United were 104/9, Faheem Ashraf’s 16* from 10 balls helped them reach 121 runs at the end.

The wickets were well divided amongst the Multan bowlers as Mohammad Ilyas, Shahid Afridi, Nauman Ali all picked up two wickets each. Mohammad Irfan also picked up the wicket of Wayne Parnell. Daniel Christian was the pick of the bowlers with his 3 wickets.

Junaid Khan was the only bowler who did not pick up a wicket but his stats were the most economical as he gave away only 11 runs from his 3 overs.

Multan Sultans will chase 122 from 20 overs next.

After a day’s break, the action moves back to Dubai.

What an extraordinary display of cricket it has been in Sharjah as its love affair with last ball sixes continued. Out of the 8 matches, 3 ended with last ball sixes. First Wiese, then Sarfaraz and finally the Ingram show ensured that Sharjah kept its reputation.

Another thriller awaits the cricket fans as Multan Sultans take on Islamabad United tonight. Sultans will hope for a change of fortune as they currently linger at the bottom of the PSL points table.

Out of the three times matches played between the two teams, Islamabad United won three while Multan Sultans secured one win. The only win for Multan came earlier this season, beating Islamabad by 5 wickets.

Islamabad United:
We are yet to witness the firepower of Asif Ali. Islamabad United have a solid batting unit meaning that Asif Ali hasn’t had to do much of a damage to the opposition bowling lineups. When on song, Asif’s hit goes many a mile.

Multan Sultans:
James Vince had a quiet previous game against Peshawar Zalmi. His batting prowess will once again be put to test against a probing Islamabad attack.