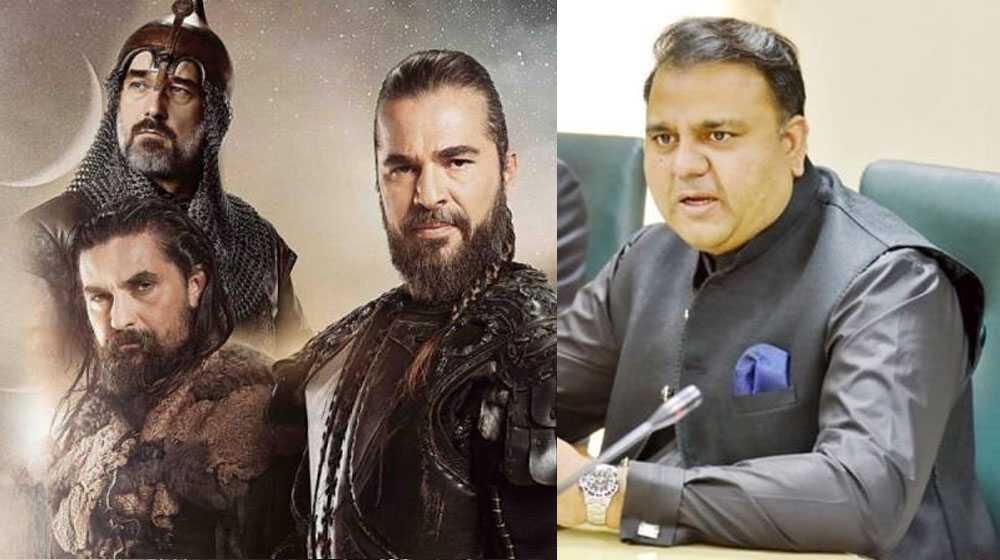 Federal Minister for Science and Technology, Fawad Hussain Chaudhry, has openly expressed his ‘discomfort’ with the record-breaking Turkish drama series being aired on PTV, Dirilis: Ertugrul.

He said that the famous drama serial Etrugrul is more Turkish history than Islamic history. To support his claim, Chaudhry said, Arabs probably won’t like Turkish serial gaining popularity in Pakistan. The minister viewed that Pakistanis [like him] do not believe in the pre-1947 history.

Probably the Arabs will not like the popularity of the Ertugrul in Pakistan.

However, numbers do not agree with what Fawad said or believed. Since its airing on April 25, the serial has broken all viewership records in Pakistan.

The official YouTube channel, ‘TRT Ertugrul by PTV’ has accumulated over 3.4 million subscribers in less than 20 days. It is aiming to break the world record by crossing 6.62 million in the first 28 days. Similarly, the channel is making new viewership records, with each episode receiving 3 million views on average.

The serial was a personal recommendation of Prime Minister Imran Khan who, during a public gathering last year, had asked the youth to watch Ertugrul for inspiration. However, pseudo-intellectuals like Fawad Chaudhry believe that the Turkish serial is creating an identity crisis among Pakistanis.

For those unaware, the famous TV show, often dubbed as the ‘Turkish Game of Thrones’, is set in 13th century Anatolia before the establishment of the Ottoman Empire.

It has been one of the most famous Turkish dramas in history. Since its premiere in November 2014, the drama has been broadcast in 62 different countries.

Meanwhile, Saudi Arabia’s state-owned television MBC is launching a drama serial that will expose the tyranny of the Ottomans and their bloody history.

Titled “Kingdoms of Fire” (Mamlakaat Al-Nar), the series portrays the demise of the Mamluk state (early 16th century) at the hands of the Ottoman Empire.