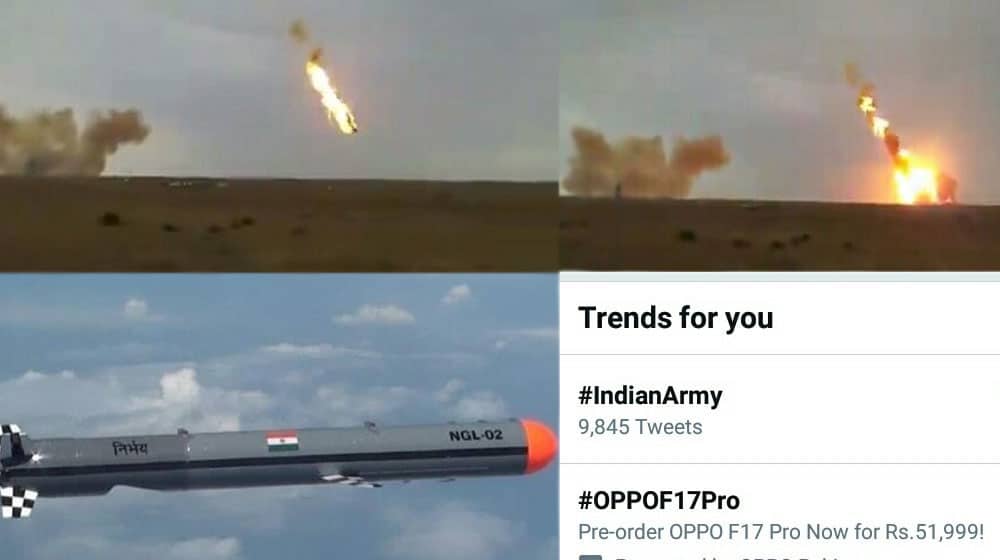 Indian Army has successfully failed the test-launch of its indigenously built intermediate-range, land-attack cruise missile, Nirbhay, for the fourth time.

The subsonic cruise missile, dubbed as the Indian version of the American Tomahawk and the Russian Club SS-N-27, failed the test within 8 minutes of the launch.

It was India’s tenth missile test in just 35 days. However, the test flight of the 1000-km range Nirbhay cruise missile did not go as planned. The country’s defense scientists said it was due to a technical issue and gave no further details.

Powered by the Russian Saturn 50MT turbofan engine, the stealthy missile can deliver different warheads and switch targets during the flight.

The local production of the missile started in 2007. Since then, it has failed all five test-launches. It made the last test flight in December 2016 but failed to hit the target.

The Defence Research and Development Organization (DRDO) made various changes to its design and equipment and retested it on October 12. However, it failed the task again, flushing the DRDO’s 13 years of work down the drain.

Elated with the development, Pakistani Twitter erupted with jokes and memes. Some related it to the ‘famous landing’ of the Indian pilot, Abhinandan, on February 27, while others recalled the failed test of Agni-III.

The following are some of the funniest reactions on Twitter:

Some even mocked the convicted prime minister, Nawaz Sharif for his famous reverse-engineering remark.

Another failed test. India should ask Dr. Nawaz Sharif to build a Tom Hawk Missile for them.
https://t.co/m9nE0Rxmen

Disadvantages for not having Nawaz Sharif, India's test for cruise missile failed.#failedIndia pic.twitter.com/iJ5vuIuWy5