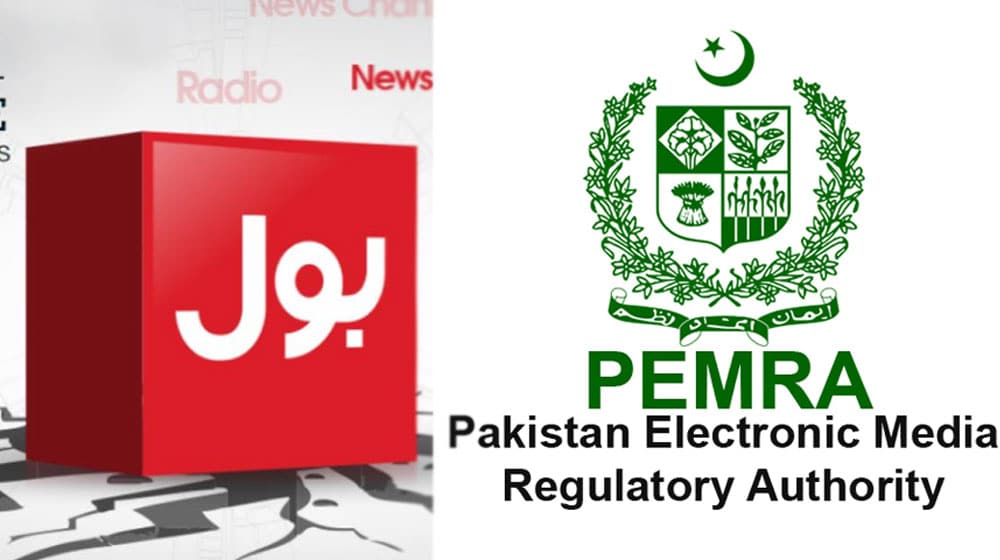 The Pakistan Electronic Media Regulatory Authority (PEMRA) has suspended the license of BOL News for 30 days for airing contemptuous content against the judiciary.

A notification to this effect was issued on Friday, saying that the license was revoked after the news channel aired anti-judiciary remarks during a news show on January 12. A fine of Rs. 1 million has also been imposed.

According to details, news anchor, Sami Ibrahim, and a senior reporter, Mian Daud, had raised questions on the procedure of judges’ appointment and had made disrespectful remarks against the judiciary in the program “Tajzia” aired on January 12 on BOL News.

For this, the channel was issued a show-cause notice on January 14 and a reply was sought within 7 days. However, the channel neither conceded its fault nor did it submit an apology. It contended that the program was in accordance with PEMRA’s rules and that the regulator should withdraw its notice.

Through this notice, the channel has been directed not to broadcast contemptuous content against any state institution and should follow the Article 19, and Article 66 of PEMRA Rules.

Taking action on the notice sent on January 14, PEMRA has now revoked BOL News’ license for 30 days and has also imposed a fine of Rs. 1 million, the notification said, adding that the decision will be effective immediately. All cable operators have been issued directives in this regard.