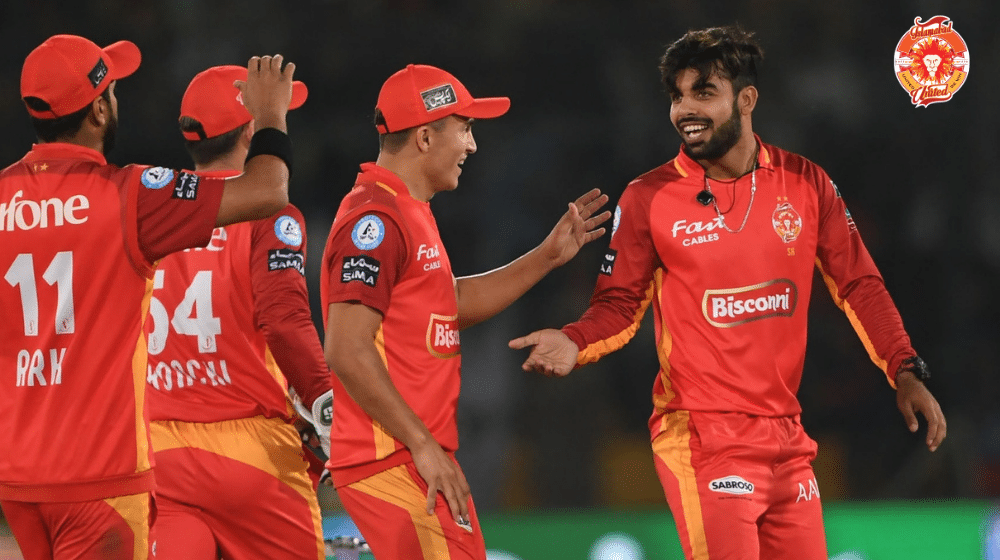 Islamabad United has rejuvenated its squad ahead of the sixth edition of the Pakistan Super League (PSL). With the addition of pacer Hasan Ali and opener Alex Hales, the team looks strong and balanced on paper. They will be looking to improve on their performances from last season and with the appointment of former South African spinner Johan Botha as the head coach, the team looks set to take the paint the league red.

Islamabad has an abundance of talent in the squad and the team management will have a selection headache to choose the best possible starting eleven, although they will be happy that it’s a good dilemma to have. Phil Salt, Shadab Khan, Asif Ali, Hussain Talat, Iftikhar Ahmed, and Rohail Nazir will be vying for a spot in the middle-order and Islamabad will have to choose four or five out of the lot depending on the team combination they would want to go for.

Shadab Khan, Zafar Gohar, and Ahmed Safi Abdullah are the three genuine spinners and due to the versatility of Shadab Khan, one of Safi Abdullah and Zafar Gohar will get a spot in the starting line-up. The fast bowling unit has multiple options as well. Hasan Ali, Musa Khan, Faheem Ashraf, Reece Topley, Chris Jordan, and Akif Javed are the available fast bowlers in the squad and Islamabad will be happy with the talent they have in the department.

The only worry for Islamabad United is the opening slot as they have only two recognized openers in the squad. Explosive English and Kiwi openers Alex Hales and Colin Munro form a destructive opening partnership but Islamabad will be worried about the lack of back-up in the squad. They will have to sort out the back-up opener before the start of the tournament.

Islamabad has always been regarded as the team of all-rounders and they have a number of them in the squad once again. Shadab Khan, Faheem Ashraf, Lewis Gregory, Hussain Talat, Iftikhar Ahmed, Zafar Gohar, and Hasan Ali all have the ability to bat and ball, this will help them immensely in forming the best possible team combination.

Let’s have a look at Islamabad’s probable Starting XI: 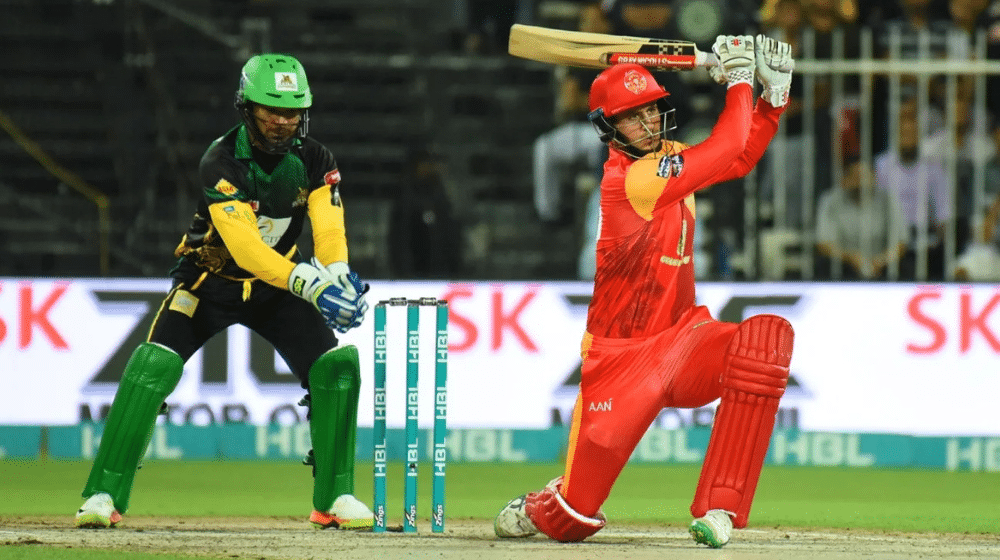 Alex Hales represented Karachi Kings in the previous season. He was traded back by Islamabad United for middle-order batsman Colin Ingram to fill the void left by the magnificent Luke Ronchi. Hales is in fine form currently and Islamabad will be hoping he continues his run and provides them with explosive starts. Hales has scored 401 runs at an average of 33.41 in 15 matches he has played in the tournament’s history. 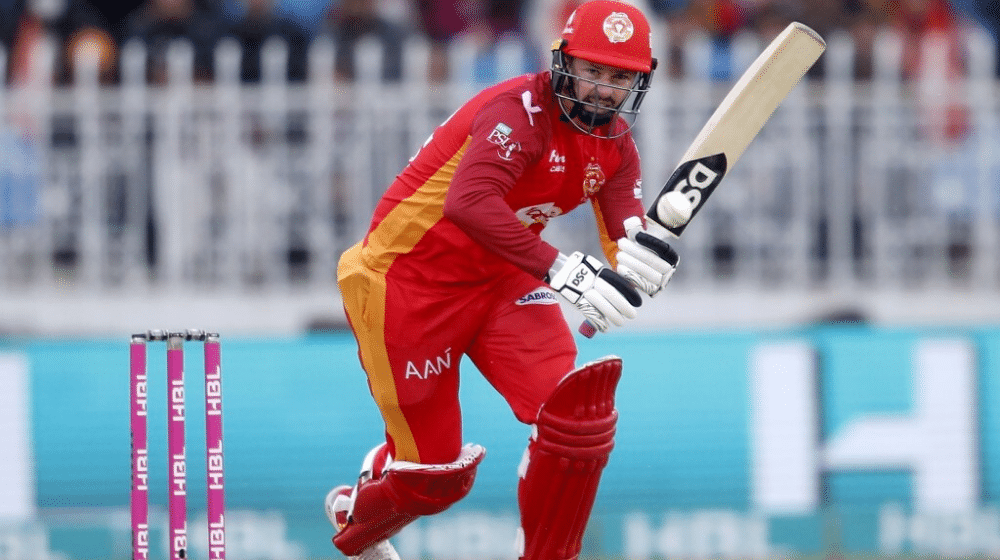 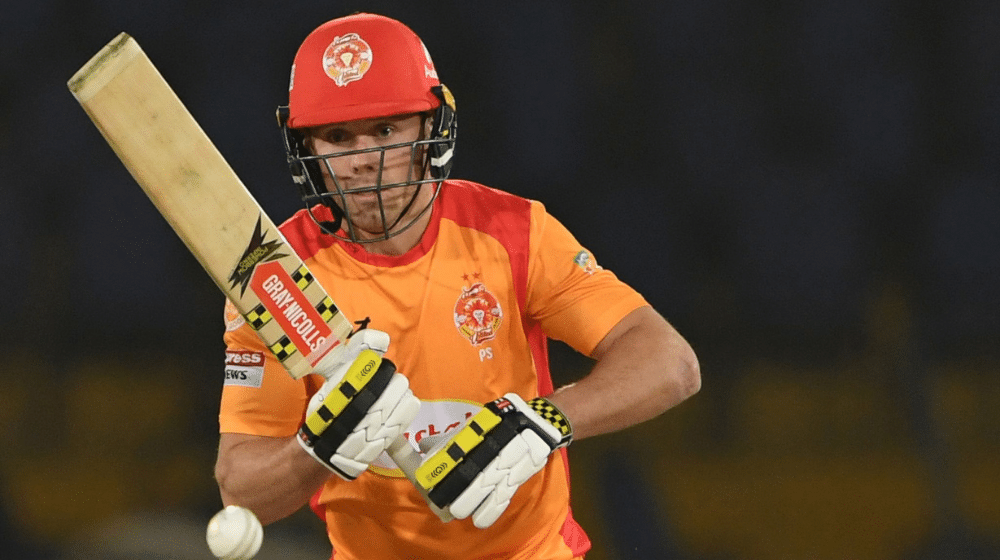 Phil Salt will have some big shoes to fill in the absence of Luke Ronchi as the wicket-keeper. Although Salt isn’t an established wicket-keeper, Islamabad has put their trust in the young Englishman to do the job for them. Salt has been with Islamabad for the past two seasons but has been on the fringes of the starting eleven, having played only 7 matches. He has scored 119 runs in those 7 matches at an average of 17.00. 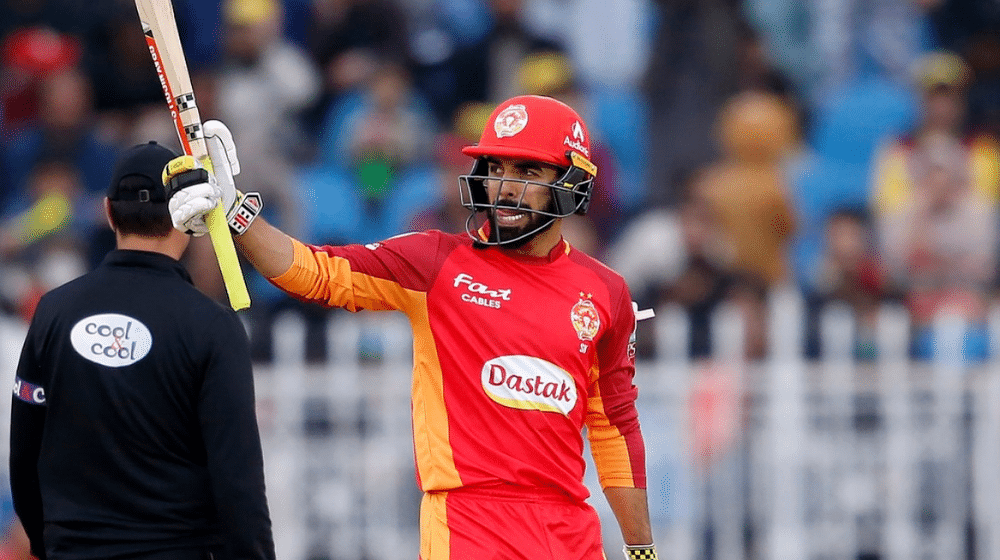 Islamabad’s captain was a revelation with the bat last season, he promoted himself up the order and led from the front with magnificent power-hitting in the middle overs. His captaincy earned him a lot of praise as well, but ultimately Islamabad finished bottom of the table at the end of the group stage matches. Shadab will once again bat up the order and look to play according to the situation. He has scored 438 runs at an average of 16.84 in 41 matches. His bowling has been impressive as well, picking up 37 wickets at an average of 28.18 and an economy rate of 7.16. 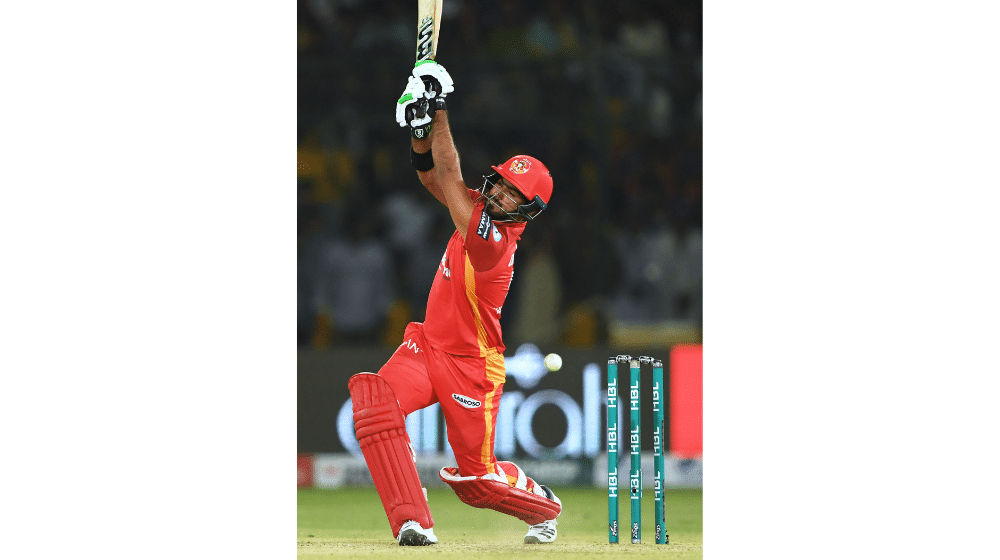 Hussain Talat showcased his class in the recently concluded National T20 Cup, he carried his form into the Quaid-e-Azam Trophy and scored a magnificent double-century. He will be determined to prove his doubters wrong by putting in eye-catching performances for Islamabad United. Talat has scored 463 runs at an average of 23.15 in 29 matches. 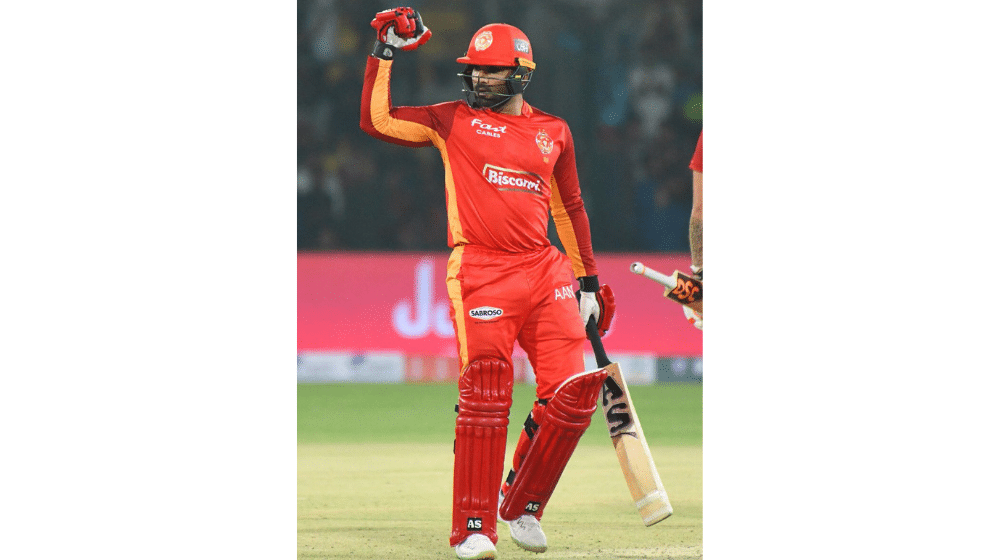 Asif Ali is renowned for his power-hitting and his huge sixes (Hasan Ali would be glad he’s joined him, rather than being on the receiving end). Asif looks to be in great nick as well, scoring heavily in the ongoing Pakistan One Day Cup. He has scored 655 runs at an average of 25.19 in 43 matches. He has also hit 50 sixes in, the fourth-highest in PSL’s history. 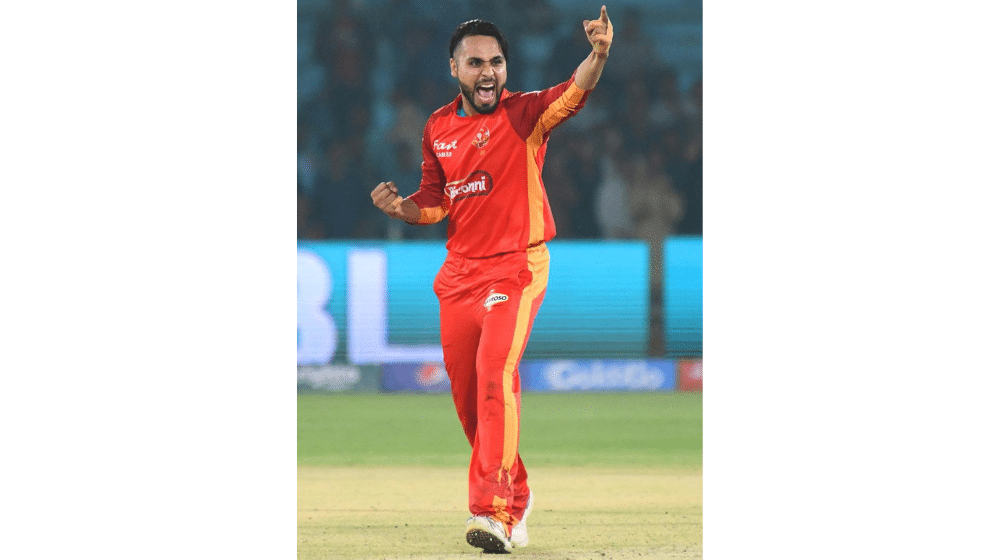 Faheem Ashraf has significantly improved his batting as showcased in the recently concluded Test series between Pakistan and New Zealand. He had a poor tournament last time around, both with the bat and the ball, but he will be looking to put in the performances to keep his place in the national set up. Faheem has picked up 46 wickets at an average of 18.52 and an economy rate of 8.12 in 31 matches. He has scored 290 runs at an average of 22.30. 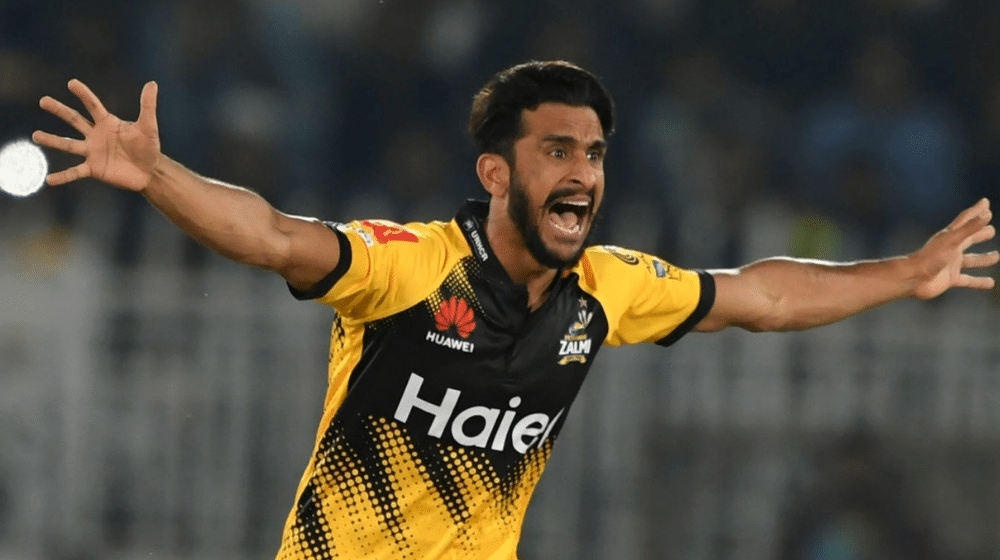 Islamabad’s platinum category pick, Hasan Ali is back from injury with a bang. His performances in Quaid-e-Azam Trophy were heroic and his leadership skills were fully on display. Islamabad will be looking towards him in crucial moments and Hasan Ali has the fire to provide them with the magic. Hasan is currently the second-highest wicket-taker in the tournament’s history with 59 wickets at an average of 20.93 in 45 matches. 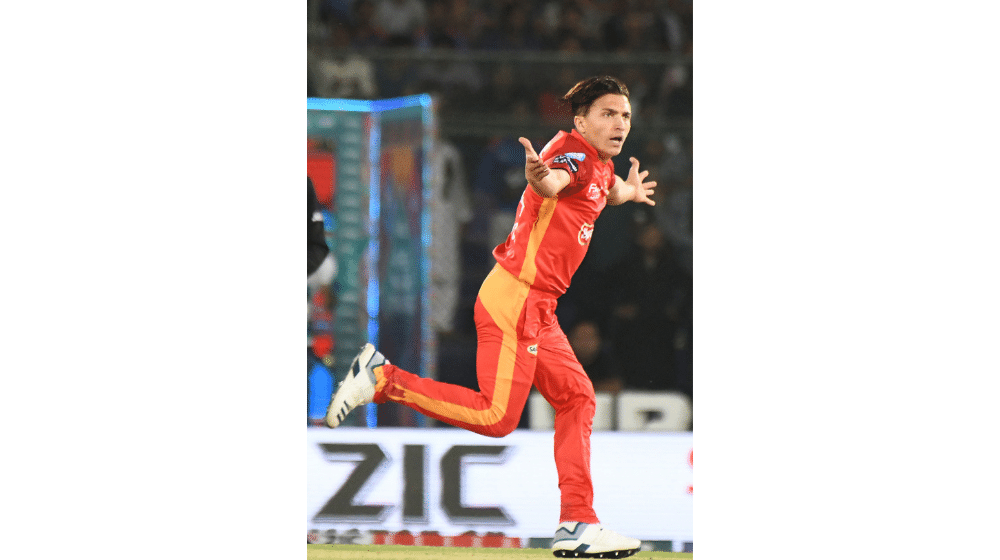 Musa Khan is regarded as one of the finest young bowling talents in the country. His performances for Islamabad United have been impressive for the past two seasons, but his most notable performance came with the bat last season when he managed to chase down the target against Lahore Qalandars. Musa will be a vital cog in the fast bowling unit of Islamabad United and will be eyeing for the spot in the starting eleven of the national team. He has so far picked up 14 wickets at an average of 30.14 in 14 matches, he will be looking to improve on those figures. 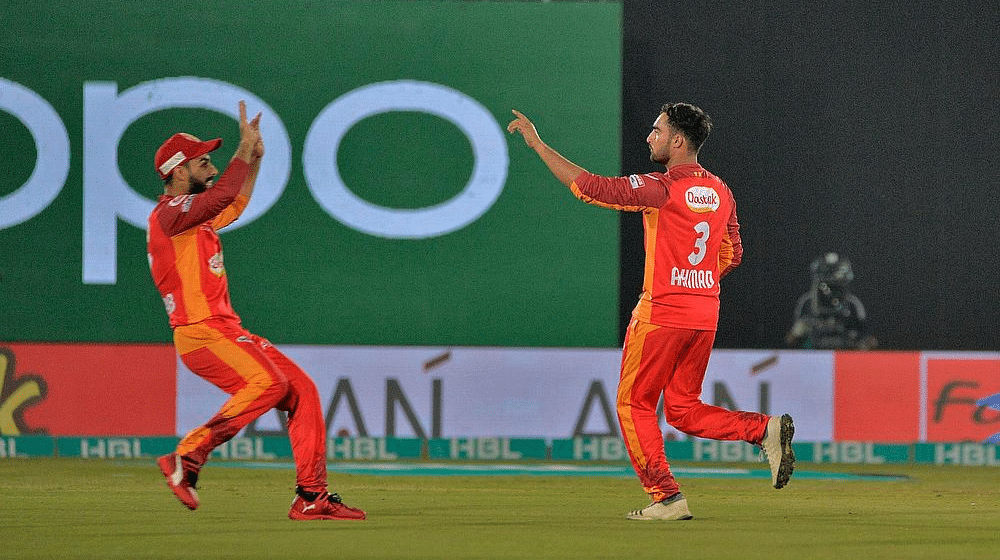 Ahmed Safi Abdullah has been really good in the domestic circuit this season, he will be playing as the emerging player for Islamabad United in the starting eleven. The left-arm spinner has picked up 4 wickets at an average of 16.25 in the 3 matches he has played in PSL history. 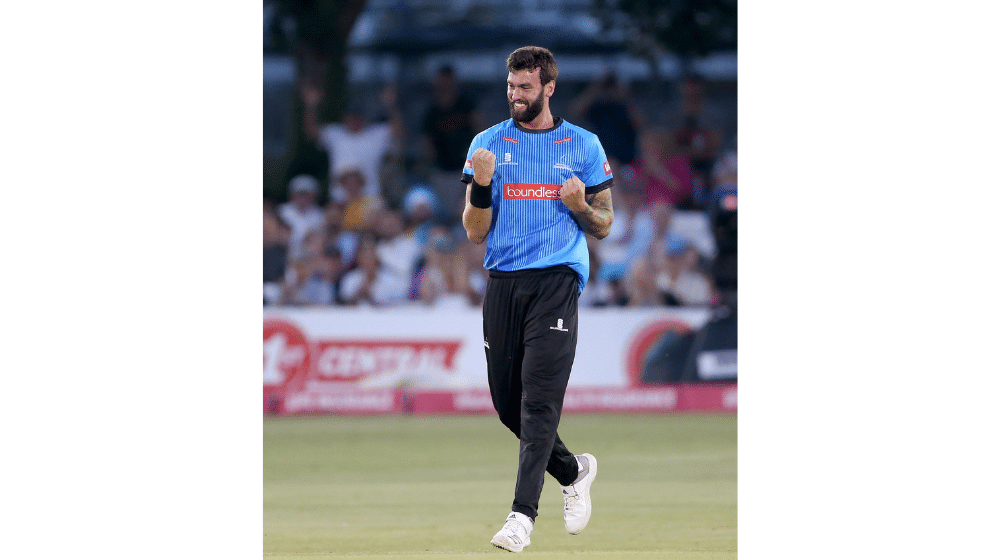 The left-arm pacer from England will provide the x-factor for Islamabad United this season. He has had injury issues for the past year or so but he seems to be fully fit and raring to go. Islamabad will be hoping he provides them with the impetus to move ahead in the table this time around. Topley will be making his PSL debut, but his stats in T20s show his qualities, he has picked up 116 wickets at an average of 20.88 in 85 matches.