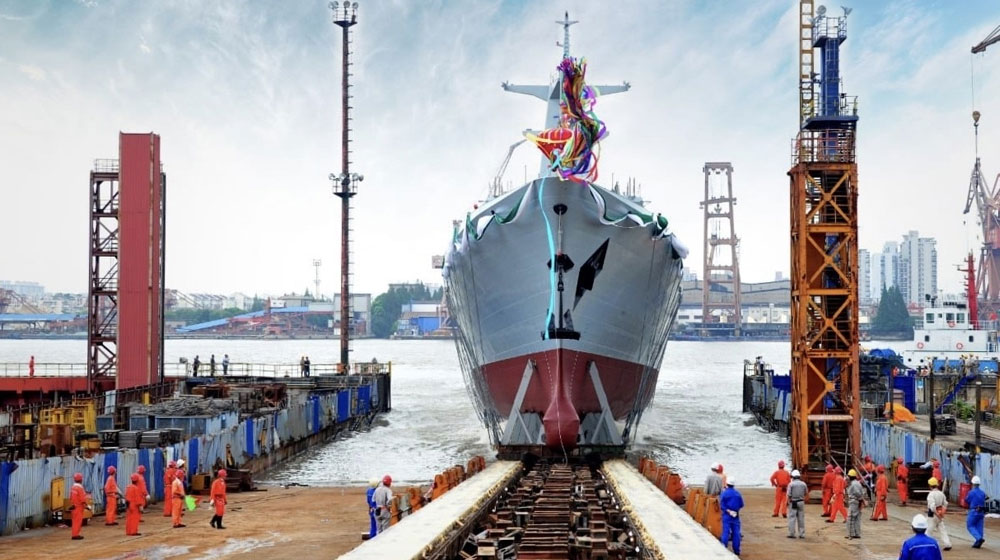 China launched the second of four ‘Type-054A/P Class Frigates’ for the Pakistan Navy on Friday at the Hudong Zhonghua (HZ) Shipyard in Shanghai.

The development comes as the two countries celebrate 70 years of diplomatic ties and historic bonds of friendship and mutual trust.

The order for the four warships had been placed in 2017, following which the first frigate was delivered in August 2020 and the remaining two are scheduled to be delivered by the end of this year.

Pakistan Navy has welcomed the launch, which it acknowledges as one of the most technologically-advanced surface platforms of its fleet.

They are fitted with the latest surface, subsurface, and anti-aircraft weapon systems, as well as a range of electronic warfare, air, and surface surveillance, and acoustic sensors, integrated through a state-of-the-art Combat Management System.

The commodore praised the timely completion of the project and remarked that the induction of the warships would significantly enhance Pakistan’s maritime defense and deterrence capabilities.

He also credited CSTC and the HZ Shipyard for their commitment and hard work as they kept this important program on track during the ongoing global pandemic.