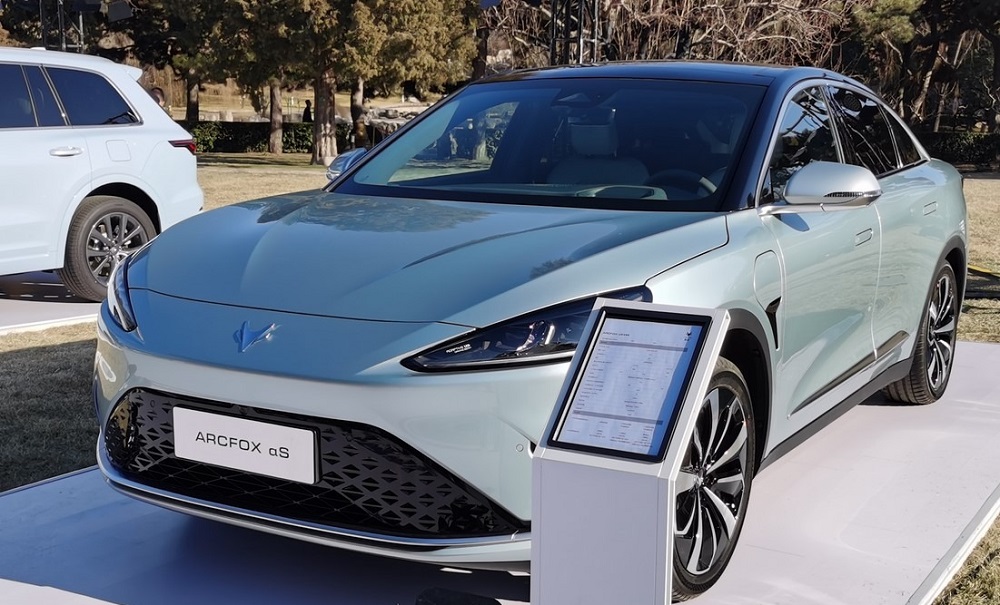 Named as the “Arcfox αS HBT,” the electric car will be officially launched on 17 April as the Chinese telecom giant explores new avenues of revenue generation after its networking hardware and smartphone businesses were restricted due to US sanctions.

According to details, Arcfox αS HBT will be the first electric car that will come with Huawei HI, a complete intelligent automotive solution that operates on the indigenous Harmony OS and lidar chip, and 5G connectivity.

The car is also capable of level-3 autonomous driving. At this level, drivers can safely take their attention off the road under certain conditions but they are required to remain alert to take back control when needed.

While addressing the unveiling ceremony, a spokesperson for Huawei said αS HBT is a next-generation, intelligent, and purely electric luxury sedan jointly built by Arcfox and Huawei.

During a media briefing last week, Huawei’s rotating Chairman, Ken Hu Houkun, had clarified that the company had no plans of manufacturing a smart car under its brand name.

Regardless of the recent claim, Huawei’s advancement in the EV industry is clear as electric cars could once again spur the company’s revenue growth.

However, it won’t be easy in an already crowded EV market. Aside from local competition from Xiaomi and Baidu, Huawei finds itself against more than 500 EV manufacturers contesting for their share of the EV industry.