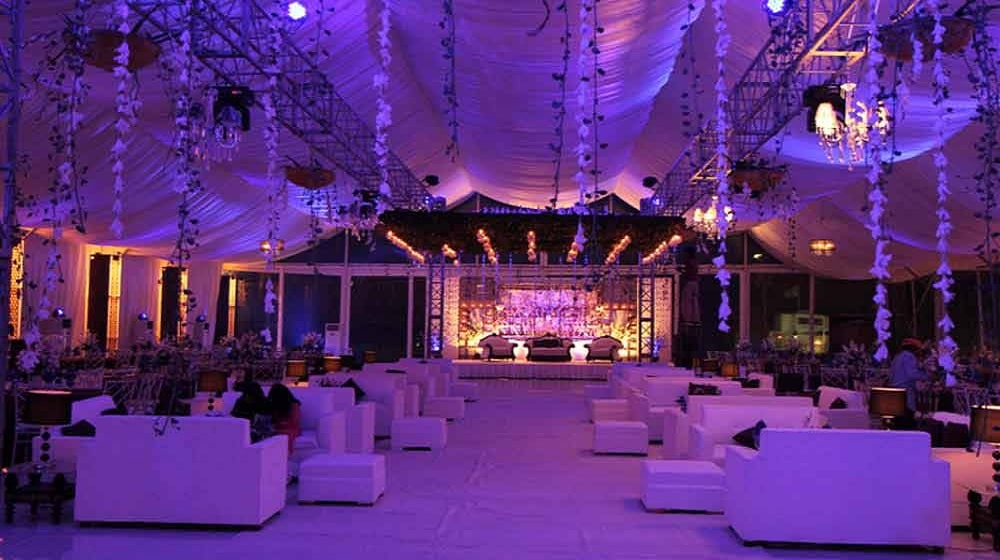 The marriage halls association has announced the resumption of their business in Karachi from today (Saturday, 19 June).

The spokesperson of the association declared that all the marriage halls, lawns, and banquet halls will resume activities from today, and added that they cannot afford the closure of their businesses any longer.

Sindh’s Minister for Information, Syed Nasir Hussian Shah, had previously announced that the marriage halls would reopen across the province from 11 June.

He had taken this decision in a meeting with the delegation of Sindh Traders Action Committee, in which he assured them that the provincial government would reopen the halls but with limited attendance.

During the meeting, the traders had demanded an end to the restriction regarding the two-day closure of business activities in a week, to which Minister Shah replied that he would raise the issue in the meeting of the Sindh Task Force.

It was also decided in the meeting that mandatory vaccination time given to the traders would be extended from 15 days to one month.