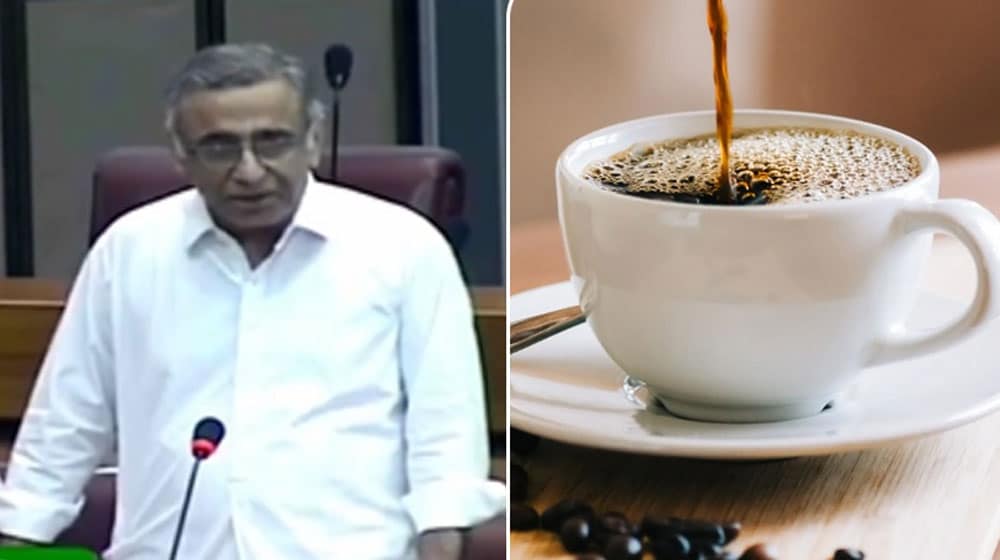 In a classic example of elitism, the National Assembly on Thursday discussed the non-availability of coffee in Islamabad due to a ban on imported items by the current government.

Mir Ghulam Ali Talpur, an MNA of the Pakistan Peoples Party (PPP) – a key ally of the united government – raised the issue of the non-availability of coffee in Islamabad.

Talpur said that due to the ban on imports, there is a shortage of coffee in the federal capital as the shopkeepers are taking unfair advantage of the ban on the import of goods.

The MNA was given assurance by the Minister of State for Interior, Abdul Rehman Kanju, that he would look into the issue himself.

However, the entire NA session, which passed “essential” bills to abolish the use of electronic voting machines (EVMs) in the next general elections and disallow voting rights to overseas Pakistan, and clip the powers of the National Accountability Bureau (NAB), did not get a mention of the drawbacks of the ban on animal food import.

The united government of 11 parties led by the Pakistan Muslim League-Nawaz (PML-N) had imposed a ban on the import of all non-essential luxury items last week in its effort to steer the country out of the existing financial crisis.A bulging import bill is part of the problem. The ban, among other problems, has put the lives of millions of pets and zoo animals at risk by banning the import of dog and cat food.

The development has led to sharp criticism from pet owners who demand the government delist pet food from the list of ‘non-essential and luxury items’ as it is actually a necessity.

Others sought suggestions for healthy local alternatives, highlighting that even vets do not recommend local pet food.

Can we please not ban the imports of pet food? There are no local alternatives #Banned

Even news anchor Gharidah Farooqi, who is a staunch supporter of the coalition government, was critical of the decision in her tweet.

Why has Govt banned Cat & Dog Food? This one is not well advised. This food is not a luxury but a necessary item for those who keep pets. Request to PM @CMShehbaz to kindly lift ban on this item since there is no local food available for these creatures. #AnimalRights pic.twitter.com/6WMu97cAlh

She requested Prime Minister Shehbaz Sharif to lift the ban since there is no local food available for these creatures.