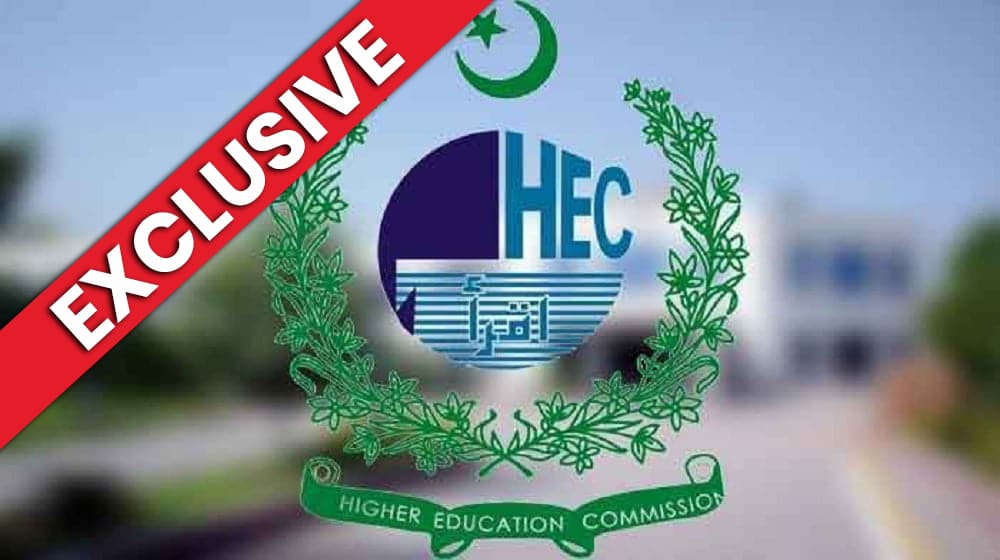 The Finance Division has approved to allocate Rs. 41.87 billion for 149 Public Sector Development Projects (PSDP) projects under the Higher Education Commission (HEC) in the budget for the FY2022-23.

According to the Budget FY2022-23 document available with ProPakistani, Rs. 60 million has been allocated for creating bilateral academic and research linkages with different countries.

Rs. 200 million have been granted for the Coastal Region Higher Education Scholarships Program for Balochistan and Rs. 350 million has been earmarked for establishing the University of Gwadar.

Rs. 152 million has been set aside for the creation of Seerat Chairs in all public sector universities. Rs. 1 billion has been granted for the Higher Education Development Program of Pakistan (HEDPP).

Rs. 50 million and Rs. 600 million have respectively been allocated for phases 2 and 3 of overseas MS/MPhil leading to PhD scholarship program.

Lastly, Rs. 1 billion has been allocated for the Prime Minister’s Laptop Scheme.

Here is a detailed breakdown of all PSDP projects under the FEPT Division: 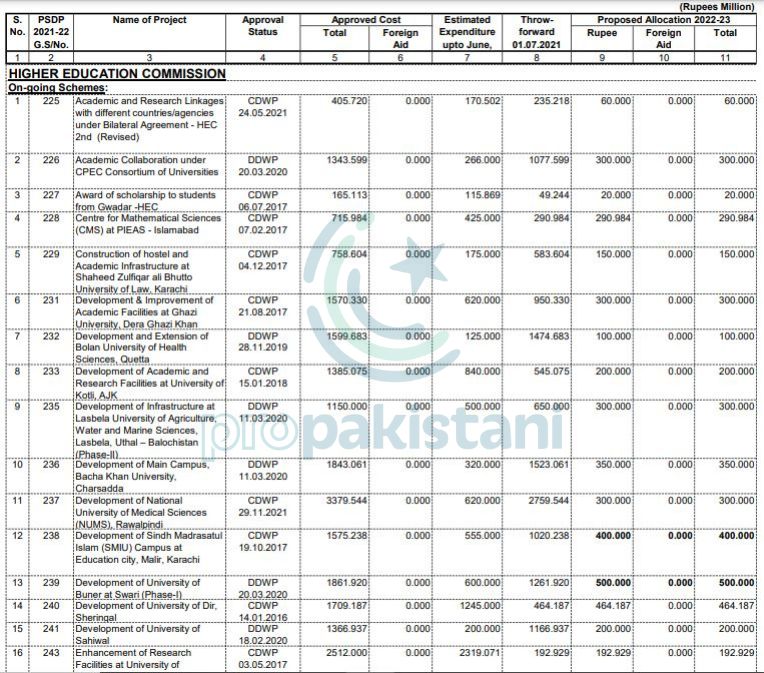 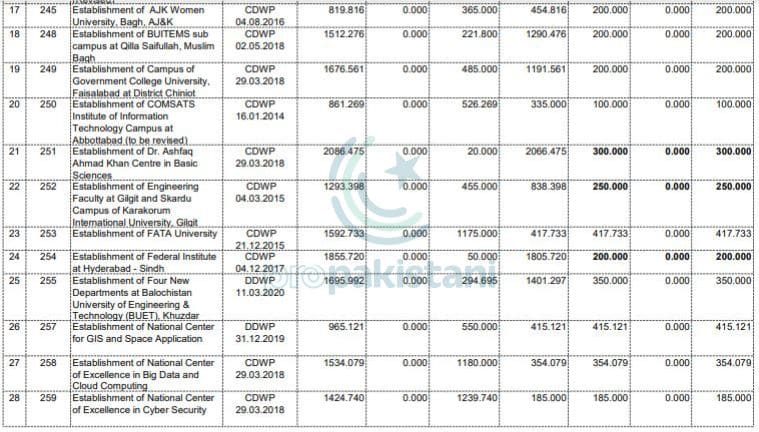 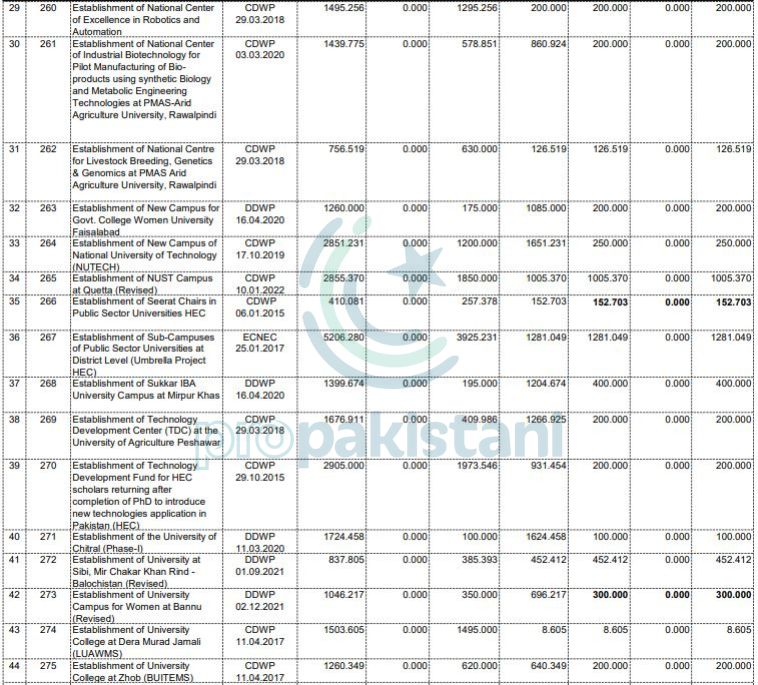 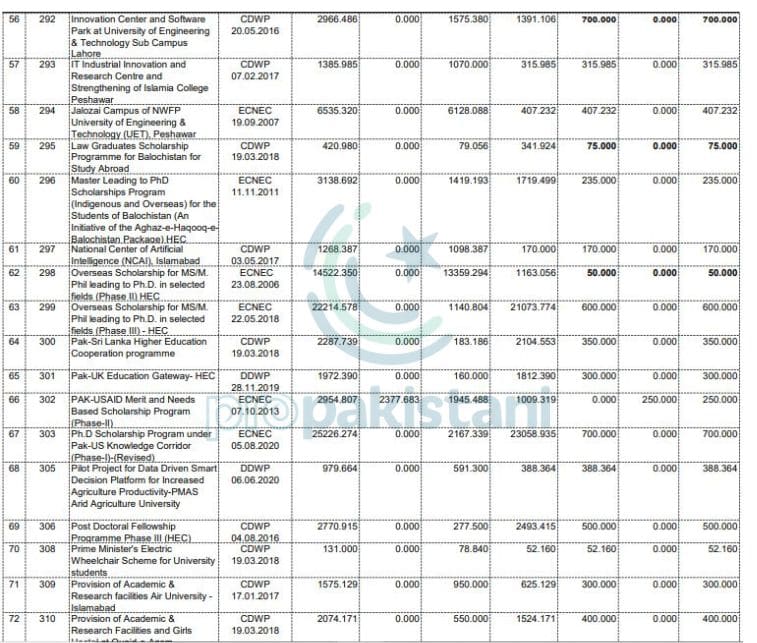 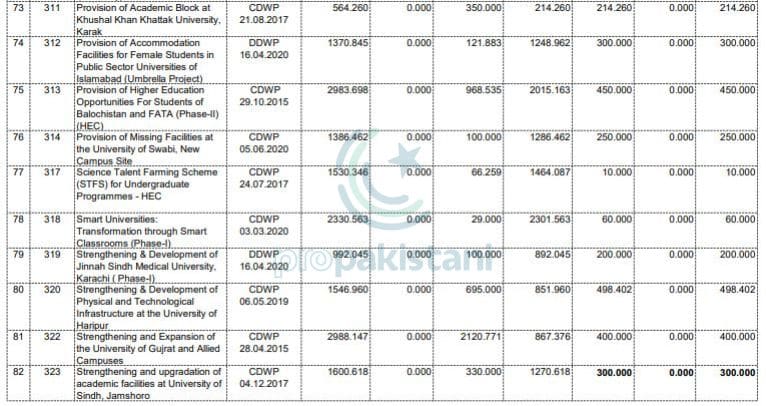 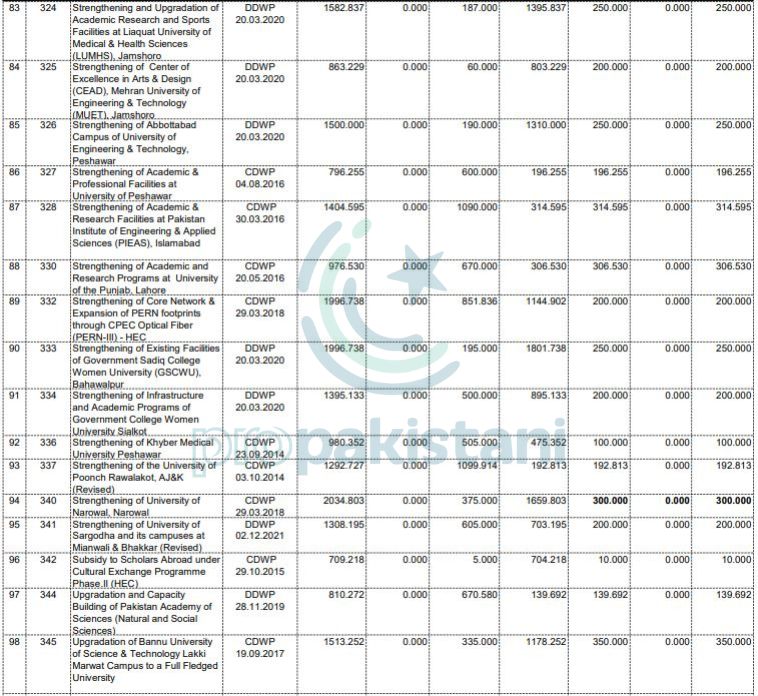 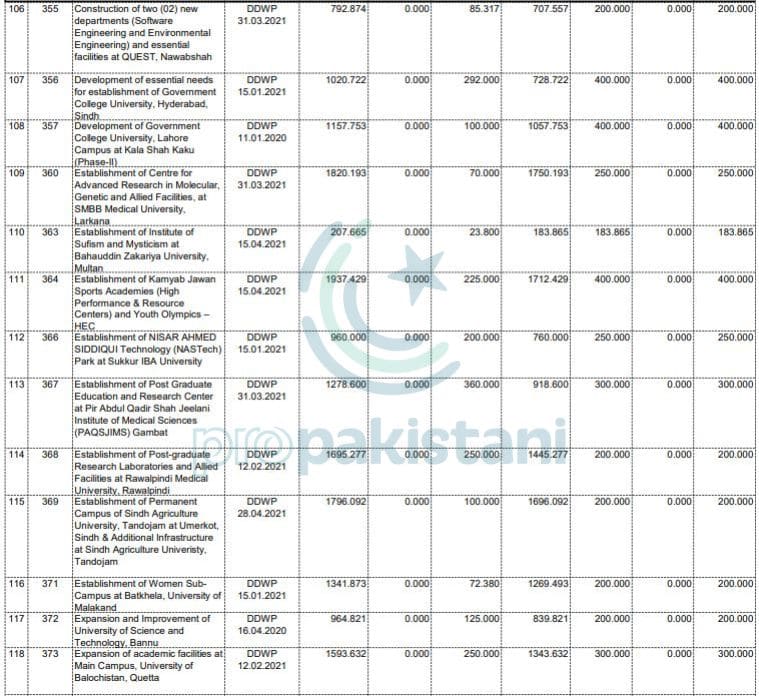 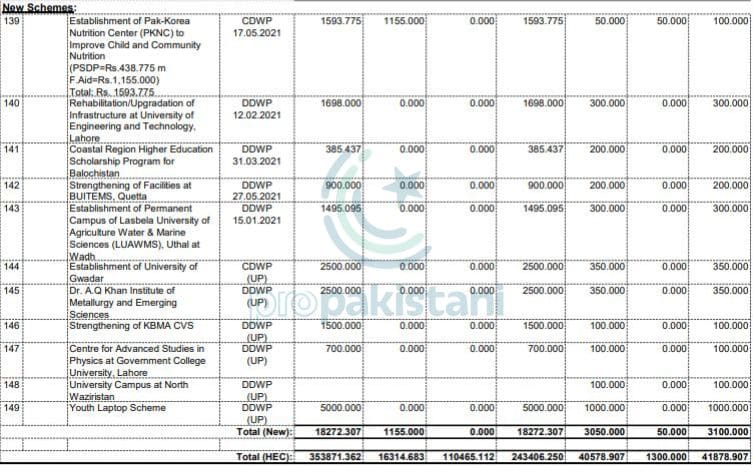