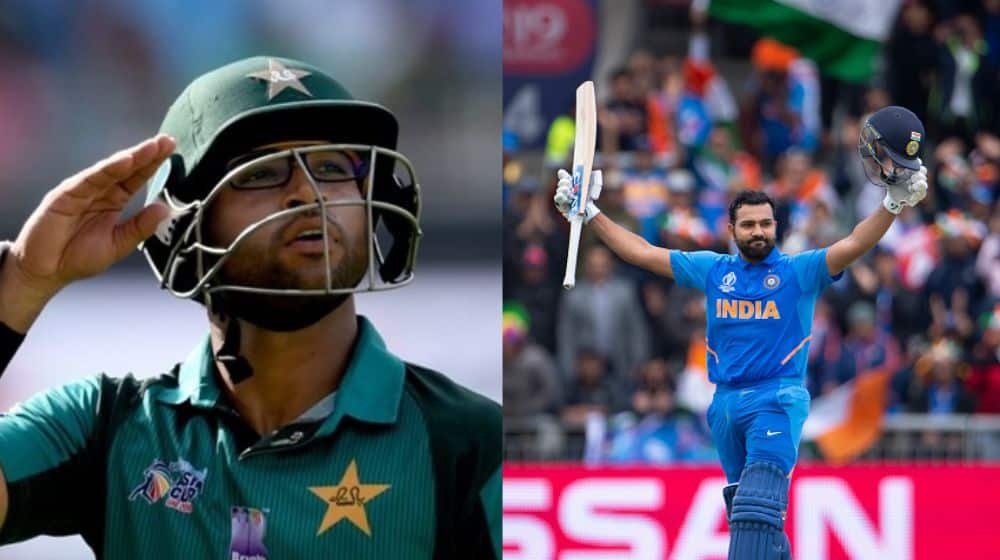 Imam-ul-Haq has rated India’s all-format captain, Rohit Sharma, as more talented than Virat Kohli, saying he has seen both of them but the opening batter has a lot of time when he faces bowlers.

I feel that the amount of talent Allah has given to Rohit Sharma,  he has not given it to Virat Kohli perhaps. I have seen both of them bat, it seems like Rohit is batting in a replay. He has a lot of time.

The left-hander further added that it was the first time he realized the meaning of timing the ball when he saw Rohit Sharma batting at the crease and called the Indian opener a God-gifted cricketer.

“The first time I realized the true meaning of timing because I mostly field at point. Virat Kohli has batted in front of me, and so has Rohit Sharma but Rohit has been gifted a lot of time by Allah,” Imam commented.

It is worth noting that both Rohit and Imam played in the 2019 World Cup clash, in which the Indian opener smashed the Pakistani bowling attack all over the field and scored 140 runs.

The in-form opener went on to say that Rohit has the ability to change the game in a flash and that he would be happy to perform for Pakistan as Rohit does for India.

“He is one player who can change the game in two seconds. When he is set, he can hit at will. My wish is to give influential performances like Rohit. If I play that style of cricket for Pakistan, I would be very happy,” he concluded.