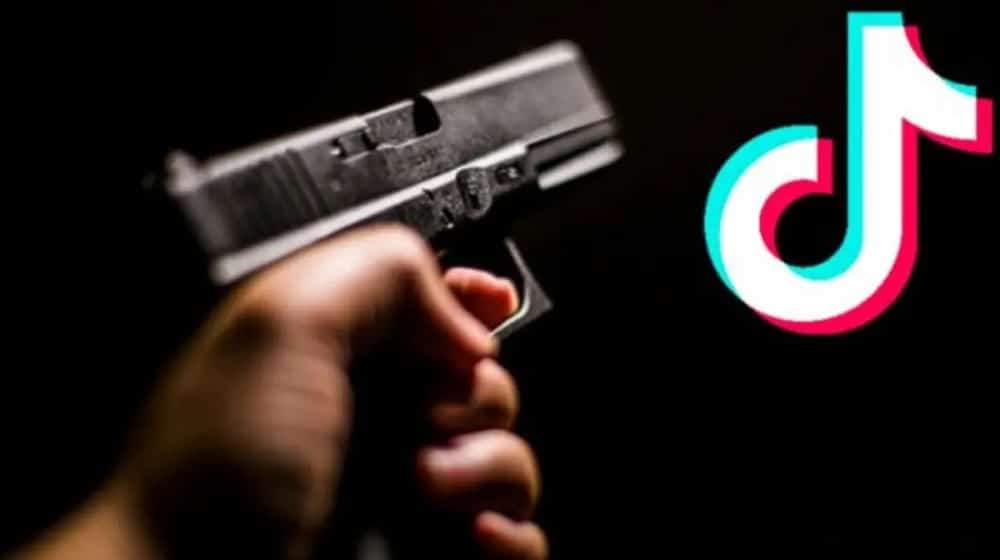 A teenager TikTok from Lahore accidentally shot himself in the leg while making a video with a pistol that he got from a security guard.

The incident reportedly occurred at the EME society in Lahore, as per the initial reports.

ALSO READ
TikTok is Working on a Spotify Rival

It was learned that Ghulamullah, 18, borrowed a loaded gun from a security guard to record a video for TikTok but accidentally shot himself in the leg in the process.

His cousin, Babar Hussain, rushed him to Jinnah Hospital where he received treatment. The doctors eventually declared him to be out of danger but he is still under treatment.

ALSO READ
Government to Crackdown on Signal Jammers in Pakistan

A similar incident transpired in May when another teenager shot himself dead while making a video at his home in Bhit Shah Town, Matiari district, Sindh.

The Station House Officer (SHO) of the Bhit Shah police station, Karam Ali Umrani, stated that Taha Rajpoot, 14, was alone in his bedroom when his family heard a gunshot and rushed to his bedroom. They found the door locked from the inside and forced it open but found that the boy had already died.

The SHO, who observed the crime scene, detailed that Taha was apparently filming a TikTok video when he either intentionally or accidentally shot himself. He added that the incident was being investigated to determine whether it was an accident or suicide.