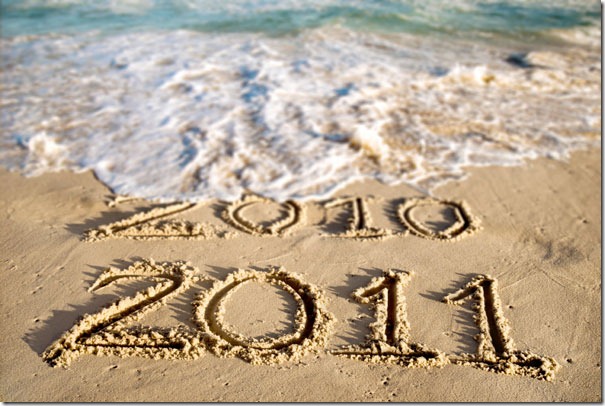 As the sun sets on 2010, the cellular industry prepares to calculate their windfall and achievement against strategies that were incorporated earlier in January.

A couple of billion in the corporate kitty is good enough to ensure that the start of the next year is in a positive and encouraging mode, rather than the fear of an axe hanging over the head for the hardworking workforce.

Let’s begin with the numbers; after all, for all the players in the cellular industry, nothing is more important than numbers.

In terms of subscribers, and putting aside the argument over the metrics used for the calculations, Mobilink will end the year still at No.1 with around 32 million; this demonstrates a good effort on account of a tough couple of years for the company in the face of heavy competition.

Telenor will be No.2 with around 24 million subscribers, supplementing the positive trend that the company has shown since its entrance to the market over 5 years ago.

Ufone will round out the top 3, and should finish 2010 with around 20-21 million subscribers.

The overall effect for the industry has been better than other sectors, with any great impact of the fiscal or economic pressures not quite resonant in the results. The biggest proof of this fact is the PTA’s announcement in September on the crossing of 100 million mobile users in Pakistan.

However, the picture is not as green in the investments portfolio for cellular companies, which have had to scale back heavily from any large-scale projects since 2008.

From a 17% share in Pakistan’s Foreign Direct Investment (FDI) in 2009, the 2010 figure for investment in the telecommunication segment is estimated to be around 14 to 15%, with the cellular sector remaining the front player.

In light of the economic and political climate that Pakistan is experiencing, one would consider this figure as an acceptable one. But if we scan a little closer, there is another metric which is appearing to play a role in the investment plans of all the cellular players; market saturation.

As per PTA figures, Pakistan now has over 60% mobile consumption by population. Knowing that 35% of the country is below the poverty line, and quite unlikely to become a subscriber in the current environment, the competition in the market appears to have tapered around the existing base.

For the industry, investment seems to have been more focused on introduction of services and cost-value benefits, rather than quality and coverage enhancement.

On the corporate front, each one of the five cellular players has had some interesting facts come to light. Well, for Warid, the interest has not been in the good light. The Abu Dhabi Group-backed company has not managed to get its affairs in order and while optimism seems abound on its performances, the numbers have yet to provide any credibility to the cause.

After the 2009 rumor of an acquisition by Telenor, the 2010 rumor that remains alive as of date is an acquisition by another competitor. Even with another attempt to re-package its product portfolio and market using a new advertising campaign, figures released by PTA for active subscribers for Warid shows a drop when compared to last year. The best estimate now places the company to carry over 14 million subscribers with it into 2011.

Zong, on the other hand, has done the opposite of Warid. Rapid expansion of coverage with a 50% increase in cell sites in the last 2 years, and a very concentrated effort to align its product portfolio towards a particular market segment, has allowed the China Mobile unit to push up the subscriber numbers.

It is estimated to close the year at just around 8 million subscribers. There have, however, been some rumors afloat on the possible sale of Zong by its colossus Chinese parent, but these have yet to have any sound reasoning to have credibility.

Even on the branding and marketing front, Zong has taken strides towards a more professional attitude and approach, portraying a good understanding of the market segment that they wish to target with their offerings.

Creation of value in this tough economic climate remains the key to success for now; Zong has managed to pull this off quite reasonably.

Putting aside the price-war, which saw some of cheapest rates ever being offered, 2010 has been a battleground for the top 3 companies in Pakistan’s cellular market in each and every other metric too.

Value-enhancement and added services continue to be introduced, and the shift towards data usage is coming at a strong pace. Ufone has remained true to form by marketing a new offering every fortnight or earlier, using its standard flavor of marketing.

Telenor continues to showcase its experience in the telecommunication sector, and has simplified its offering for each market segment to ensure clarity and a concentrated reach.

Mobilink has awoken from its slumber and come out with new packages on the post and prepaid fronts, hoping to capitalize from deficiencies in competitor offerings.

The biggest win for consumers has been the introduction of free minutes on all networks by all the companies. While some had been doing this for a while now, the ground is set for it to become an industry norm.

For 2011, the price-war seems likely to continue, but the seeds have been planted for battle on another front: handsets.

While Blackberry device offerings have been the norm of the cellular industry, a shift has developed in enhancing the portfolio and introducing other devices. Zong brought out a handset at varying price levels, Ufone did the N8 and C3 promos, and Mobilink showed its high-level status by bringing the HTC HD7 and Samsung Galaxy Tab.

Telenor, which is regarded as the carrier with the best data network, has refrained from entering this front. However, with the expectations that other carriers are improving their data services, it is likely that Telenor will act in the near future.

Wishing the cellular industry an interesting 2011. Surprise the consumer, if you can!