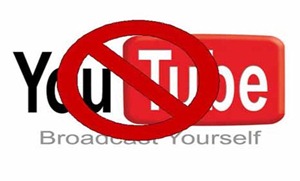 Reports that we are getting from Pakistan Telecommunication Authority, Ministry of IT and Telecom and from what it appears from Google’s stiff position and decision for not deleting anti-Islam video or even blocking its access locally in Pakistan, we are somewhat certain that YouTube isn’t getting unbanned in the country anytime soon.

YouTube ban in Pakistan, which has now entered into its third week, is seemingly going to last for long, especially when Google is not in any mood of blocking the access of anti-Islam video in Pakistan, unlike it has done in several other countries.

PTA and MoIT officials, during their interviews with ProPakistani, were determined that YouTube will remain blocked unless Google decides to take the video offline – internationally or at least locally in Pakistan – since the decision is covered by a court order.

PTA officials, who wanted to remain unnamed, told me that procedures were initiated to get the video clips blocked in Pakistan, but YouTube didn’t respond positively as Pakistan has no legal control over the company.

When asked if MLAT (Mutual Legal Assistance Treaty) – an agreement between two countries for gathering, exchanging and enforcing public and criminal laws – is an obstacle because Pakistan hasn’t signed MLAT with USA, the PTA officials explained that USA doesn’t have MLAT with Libya, Indonesia or Singapore too, where the company chose to block the video due to US government pressure or on-ground offices in those states.

PTA officials said that countries, where Google has its physical presence or has infrastructure (datacenters) in place, were better positioned to get the movie clips blocked.

“Unlike Google, Facebook had removed the blasphemous content from its website for users in Pakistan and was hence unblocked after two weeks in 2010. Google, however, has decided otherwise and this is why it will remain blocked until it acts”, the official said.

When asked about the future of YouTube in Pakistan, PTA officials said that Google will have to play sensibly by removing the video clips from its website if it wants to retain its customers in Pakistan.

“Prime Minister will not order the restoration of YouTube, unless the anti-Islam video is accessible in Pakistan”, confirmed us an MoIT official who is keeping a close eye on the whole situation. Statement of MoIT official made more sense at a time when PPP government is facing reputation issues and is vigorously preparing itself for next general elections.

YouTube ban has disrupted variety of other Google services, causing serious performance issues for individuals and businesses in the country. Android, Google’s mobile operating system, is so badly impacted that almost no service, including Gmail, Maps, Contact Sync, Play Store, is functional making all Android devices almost useless. There are sorts of Google’s web services also not accessible to users in Pakistan due to YouTube ban.