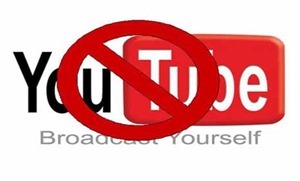 Naveed Qamar, federal defence minister, has assured the National Assembly or lower house of parliament that government will open the access of YouTube in Pakistan before dissolution of assemblies, i.e. with-in less than a week and a half.

Mr. Qamar said that government is seriously considering to unblock the video sharing website in the country, which was banned on September 17th, 2012 after a anti-Islamic video shared on website had crippled large scale protests from Muslims in Pakistan and worldwide.

Mr. Naveed Qamar, who was responding to a question raised by Shazia Marri, a lawmaker of the ruling Pakistan People’s Party, said that a decision on whether to unblock YouTube “would be taken within a couple of days”.

Ms. Marri had maintained that blocking YouTube is not the ultimate solution. She said that YouTube was blocked last year and enough time has passed by now after which government should consider to unblock the website.

Shazia Marri insisted that Interior Minister and other concerned bodies should devise a plan to get YouTube unblocked in the country.

It merits mentioning here that a recently held talks between Pakistan Telecommunication Authority and Google for blockade of anti-Islamic content in Pakistan failed.

Pakistan Telecommunication Authority has reportedly tried several times to convince Google for the blockade of anti-Islamic content in Pakistan, however, it is strange that Google is not agreeing to block such videos on the demand of Pakistani government, while it has done so in several other countries.