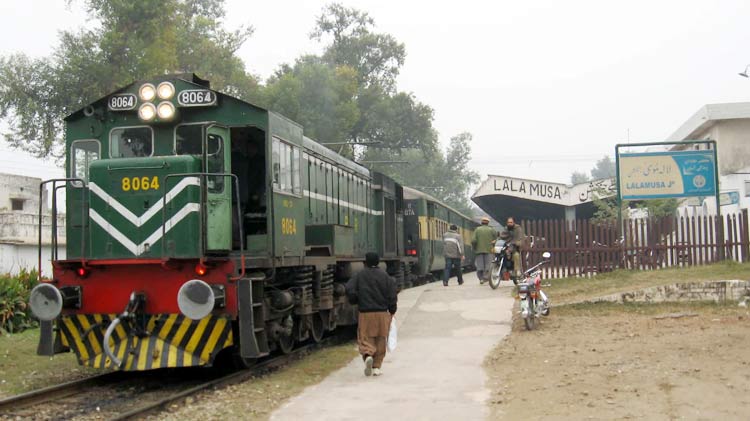 We recently requested the ruling government to stop damaging the tech sector by announcing and then re-announcing the same project over and again for the sake of cheap publicity.

A project is announced for the first time, then there’s a media silence on it. Then it is re-announced for second time when execution starts, as if its a new project.

During the project execution, considering its a short project of say six months, its re-announced again at least twice during the deployment phase.

Till the project is inaugurated, there are usually 3-4 announcements, as if they are announced for the first time.

All with same info, nothing new, nothing added. Just re-announcements, as if its a new project.

Pakistan Railways, while keeping up with the modus operandi (a.k.a tareeqa-e-wardaat), today announced yet again that they are launching an electronic ticketing system and free WiFi for passenger trains.

Patting Itself in the Back, Multiple Times

National Railways department had announced that it would be launching an online ticketing system back in March this year. Since then, the announcement has been repeated at least three more times, each time carrying the same information, all for the sake of praise.

Even the free WiFi news has been announced a few times since its first announcement in August.

Today, we are hearing about the news yet again. Most popular news agencies have covered the story after it was released by the Associated Press of Pakistan again.

Even The First Announcements Weren’t Correct

The first time announcements regarding the online ticketing and free WiFi weren’t completely accurate. It wasn’t the first time that these options were made available to the passengers.

Free WiFi was in fact first launched for the business class two years ago while the online ticketing system was already available in 2008, but was taken down and relaunched by the new management this year.

in fact the government departments failed to complete these projects as the Free WiFi and online ticketing systems aren’t fully functional yet and require more time according to the official sources.

We ask the Railways Ministry to, at the very least, complete the projects instead of announcing the same project with a new “expected launch date”.

Similar Occurrences in The Past

Not so long ago Ahsan Iqbal announced that 5G services would be launched in Pakistan soon. The claim was not only far-fetched, considering that 3G/4G adoption is still under process, but also completely false.

Mr. Iqbal, when shamed, had to clarify that his initial statement wasn’t “correctly portrayed”.

The Punjab government also announced a job portal, one which was already active since 2013. It was re-announced as a new product last year. PITB has also been following suit by announcing the same projects several times (Yes, we are talking about the free WiFi project).

We have seen the news go public several times, but for the sake of our readers and to maintain our quality and standards, we try not to repeatedly publish the same thing again and again.

We request government departments to stop this nonsense and actually work on new projects rather than making the same announcements several times. The public is not going to fall for it and it will only hurt the actual projects credibility when you keep changing the implementation times but never fully implement a project.