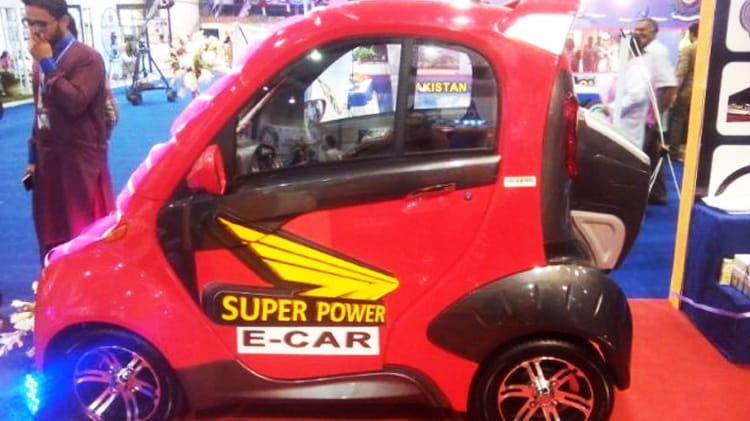 Super Power was one of the first brands to have introduced electric motorbikes and now, they are focusing on the launch of electric cars in Pakistan.

Popularly known as a motorcycle brand locally, Super Power has unveiled two of its electric cars at the ’14th My Karachi-Oasis of Harmony’ exhibition recently.

The cars were showcased during the three-day exhibition at the Karachi Expo Centre. 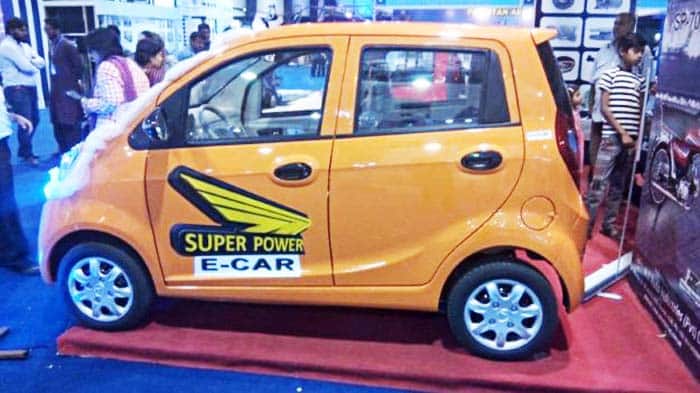 N.J Auto Industries Marketing Executive, Abdul Muqsit spoke to media outlets and stated that the company hopes to start the sale of the electric cars in the next three months.

Its target market is not specific. People from all age groups can drive this car.

We believe the market for E-cars market will grow much faster in the coming years so we have decided to enter this market.

Two variants of the electric vehicles were launched –  two-door and four-door. They are priced at Rs. 600,000 and Rs. 650,000 respectively and are expected to launch in Pakistan in the next 3 months.

The vehicles are capable of going up to a maximum of 50km/h. On a 7-hr charge, they can travel a total distance of 120km.

The vehicles pack a battery of 12 volts, and it can be charged in homes the same way anyone can charge a UPS. Muqsit added that this was necessary given the state of Pakistani households and the lack of infrastructure. This will remove the dependency on an outdoor station or a dock. 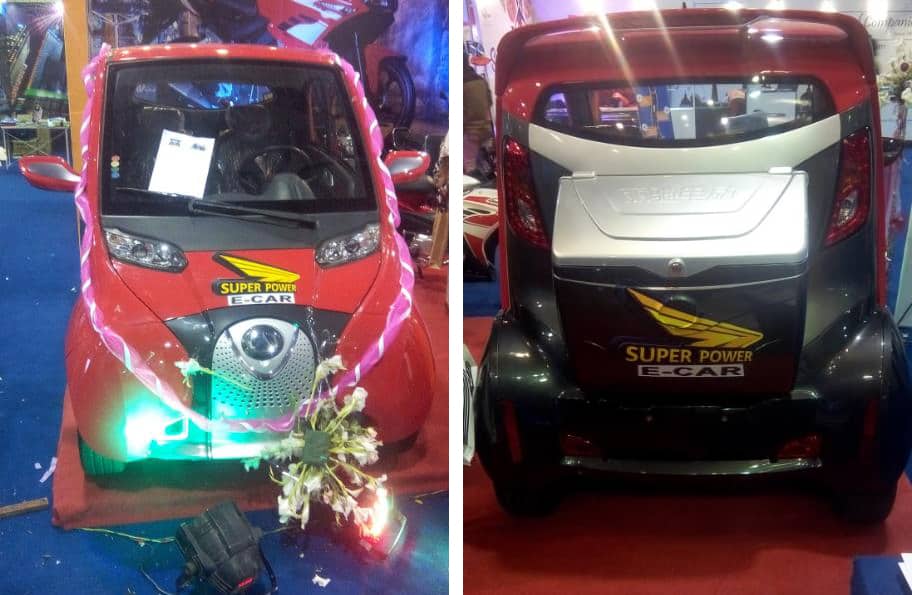 Information gathered from the exhibition by the media outlets claim that the electric vehicles will be imported from China, which is one of the largest markets for electric cars in the world.