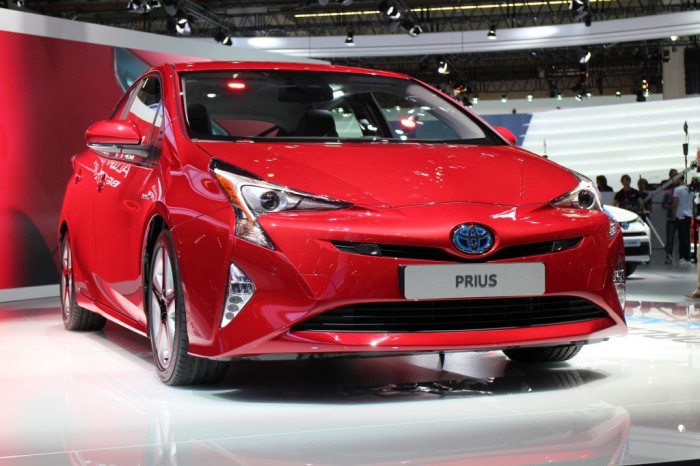 Pakistan’s auto industry has been on a rise despite the monopolistic control of the top three car manufacturers. Car sales crossed 230,000 last year and have continued to grow by 10 to 15 percent every year. Similarly, bike sales are higher than ever at 1.21 million.

Billions of rupees are being invested in Pakistan’s auto industry with the New Auto Policy offering ample incentives to newcomers. While new investors are only now realizing the potential in Pakistan’s auto market, the current players have seen unparalleled growth during the past few years.

Indus Motor Company (IMC) is a local car manufacturer which has a joint venture between House of Habib, Toyota Tsusho and Toyota Motors Japan. The company has been in operating in Pakistan since 1990.

Toyota and Daihatsu vehicles, auto parts and accessories are assembled or manufactured at IMC’s plant in Karachi.

Honda Atlas is joint venture between Honda Motors and the Pakistani Atlas Group. It is an authorized assembler and manufacturer of Honda branded cars in Pakistan since 1992.

In 2012, the car manufacturing company’s stocks were worth 11.00. With the rapid growth in recent years and improved brand recognition, the value now stands at an astounding 828.00. That’s a rise of 7527.3%.

Pak Suzuki Motor Company is the Pakistani affiliate of the Japanese automaker Suzuki. It is a joint venture between the government of Pakistan and Suzuki Japan, however, since then Suzuki has increased its shares from 25% to 73.09%.

All vehicles from Suzuki or its subsidiaries are assembled and distributed by Pak Suzuki in the country.

Suzuki’s stocks were valued at 73.50 five years ago. Today, that value has increased by ten times to reach 735.0 largely due to the company’s huge market share in the country.

The company has been operating in Pakistan since 1981 and is the authorized assembler and manufacturer of Nissan and JAC vehicles in Pakistan.

Nissan has seen the highest growth in stock values over the past five years. Its growth percentage is astonishingly high at over 100 times the lowest value in half a decade. Stock value as risen from 3.80 to 406.00 as of April 2017.

Dewan Farooque Motors is a local corporation and a part of the Dewan Mushtaq Group. The Karachi based automobile manufacturer has been functional since the 1998.

While the company shut down production in 2009, it is all set to make a comeback by relaunching brands like KIA in Pakistan.

Established in 1963, Ghandhara industries is a well reputed truck and bus manufacturer based in Karachi. It is the authorized distributor assembler and manufacturer of Isuzu vehicles in Pakistan.

HinoPak is the largest truck and bus manufacturer in Pakistan. Based in Karachi, it is the only authorized manufacturer and assembler of Hino vehicles. It has been operational since 1985.

The company has always received interest from investors but the past five years have seen it grow tremendously. The company’s stocks were valued at 64.11 in 2012. Today, they stand at 1914.15 after an increase of about 2985.7 percent.

The company’s stocks were valued at 114.00 five years ago. Rapid rise motorcycle demand has increased investor interested raising the value to 648.00.

Ghani Automobile Industries – Up by 899%

Ghani Automobile Industries is a local automobile and motorcycle manufacturer. Since its inception in 2004, the company has gained a significant share in the local motorbike and rickshaw market.

Sazgar is another local manufacturer headquartered in Lahore. Most rickshaws we see in Punjab are developed by this company. After announcing its intent to spread its manufacturing capacity, the company has seen investor interest rise as its stock value has grown from 16.25, in 2012, to 110.90 in 2017.