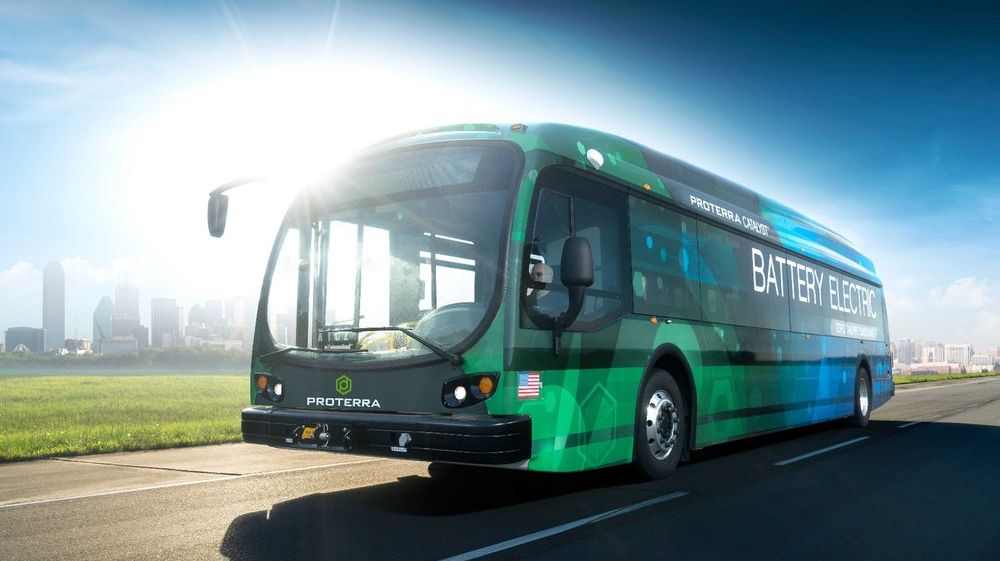 Heavy-duty electric vehicles are the future of transportation and the Silicon Valley start-up Proterra just proved it. The Tesla of buses (as its often called) has achieved a tremendous milestone having set the record for driving 1101.2 miles (1772.2 kms)on a single charge and soon the time may come to bid farewell to the diesel counterparts which have dominated the transportation industry till now.

In other words, this means that the bus can travel from Islamabad to Lahore at least 4 times on a single charge.

This is a breakthrough achievement in the heavy-duty vehicle space, and while Elon Musk has geared up the hype for Tesla’s electric Semi-truck, the battery-powered bus provider Proterra has just announced a new range record.

Proterra tested the long-range variant of its Catalyst E2 bus at the Navistar Proving Grounds, Indiana. The existing version of the bus had the capability to cover 350 miles on a single charge.

The battery-tech is constantly evolving and the market is already preparing for the transition, moving from diesel-powered heavy-duty vehicles to electric-powered buses.

Proterra CEO, Ryan Poppe, believes that long-range electric-powered buses are the future, saying, “Driven by the best cost savings-per-mile, we believe the business case for heavy-duty electric buses is superior to all other applications, and that the transit market will be the first to transition completely to battery-electric powered vehicles”.

Proterra recently opened a new battery production unit in Burlingame, California in a bid to expand its battery production operations for the E2 buses. Having started in 2004, Proterra has been constantly working to improve its battery tech and to achieve their goals of developing heavy duty batteries, the company has collaborated with LG Chem.

The bus managed to set the new record in controlled conditions and at a speed of 24kms (roughly the average speed of a bus on a journey). However, it does show that Electric vehicles are catching on and its quite possible that these might replace conventional fossil fuel powered vehicles.

The 40-foot buses are being sold at $700,000 per unit and Proterra has sold 400 units in the United States as of June, this year. The latest variant will eventually be available for sale, CEO Proterra says.

The price, however, remains the biggest challenge for Proterra considering the fact that the diesel buses cost around $500,000, however, the transit bus provider has introduced a new financing model to offer their buses at roughly the same price as diesel buses.

Proterra’s IPO is scheduled in 2018 and the company has already raised $195 million.