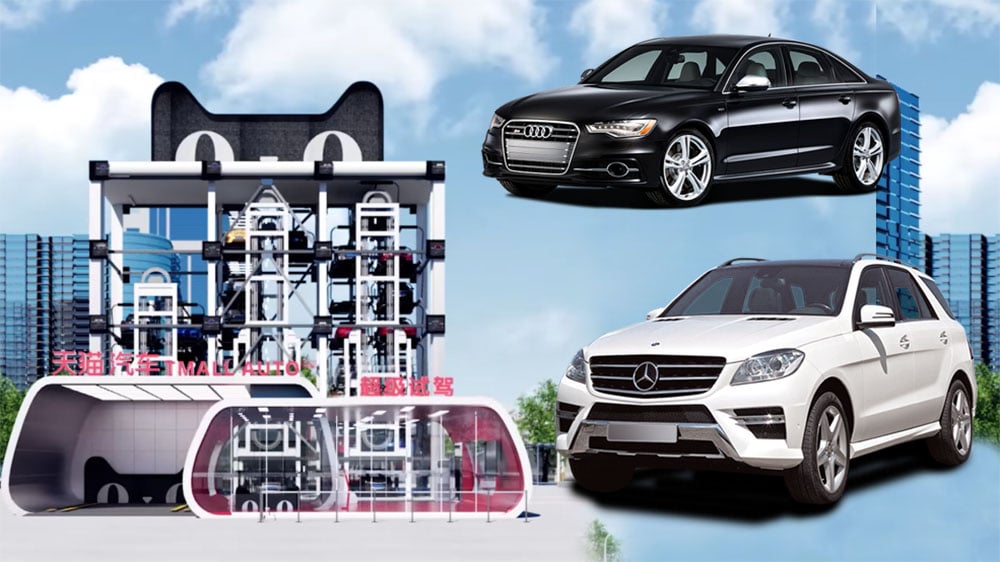 Yes, you’ve read that correctly. Alibaba has proposed a vending machine for sales of vehicles in a recent announcement. Moreover, the company has provided the details of what exactly this vending machine will look like. The futuristic buildings of ‘Car Vending Machines’ will look like a bigger version of kids’ toys.

Alibaba is on a mission to integrate the offline market with the online sales platform. The recent investment of USD 2.9 billion in hypermarket operator Sun Art and the announced of this ‘gigantic vending machines’ project are prominent examples of its mission.

How does the Car Vending Machine work?

The customer can either buy a vehicle after a test-drive or arrange to test a different model via Taobao app.

According to Alibaba, two stores, one in Shanghai and the other in Nanjing, will be opened in January to help the customers in buying a car as easily as buying a can of soda. The company revealed that it is planning to open more outlets across China later in 2018.

The company’s policy, to allow the potential customers to take a car for up to three days to test-drive it, is a risky business and Alibaba is relying on its own financial resources to keep the track of borrowed vehicles. Moreover, the company will also allow the customers to test-drive as much as five vehicles in just two months which, according to Alibaba, will “increase” its potential customers.

The customers will avail a free test-drive only if they’ve reached a certain score on their Zhima credit-scoring service and are also a super member of Alibaba.

This is not the first time Alibaba is taking big steps. Previously, it had also sold other large tickets like airplanes and expensive vehicles online. This time, with the cars’ vending machine concept, the company wants to blend online retail with physical retail.

Other countries like Singapore and Germany are also working on the Cars Vending Machine concept. Accordingly, Singapore has launched a similar showroom this year, and Germany and Nashville have identical showrooms for quite a while now.