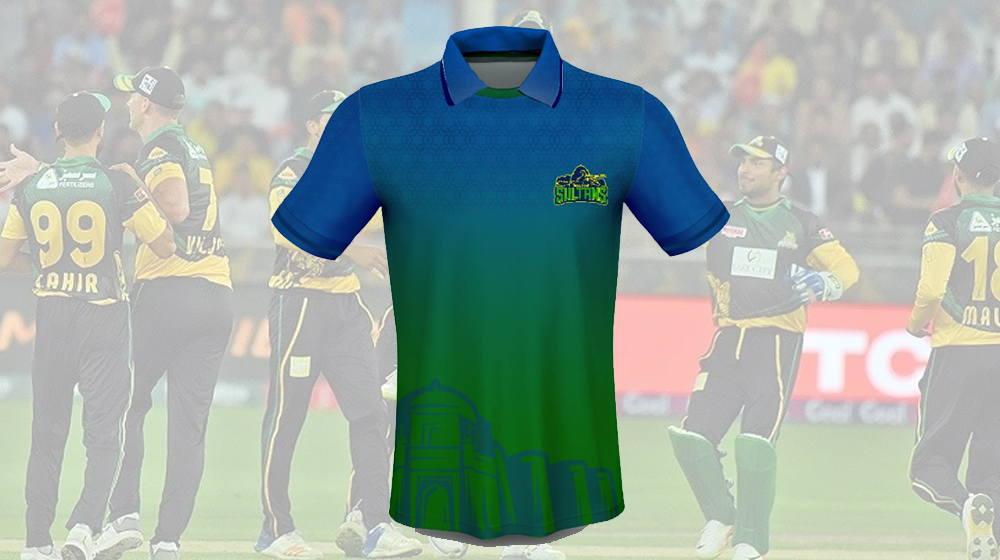 Pakistan Super League (PSL) franchise, Multan Sultans, has launched the official jersey for the 2019 edition of the league. 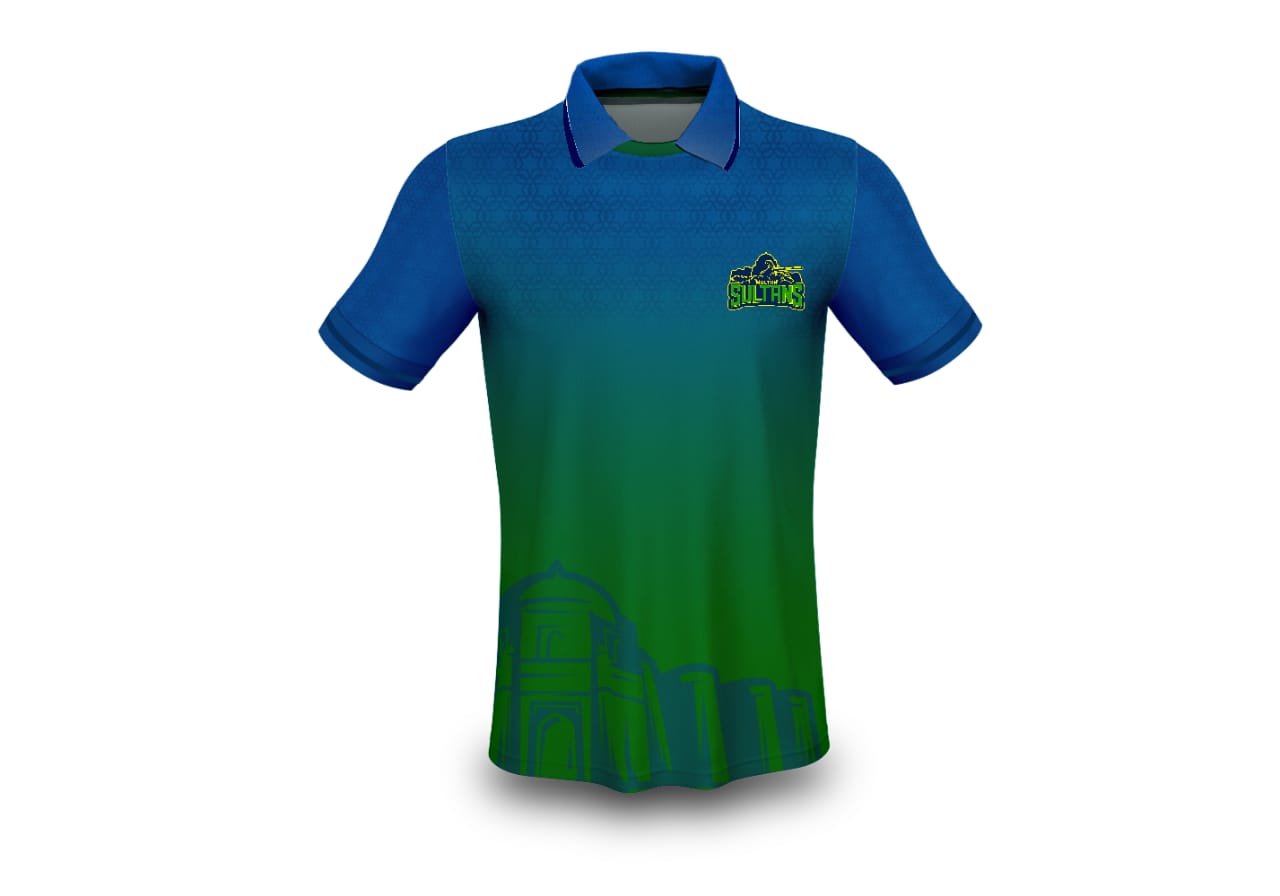 The shirt comes in green and blue with team logo at the top left, complemented by a geometrical pattern in blue and the iconic shrines representing the city of Saints as well as South Punjab.

The shirt has a gradient design with blue at the top and green at the bottom with the logo size reduced when compared to the previous kit. 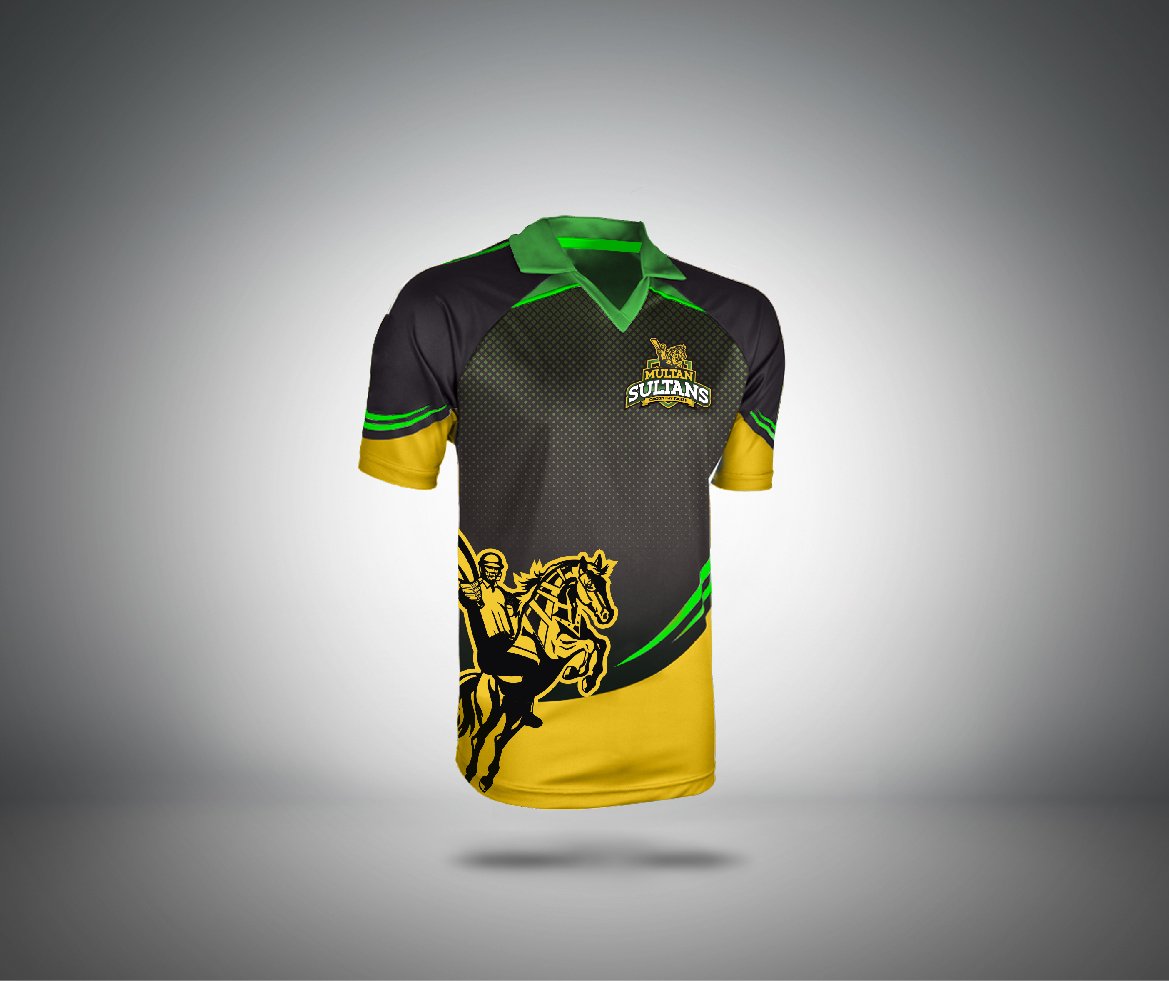 There is a stark difference between the two jerseys. The color combination and design are totally different with 2018 edition shirt designed in yellow, green and dark grey combination and a batsman riding a stallion at the bottom right. The stallion has been replaced by the characteristic religious shrines in the new shirt.

Multan Sultans is a new entrant in the PSL, which made its debut in 2018, finishing 5th in the first appearance. With ownership changed from Schon Group to Ali Tareen led Consortium, the franchise has been more dynamic and energetic than the previous edition.

Before buying the franchise, Ali Tareen had vowed to continue with Multan’s name, therefore the team name has been kept the same despite the owner’s Twitter poll suggesting the new name to be Multan Malangs.