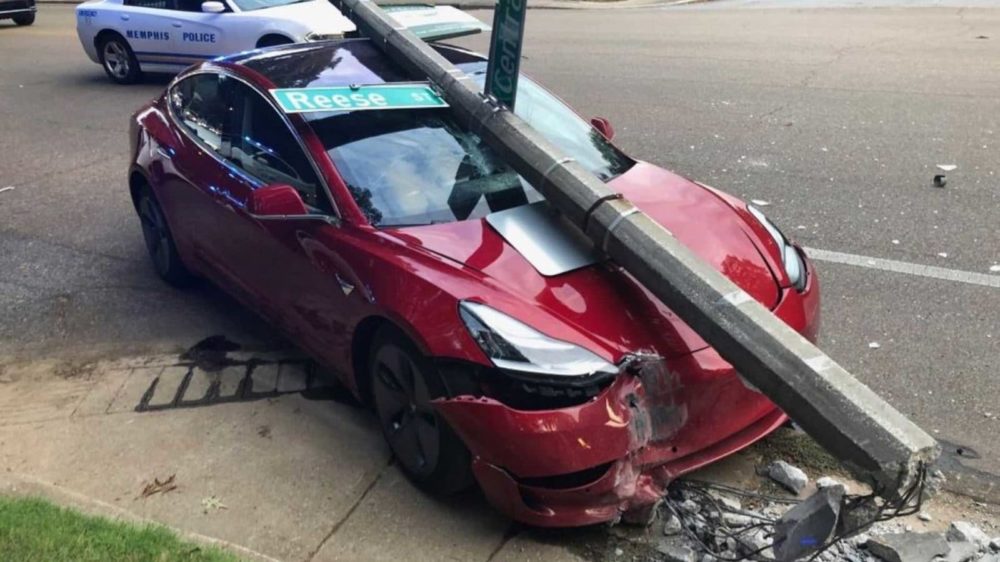 The Autopilot driving system is still a work-in-progress, as is evident by the multitude of incidents involving Tesla’s electric vehicles. Three of these have resulted in fatalities and put the idea of autonomous driving under question, is it really safe?

Last year, a Model S ran a red light in California and crashed into a Honda Civic, killing two people. And on the very same day, a Model 3 rammed into a parked firetruck, killing the passenger in the Tesla. In another case, a Model 3 hit a police car in the USA.

One of the aspects to look into is the human element, as backed up by the latest Tesla crash – which was caused by the driver. In the video uploaded by the owner, we can see the person going at a staggering 120kmph in the rain at night and using a Mobile phone to narrate and record the foolish stunt. We can clearly see the car is asking him to “put hands on the wheel” which went ignored, and the car subsequently slipped and crashed.

See the video below:

Tesla has stated multiple times that the Autopilot system has been put in place to help drivers, but they must pay attention to the road at all times and be prepared to intervene at moment.