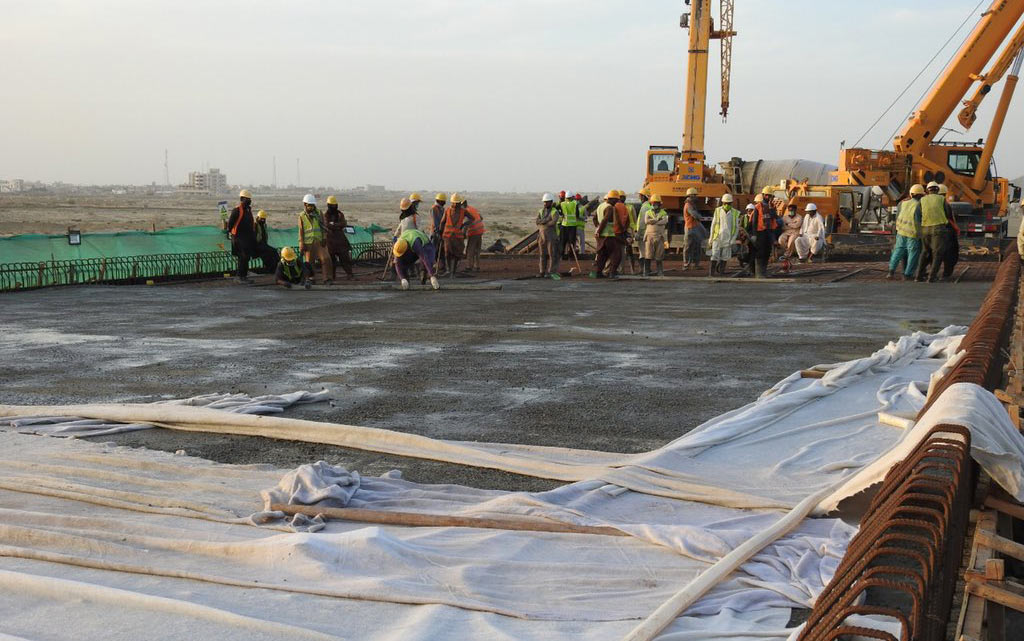 The 5th Meeting of the Joint Working Group on Gwadar was held through a video link, today.

The meeting was co-chaired by the Secretary, Ministry of Planning, Development, & Special Initiatives (MoPD&SI), Mathar Niaz Rana from the Pakistan side, and Director-General, National Development and Reform Commission (NDRC), Ying Xiong, from the Chinese side.

The meeting reviewed the progress of projects in Gwadar. Both sides expressed satisfaction over the progress made in port development and the Chinese side appreciated the support provided by Pakistan in the port operationalization particularly enabling the Afghan transit trade through Gwadar.

The Chairman, China Overseas Ports Holding Company Pakistan Pvt Ltd (CoPHCL) explained the development of the port in detail and highlighted the renewed interest of the entrepreneurs in investing in Gwadar port and Free Zone area. It was informed that the Eastbay Expressway will be completed in 2021 and all pending issues have been resolved on priority. The Expressway will connect the port with the 2nd Phase of the Free Trade Zone (FTZ) which will facilitate the business climate of the zone and the port alike.

It was agreed that this step would greatly reduce the logistic cost and facilitate the transshipment trade.

Other projects discussed included New Gwadar International Airport (NGIA) and M-8 Motorway for seamless connectivity of Gwadar with the rest of the country and beyond. The progress on the NGIA was noted with satisfaction.

The Chinese side appreciated progress on the Energy Project in Gwadar. The Power Purchase Agreement of the 300 MW Coal Power Project was made as a deliverable for the forthcoming 10th JCC. The project upon completion will energize the industry in Gwadar and will improve the social and economic well-being of the local community.
Other projects in the social sector discussed during the meeting include Pak-China Friendship Hospital in Gwadar and the Vocational & Technical Institute in Gwadar.

The Secretary, MoPD&SI highlighted that the hospital project is of vital importance for the people of Gwadar and needs to be expedited. The Secretary suggested expediting work for timely completion of the project. For the Vocational & Technical Institute, both sides agreed to push ahead create job opportunities for the youth.
For the development of Gwadar as a smart port city, it was reiterated that the provision of freshwater is of utmost importance.

In this regard, the 1.2 MGD Desalination plant project was termed critical. Both sides agreed to take the necessary measures to complete the project in time.

The dredging of Berthing Areas is important for large vessels to access the Gwadar port which will improve the operationally of the port. For the construction of Breakwater, the timely completion of the project was stressed as a crucial intervention required for the fishermen community in Gwadar.

The Secretary, PD&SI proposed to divide the project into two phases for better implementation of the project. DG, NDRC replied in the affirmative and appreciated the idea. The Secretary PD&SI also appreciated the projects under Corporate Social Responsibility including Fraternity Emergency Care Centre of the Red Crescent Society of China, Pak-China Faqeer Colony School, and other initiatives of the China Overseas Port Holding Company.

In the end, the Secretary, PD&SI apprised about other social sector development projects, being undertaken by GoP under the Prime Minister’s development package for South Balochistan. The Director-General, NDRC applauded the development package and reiterated China’s full support for the socio-economic well-being of the region.

The meeting was concluded with the signing of the minutes along with the finalization of the agreed deliverables of the JWG on Gwadar for the forthcoming 10th JCC.

The meeting was also attended by other senior officials of the M/o PD&SI, representatives of the Government of Balochistan, Civil Aviation Authority, Board of Investment, and Ministry of Maritime Affairs amongst others.