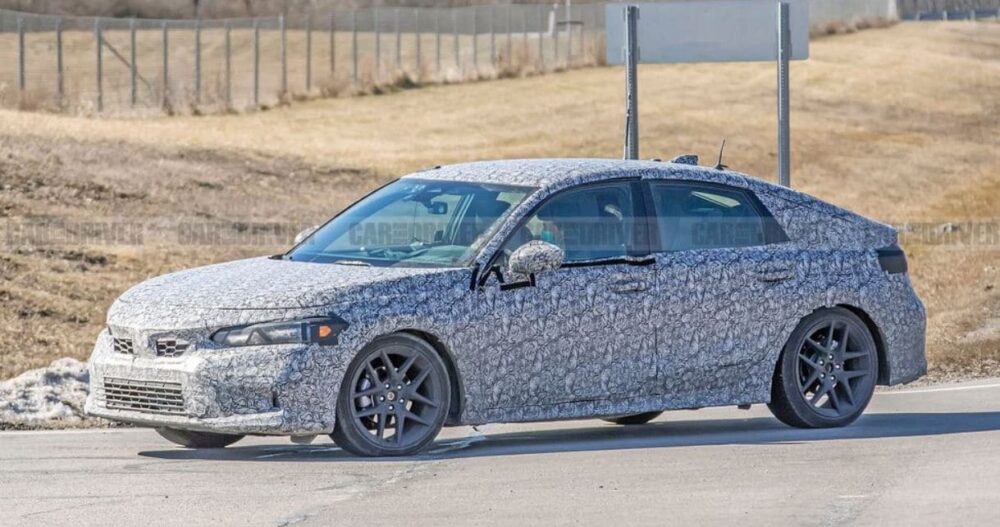 The Honda Civic has been no less than a household name in addition to being one of the most beloved vehicles all across the globe ever since its introduction in the automotive world. For soccer moms, motorsports enthusiasts, and everyone else in between, the Civic has been immensely popular due to its diverse character and personality.

This is why both casual car users and enthusiasts have been anticipating the launch of the 11th generation Honda Civic.

Car lovers, in particular, seem to be pleased with the more mature design of the new Civic. Gone is the over-stylized body that was a mix between sharp cuts and a rounded-off silhouette. They have been replaced with a more subtle but executive design. With a flat nose, a long hood, and a more straightened-out shape, the Civic now exudes a much more serious look.

In a recent development, the 2022 Honda Civic hatchback was spotted on a test drive on the road, once again fuelling the excitement of its aficionados.

Although technical details about the vehicle are sparse, the Si and Type-R trims will reportedly be made available in the international market in the hatchback form.

Furthermore, the high-performance variants of the vehicle will reportedly be featured in an updated version of the 2.0-liter, 4-cylinder, turbocharged petrol engine that will send all of its power to the front wheels.

Many still regard the outgoing generation of the Civic as one of the best driving front-wheel-drive vehicles, especially given its performance variants. With its handsome new look, the 11th generation Civic is positioned to be one of the most promising new cars around the world.