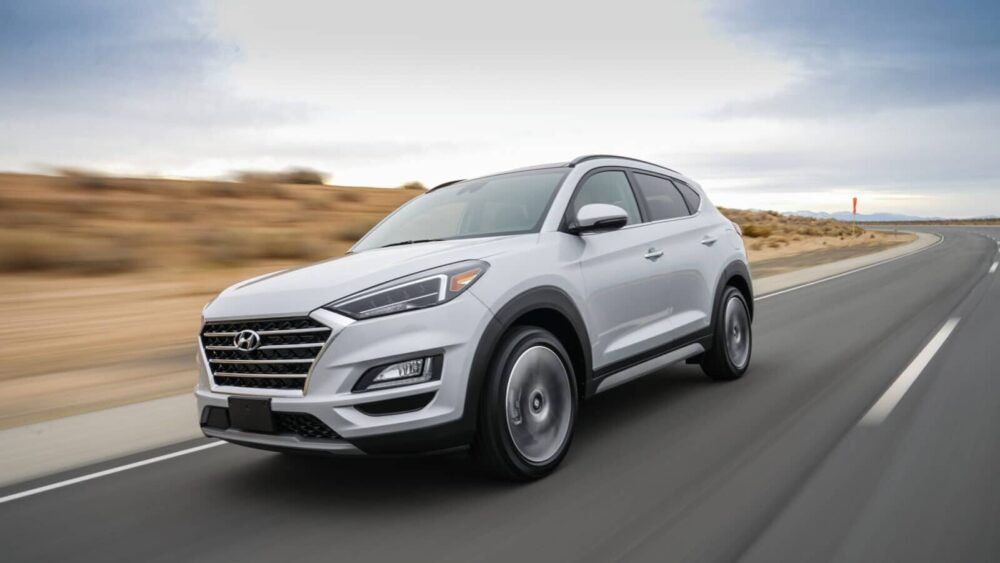 ‘Delayed delivery’ has recently become commonplace in the Pakistani auto industry as several automakers (new and old) are facing supply chain and logistics issues due to the pandemic. The latest automaker to join the ‘delayed deliveries’ club is Hyundai Nishat.

The company has released an official statement, informing its customers that the delivery of the Hyundai Tucson is going to be delayed due to the “scarcity of a particular semiconductor microchip” which is an essential part of several modern cars. 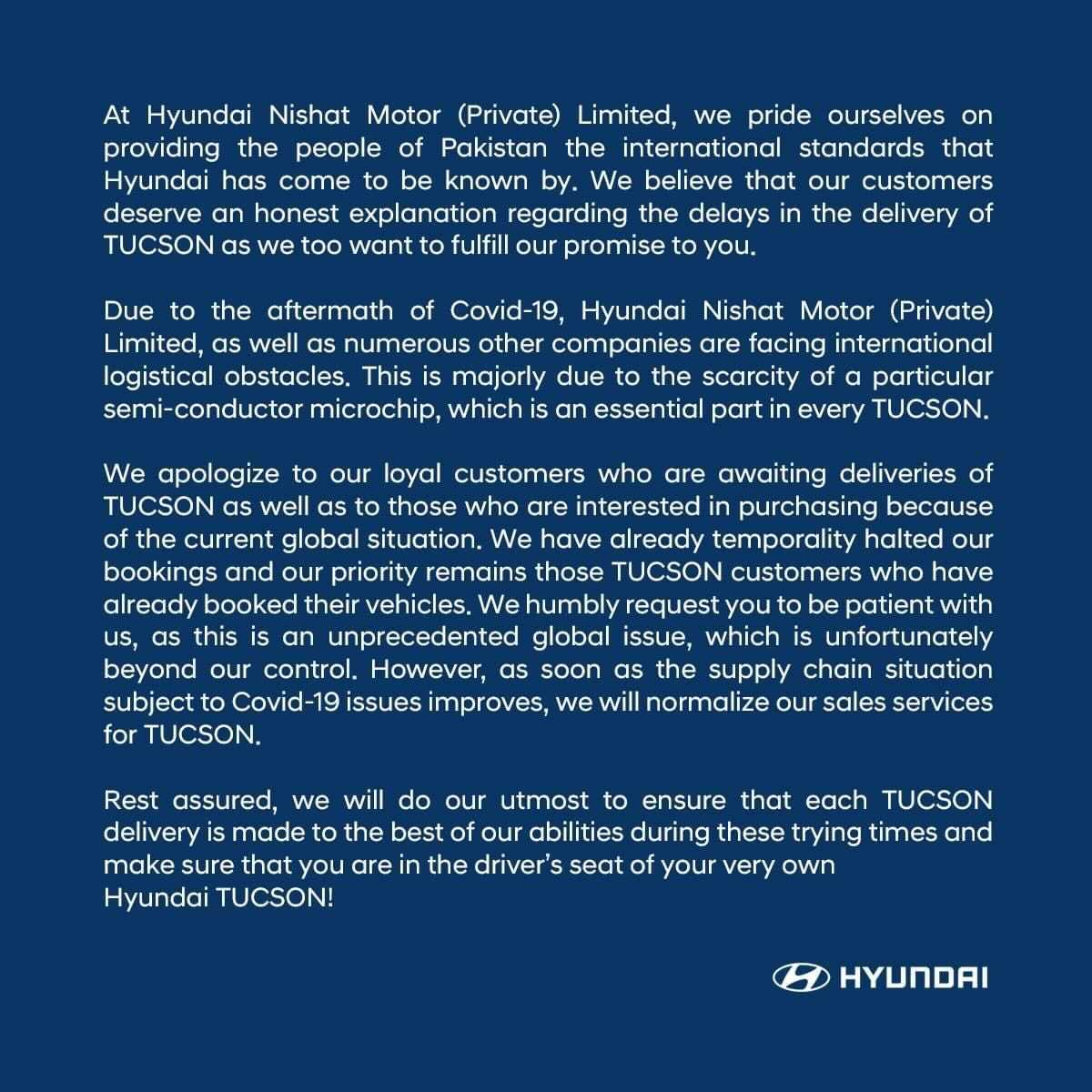 According to the statement, the bookings for the Hyundai Tucson have been temporarily closed, and those who have already booked it will be prioritized for the deliveries.

The issue of delayed deliveries has been looming over the global automotive industry ever since the shortage of the chip was announced, and companies have been struggling to keep up as the demand continues to grow.

It is also being surmised that the shortage is likely to result in a wave of price hikes. MG has already increased the price of the HS SUV, and the other automakers may consider doing the same.

On the other hand, the government will reportedly fine the automakers that fail to deliver vehicles within two months of bookings under the new auto policy. The new policy will be enacted after the release of the 2021-22 budget, and is intended to eradicate the menace of ‘own-money’ from the market.

Besides the ongoing issues of supply chain and logistics, the possible introduction of the new government policy pertaining to the deliveries will make it interesting to see how the automakers deal with the situation.