The District Administration of Quetta has decided to ban unvaccinated individuals from purchasing petrol in a bid to get citizens vaccinated.

It ordered local fuel stations on Wednesday to only sell petrol to people who produce their vaccination certificates issued by National Database & Registration Authority (NADRA). 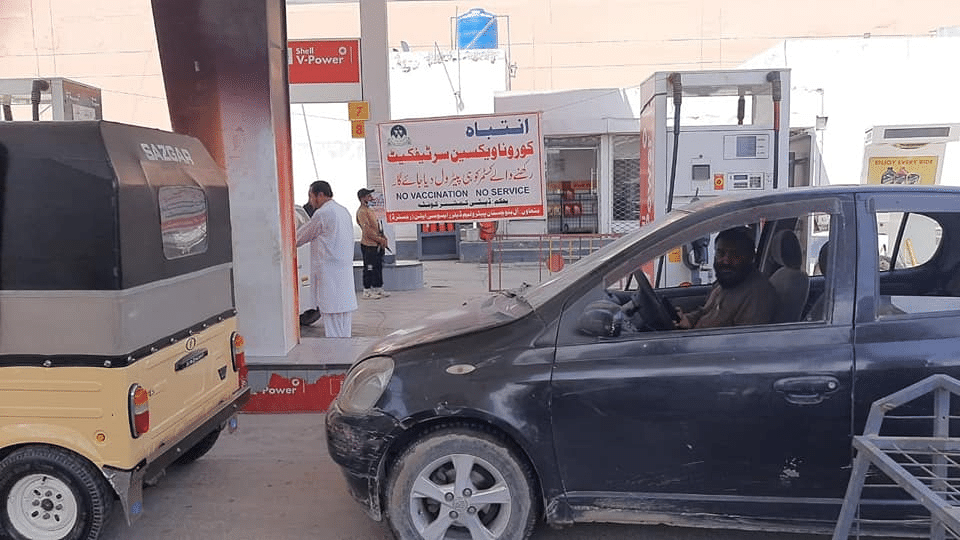 Deputy Commissioner of Quetta Irfan Nawaz Memon stated that the ban has been imposed to force unvaccinated people to get vaccinated.

We have decided to take strict measures against those who have not been vaccinated despite the spread of the fourth wave of coronavirus.

On the flip side, the ban has encouraged the sale of Iranian petrol at a hiked price. Iranian petrol was being sold at Rs. 70 per liter until Wednesday but when its sellers noted that unvaccinated people are not being served at petrol pumps, they raised the price to Rs. 90 per liter, as reported by Dawn.