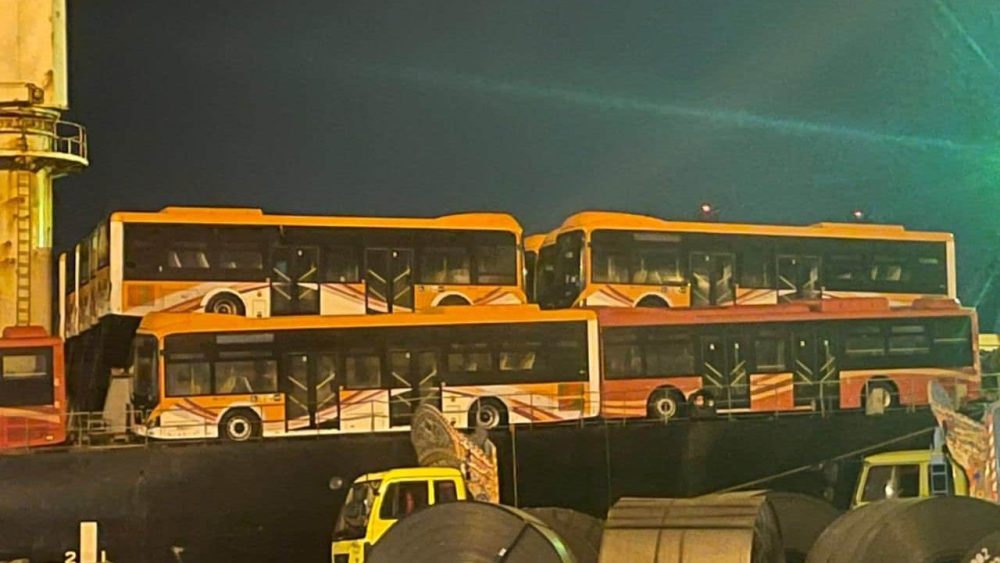 One of the most awaited projects is set to become operational in Karachi soon as the Orange Line buses have finally reached the shores of Pakistan. Pakistan Peoples Party (PPP) leader, Sharjeel Memon, took to Twitter to announce the arrival of 69 new buses.

As per a media report, the buses are currently still aboard the cargo ship and will be offloaded soon. Sharjeel Memon underlined that the buses will traverse various public avenues to facilitate thousands of riders daily.

He added that this is the first fleet of buses that will be made operational in the first phase of the orange line bus rapid transit (BRT) project. Memon further announced that more buses will reach Karachi in different phases within this month.

The project development began in May 2016 with the aim to facilitate 50,000 residents of Orangi Town. The route spans four kilometers, covering key points from Orangi Municipal Office to Matriculation Board Chowrangi. A total of 30 buses will cover the whole track.

This project is dedicated to the lifetime philanthropic efforts of Abdus Sattar Edhi. Its inauguration is set to take place within 30 days after numerous delays.