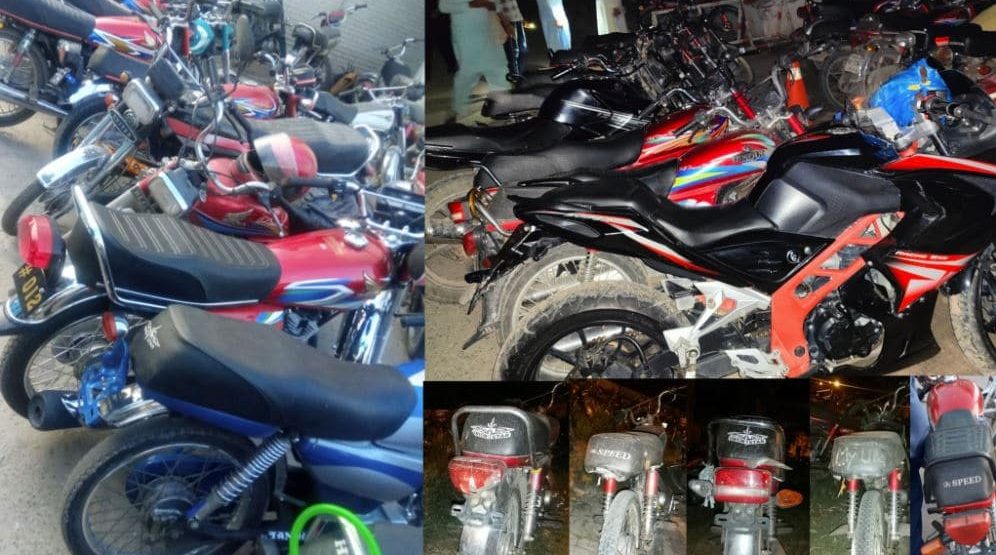 According to SSP Operations, Muhammad Faisal Kamran, the department has launched this operation on the instructions of Inspector General (IG), Muhammad Ahsan Younas. He highlighted that the number of crimes involving unregistered bikes is rising at a feverish pace in Islamabad. “The purpose of this crackdown is to curb the crime,” he stated.

Recently, Islamabad Traffic Police (ITP) also announced a crackdown against public transport vehicles fitted with CNG cylinders as well as vehicles without fitness certificates in a bid to make roads safer for the citizens.

SSP Traffic, Rai Mazhar Iqbal, told the department to impound illegal vehicles running on Islamabad roads. “No concessions should be made in this regard”, he said. Mazhar warned that owners of public service vehicles with CNG cylinders and unfit vehicles should expect heavy fines along with strict legal action.