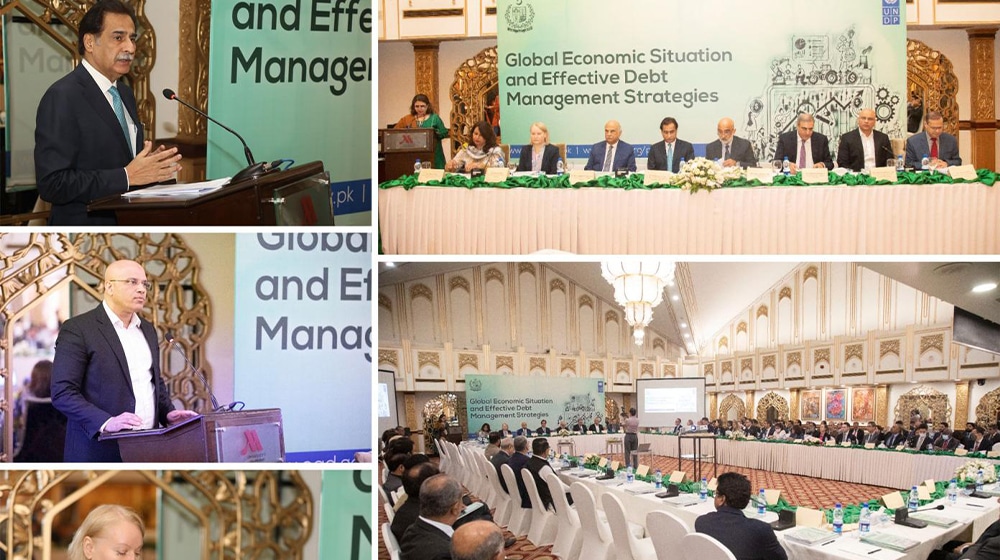 The Federal Minister for Economic Affairs, Sardar Ayaz Sadiq, said on Tuesday that the government is focused on the current debt situation and its challenges.

The Ministry of Economic Affairs partnered with the United Nations Development Program (UNDP) to organize a high-level seminar to initiate policy discussion and generate recommendations for the Government of Pakistan.

He stated that the seminar is aimed at discussing the existing and regional economic scenarios with relevance to Pakistan and is focused on the current debt situation and its challenges. Moreover, it proposes strategic recommendations and sectoral solutions for effective debt management to maintain financial stability and insulate Pakistan’s economy from external shocks.

The minister mentioned that the global economic repercussions caused by the pandemic and the ongoing Russian-Ukraine conflict have rapidly increased the global prices of food and fuel and adversely affected not only Pakistan’s growth trajectory but that of the rest of the world.

He also highlighted the problematic projects that are being chronically delayed (which he had also stressed during the National Coordination Committee’s meeting for regular follow-up meetings with executing agencies and stakeholders for due monitoring and prompt resolution of the issues).

Minister Sadiq revealed that the government is also taking the provinces into confidence for the resolution of short-term and long-term issues, including water depletion for which a committee has been created to resolve problems between Sindh and Balochistan.

In his closing remarks, the Secretary of the Ministry of Economic Affairs, Mian Asad Hayaud Din, thanked the UNDP, the UN Wing of the Economic Affairs Division, the guest speakers, experts, resource persons, and the audience for attending the policy seminar.

He stated that Pakistan has received $184 billion of Foreign Economic Assistance (FEA) as loans and grants from multilateral and bilateral development partners as well as international financial and capital markets since 1950. Of the total FEA, the share of loans was around 89 percent ($164 billion), and grants were 11 percent ($21 billion). Interestingly, around 40 percent of the total FEA was received from 2011 to 2020 and 14 percent during the last 22 months (i.e., from July 2021 to April 2022).

Din highlighted that from July 1960 to April 2022, Pakistan received $73 billion as project aid to finance its socio-economic and infrastructure development needs. However, its effectiveness has not been assessed.

He also revealed that the Policy Analysis & Development Wing of the Economic Affairs Division (EAD) had recently conducted a study to estimate the rate of returns on project aid in Pakistan via project financing data for the period 1960-2020. The study found that Pakistan’s rate of returns of foreign aid was 18 percent. The finding was close to the World Bank’s estimation of 21 percent.

Furthermore, Din reiterated that the substantial increase in the current account deficit coupled with enhanced external debt servicing posed a serious threat to Pakistan’s economy. It warrants developing a strategy with concrete policy actions to cater to the external finance challenges.

The policy seminar was preceded by various presentations by numerous economic experts on Global and Regional Overview and Potential Solutions by the Chief Economic Advisor at the UNDP, and the Fact Sheet on Pakistan Debt by the Director-General Debt Management Wing of the Finance Division.

Moreover, open discussion on a few of the thematic areas of the economy was also moderated by the UN Wing of the EAD.