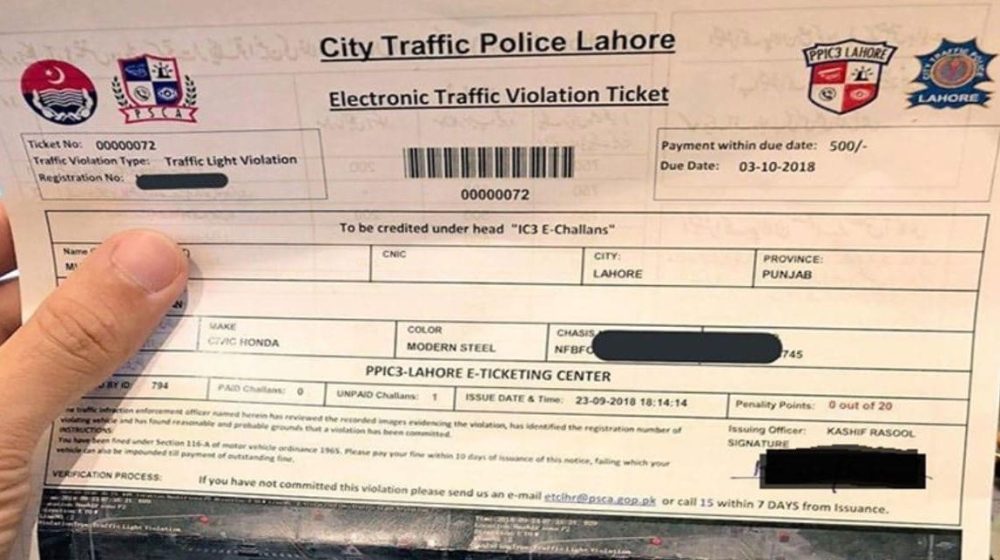 A two-member bench of the Lahore High Court (LHC) has reinstated the e-challan system, allowing the City Traffic Police (CTP) Lahore to issue tickets through Safe City cameras once again.

The interim ruling emerged from the hearing of an appeal filed by the Punjab government against the earlier order of a single-member bench of the LHC that outlawed the e-challan system.

During the hearing of the review petition, the Punjab government’s lawyer argued that the e-challan system proved highly effective against the violators of the traffic laws in the provincial capital.

The single-member bench had suspended the e-challan system after it claimed that the system doesn’t have the backing of the law. However, the system has the complete support of the law, said the lawyer.

The lawyer requested the court to suspend the decision of the single-member bench until the completion of the review petition. As a result, the two-member bench issued a provisional order to reverse the earlier ruling.

ALSO READ
Instagram Will Use New Methods to Verify your Age

Earlier this month, LHC heard a petition against the issuance of e-challans. The case was filed by several citizens through advocates Mazhar Amin and Awais Saleem.