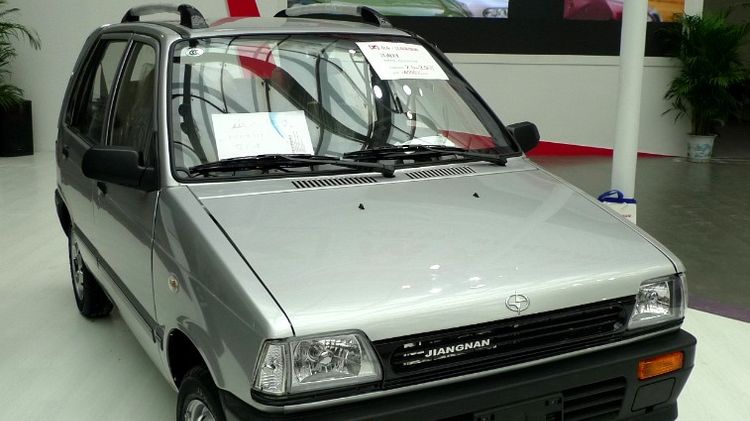 Back in May, we reported about a new Chinese car which costs about Rs. 250,000 and looks the same as our Suzuki Mehran. Actually that Chinese car looked better than our Mehran and was more feature-rich.

The car, manufactured by Jiangnan Auto (a Zotye Automobile subsidiary), received a lot of praise on the internet due to its price. Jiangnan TT cost three times less than what a Mehran costs and still comes with a much better interior and lots of features.

Read More: Everything You Need to Know About the Mehran Lookalike Car Which Costs only Rs 250K

This was, perhaps, the reason that thousands of people instantly wanted the TT to be made available in Pakistan. We received a lot of queries regarding the car and whether it will be sold in Pakistan. Some websites misused the user-demand to increase their traffic by spreading false rumors that the Jiangnan TT (the Chinese Mehran lookalike) will soon be sold in Pakistan.

So is it Coming to Pakistan?

Sorry to dash your dreams, the cheapest Mehran in the world is not coming to Pakistan. Anybody saying it is coming are false. All the rumors are false. There is no authentic news from the Chinese manufacturer or any importer that they plan to launch the car in Pakistan. Zotye or Jiangnan haven’t even announced any plans for entering the Pakistani market, hence, there’s no chance that they sell the car here.

Can it be Imported to Pakistan?

Yes, it can be imported to Pakistan but there are a lot of things to consider before anyone can even think of importing the Chinese Mehran to Pakistan. Some of the points are listed below.

If we sum up all the import costs, we can estimate that the car’s price would be much higher than the original price tag of Rs. 250,000. You could end up paying almost the same amount as a normal Mehran i.e. somewhere around 500,000-600,000.

Yes, it would still be a better buy than the local Mehran but considering that you would have to make do with a left-hand drive or spend a lot of money to alter the car, it could be the major reason to put off most potential buyers.

Is There Any Chance That Importers Will Bring the Car Here?

There’s always a chance that something like this can happen. However, when considering the point mentioned above, it would not be feasible for importers to risk getting a car which doesn’t have good demand or retail potential due to the left-hand drive.

However, we would like to advise our readers to beware of fraudulent groups who claim to be Jiangnan suppliers in Pakistan, there have been multiple incidents of people paying the money for the car and these fraudulent groups vanishing along with the money.