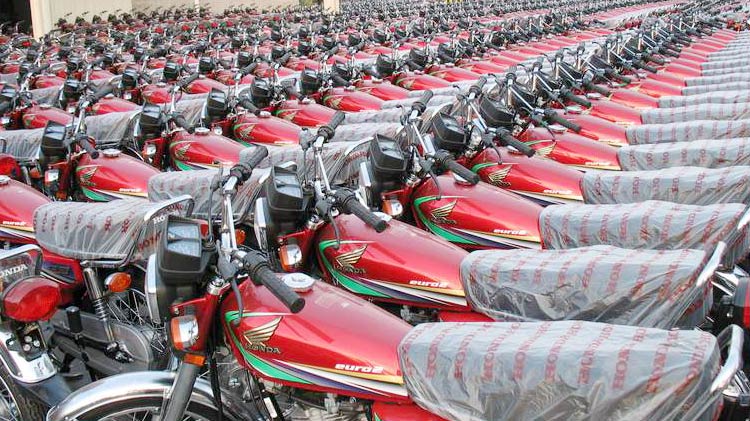 Motorcycle production in the country reached its highest level with 2,07 million units produced during 2014-15, up 16.54% as compared to last year.

There are more than 60 motorcycle makers in the country with Honda still leading the market by a notable margin.

Motorcycle makers produced over 172,000 motorcycles per month on average, indicating a rapid increase in the usage of two wheeler units.

It must be mentioned here that there are local retail outlets that offer motorcycle lease with installments going as low as Rs. 2,000 per month.

Experts see that this growth in motorcycle production will only increase during the years to come. However, our current road infrastructure in urban centers isn’t prepared for the incoming boom.

Increase in motorcycle usage, without proper training and licenses, coupled with growing overall traffic has resulted in an increase in accidents during the recent past.

Experts said that it is now time to regulate motorcycle riders in a more strict manner to make sure that they, as well as other motorists on the roads are safe.

In a developing country like Pakistan, the idea of separate roads/lanes for motorcycles is impossible, given the urban infrastructure in place. However, the concerned authorities must take measures to ensure that motorcyclists don’t pose a threat to themselves or others on busy urban roads across the country.