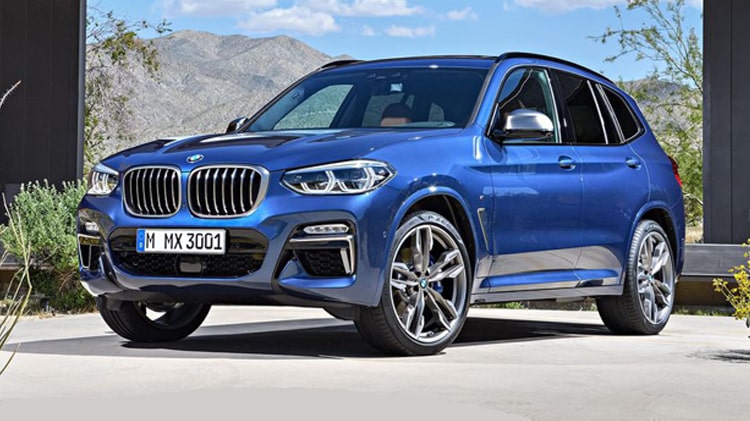 In 2003, BMW launched the trend of mid-size SAVs (Sports Activity Vehicles) with its X3 model and sold more than 1.5 million units.

Now, with its latest model launched — 2018 X3 — the company is ready to write another success story with the X3’s more “striking, dynamic design language, powerful yet also efficient drive systems and luxurious appointments.”

BMW unveiled two of the three variants at the event launch, which are:

X3 has only undergone one generational update since the launch of the F25 model back in 2010, which is why BMW has added split images comparing both the models in its  press release.

The new BMW X3 elevates the already boldly dynamic design language of its predecessor to new, even more eye-catching territory. The revolutionary car is equipped with sufficient new elements to give the SUV a new look.

The signature front BMW grille has become bigger with a higher roofline, allowing the X3 to attain the unique BMW SUV identity.

The front LEDs are slightly smaller compared to its predecessors. Moving to the rear, the light clusters, markedly downward-sloping roof spoiler and twin exhaust tailpipes bring matters to a suitably muscular conclusion.

The most prominent change becomes apparent from the side. The wheelbase has been extended by over two inches and despite that, the overall length remains the same as the previous models and results in shorter overhangs and bigger cabin. Despite all this, the new X3 is 55kg lighter than the previous model.

The new BMW X3 now rides on 18-inch light-alloy wheels which were previously an inch smaller. Depending on the engine variant and specification, the wheels may vary, according to the company.

The interior of the new BMW X3 follows BMW tradition with its driver-focused and ergonomically optimized cockpit layout and carries over many aspects of the car’s exterior design.

The rich interior of 2018 X3 stands out emphatically. In the middle of a “driver focused” dashboard, a 10.25-inch infotainment screen pokes out. The center stack also has the familiar HVAC and audio controls.

BMW, renowned beautiful interior, has equipped a larger panoramic moonroof,  new full-color heads up display, updated three-spoke steering wheel, and ventilated front seats. These features help the X3 to create a unique identity and differentiate itself from all the outgoing models.

The backseats can be folded individually, previously seen in various other models as well, to increase the cargo space.

The enhanced sporting prowess has improved the feel and comfort of the vehicle collectively. Powerful braking system features lightweight brakes offering optimized performance as well as an Electric Parking Brake. To maximize safety, X3 has:

According to the official spec sheet, the M Performance model hits 100km/h (62mph) in just 4.8 seconds topping out at an electronically limited 250km/h (155mph), while returning an average fuel consumption of between 8.2 and 8.4 l/100km.