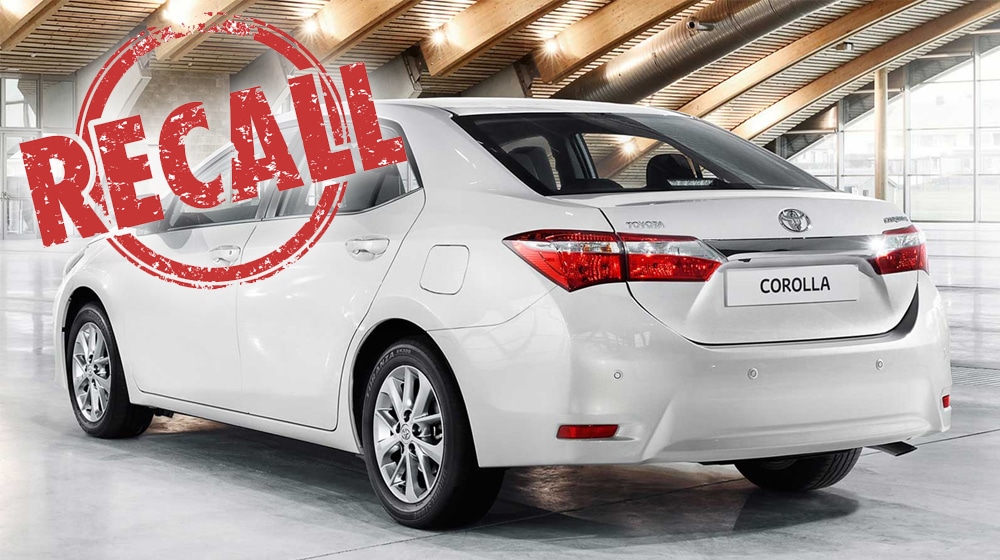 Corolla owners have been advised to visit their dealers to have their units fixed.

Indus Motor Company has been recalling its Corolla models due to quality and safety issues for the past thirteen months now.

The company has completed its fourth recall and has brought in 1,719 Altis 1.8l Grande vehicles that were produced between August 2015 and March 2016. Models produced during this timeframe faced some technical safety issues with the airbags, so the company is recalling such units to fix these faults.

In the entire thirteen-month period, Toyota Indus has accumulated 16,719 qualifying units in total. These issues have been found in various Corolla variants including 1.6l Altis, Altis Grande, XLI, and GLI.

Units developed between the aforementioned timeframe had impaired sensors which are meant to deploy airbags after detecting a collision. These sensors, overtime, could stop working and cause the airbag warning light to illuminate. Due to this, the airbags have a chance to fail at the required time unless the company repairs the unit.

2,700 Corolla units were previously called in by Toyota back in June 2017. Those units had a different problem related to the mounting bolts that connect front passenger seats. Apparently, they had not been tightened properly.

IMC has further advised Corolla owners that their vehicles, specifically the aforementioned models, might have faulty brakes which is why they should visit Toyota-authorized dealers as soon as possible.

An accident in February 2017 turned fatal as a Corolla failed to deploy the driver side’s airbags. The company started a recall after the incident to fix those units.