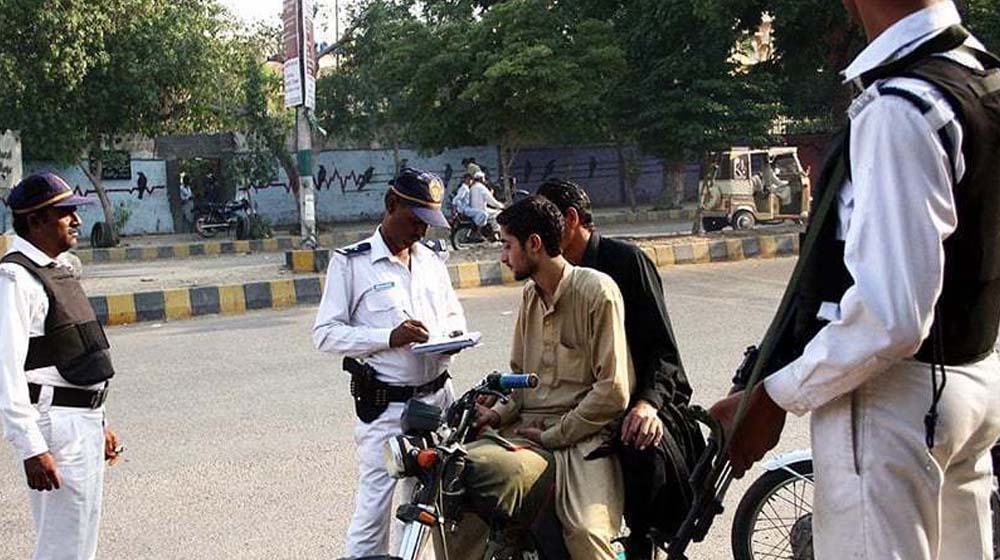 A report from Sindh home department, regarding traffic rule violations during the fiscal year 2017-18, brought forth some interesting facts.

Traffic police fined over 2.6 million vehicles across the province, while an overwhelming majority of the violators belonged to the provincial metropolis, Karachi.

Out of the over 2.6 million vehicles that were fined, nearly 2.4 million challans were issued only in Karachi to the violators. Only two lac commuters were issued tickets across the rest of the province.

On an average, 6,696 commuters were issued tickets in Karachi during the period in question.

On a monthly basis, the government received Rs. 4.4 million from traffic violators.

The report regarding traffic challans was submitted to the Sindh Assembly Secretariat during a presentation in the house.