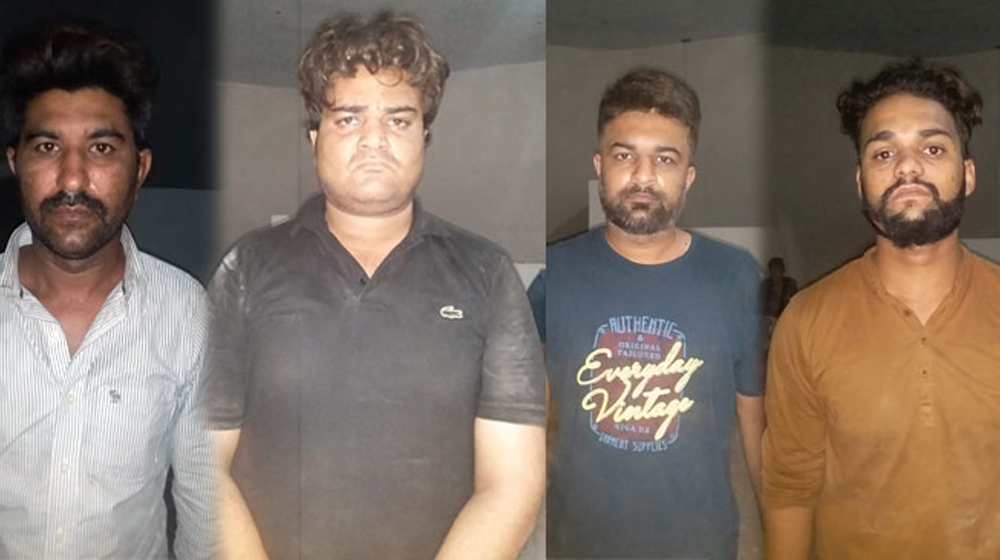 The police have arrested a gang of four people running a network engaged in crimes under the cover of online taxi service drivers.

The suspects include Sajid, Ejaz, Umer, and Fawad. They pretended to be online taxi drivers and robbed the passengers of their valuables. The gang was busted in a raid carried out by Anti-Street Crime police squad of District East and Aziz Bhatti Police Department.

As per the details, the group has been engaged in fraudulent and criminal activities. They have been using National Identity Cards seized from their victims to create fake online IDs for their cover, the online service.

The group was also engaged in tampering with national identification database controlled and regulated by the National Database and Registration Authority (NADRA), Pakistan.

“The accused used to change the complete online identity of the driver including his picture and telephone number,” he added.

The SSP also told that one of the criminals is a franchise-owner for the private online taxi service. Umer, who has been identified as the owner of the franchisee of the online cab hailing service, is also among the accused.

The charges against the prime accused, Ejaz, include harassing and robbing a girl from Lahore on June 3. The technical team at District East police station had recovered the phone.

Ejaz was also charged with carrying an illegal weapon. Further investigations revealed that Ejaz came from a family of criminals. His brother and father are notorious target killers and thugs.

“His family members are still wanted by the police station in Orangi. Ejaz’s brother has been killed due to criminal activities in the past,” told the SSP.

The police have registered cases against the Karachi franchise of the ride-hailing service and taken into custody the said group.