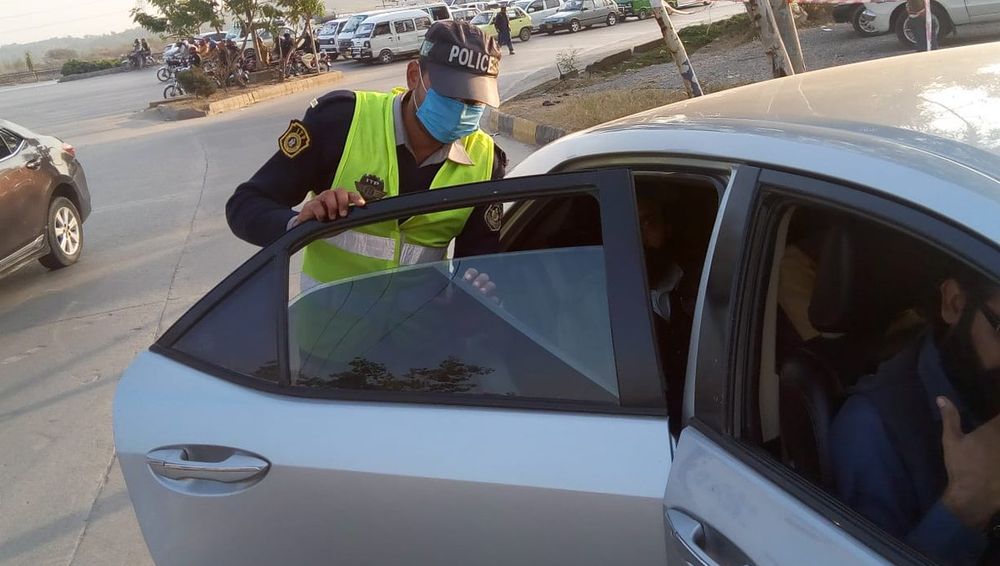 In a bit to increase public safety, a campaign has been launched against tinted glasses across the federal capital by the Islamabad Traffic Police (ITP).

The SSP Traffic has stated that no transgression will be allowed in this regard and a large operation has been started by the ITP against such violations across the capital. According to the officials, thousands of vehicles have been checked during the operation so far and the violators have been fined accordingly.

In multiple tweets, SSP (Traffic) Farrukh Rashid, explained the reasoning behind the campaign and said that while people want their privacy, public safety comes first. He said,

Drivers who cannot properly see out of the windscreens or through the rearview mirrors are a danger to themselves, their passengers and every other road-user.

1/5
The issue of car-window tinting has been divisive for many. While to tint car windows to reduce glare and help control the temperature inside the vehicle, using a tint that is too dark is both a safety hazard and a security issue.

He further added that heavy tints are a hindrance to the duties carried out by the police and rescue workers as the tints make it hard to recognize suspects in criminal cases or victims in accidents. He said that a car that is fully tinted can be intimidating to other drivers,

Islamabad has a considerable number of cars on the road and dealing with the illicit use of window tints should be a priority, he added.

If glare is a problem, wear sunglasses. If privacy is a concern, dress more modestly. If the car is hot after being parked in the sun, then crank up the air-conditioning. Tinted glasses/black papers are not allowed even 1%.