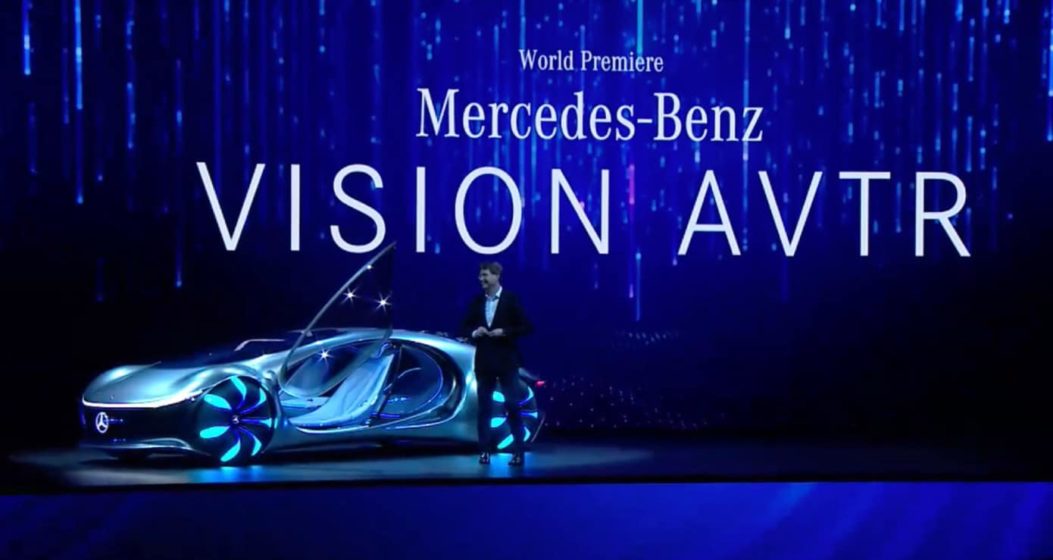 Multiple car companies at this year’s CES showed off their strengths from Sony’s first-ever car called Vision S to Honda’s odd-looking concept car. Mercedes isn’t that far behind as they showcased their vehicle which is based on the James Cameron film Avatar.

Aptly named the Mercedes-Benz AVTR (advance vision transportation), the concept car is electric powered and can drive forwards and sideways. It has clear doors so that the driver can be near nature and it also has a rolling light show.

In a show of technological strength, Mercedes used biometric sensors to better connect with the driver and surreally, it doesn’t have a steering wheel –you become one with it, just like the force. Don’t get your hopes up though, it is just a concept car for now.

@mercedesbenz at #CES2020 has just announced the Vision AVTR, its latest concept car inspired by James Cameron’s hit film ‘Avatar.’ The “Human Machine Merge” interface inside features a full-width interactive experience that allows the autonomously-driven user to be fully immersed into a digital representation of Pandora and other environments while on the road. The user can also interact with the car using gestural interaction, without the need for physical buttons. Swipe to see the interface in action. Video: HYPEBEAST

Its infotainment system is completely different from your average car. While driving you will raise your hand and the interface will appear on the body. It will follow your hand as you’re making your choices. 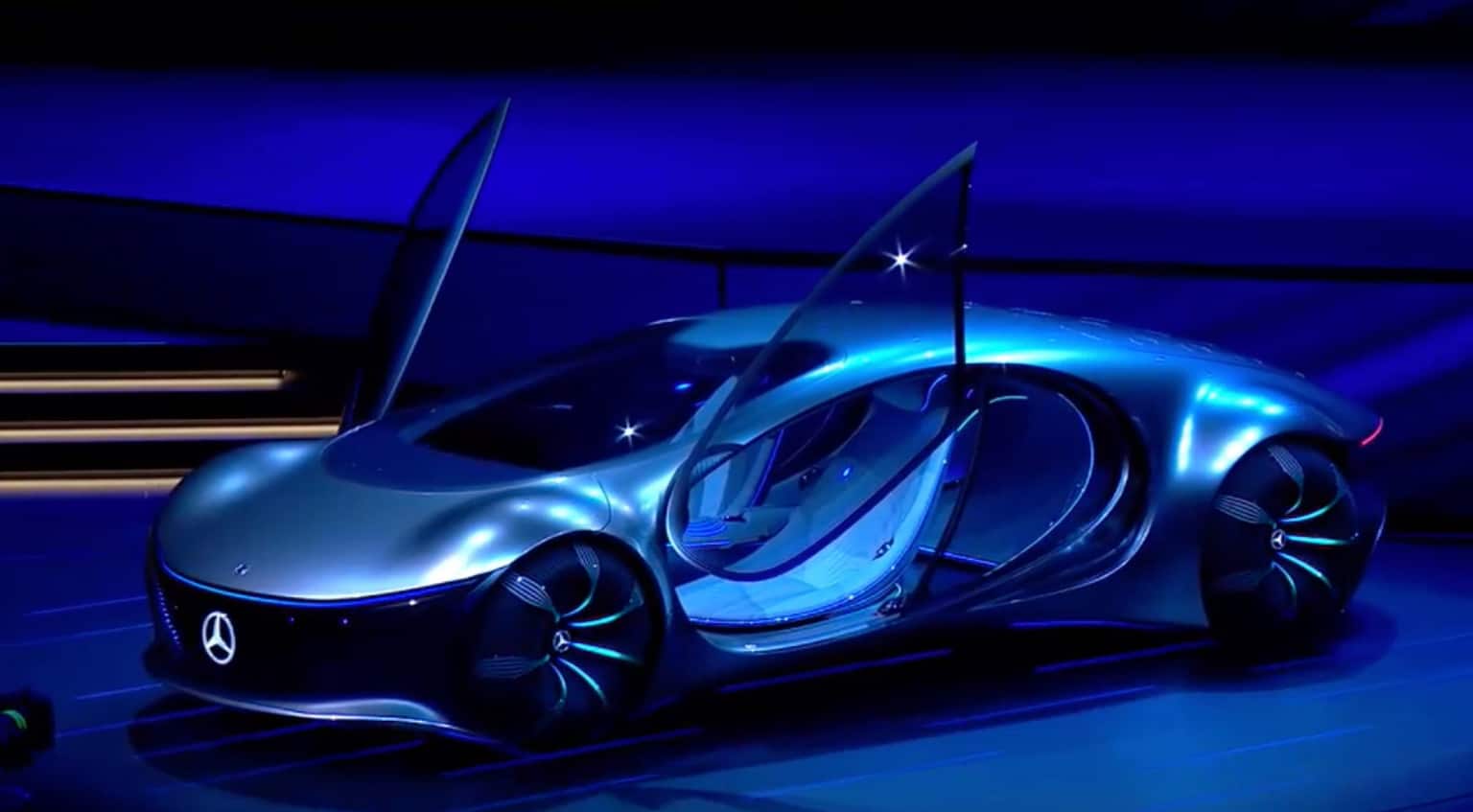 One of the more peculiar-looking “features” is that the rear hatch which features 33 circular hatches that open and close. They interact with the driver and the outside world. 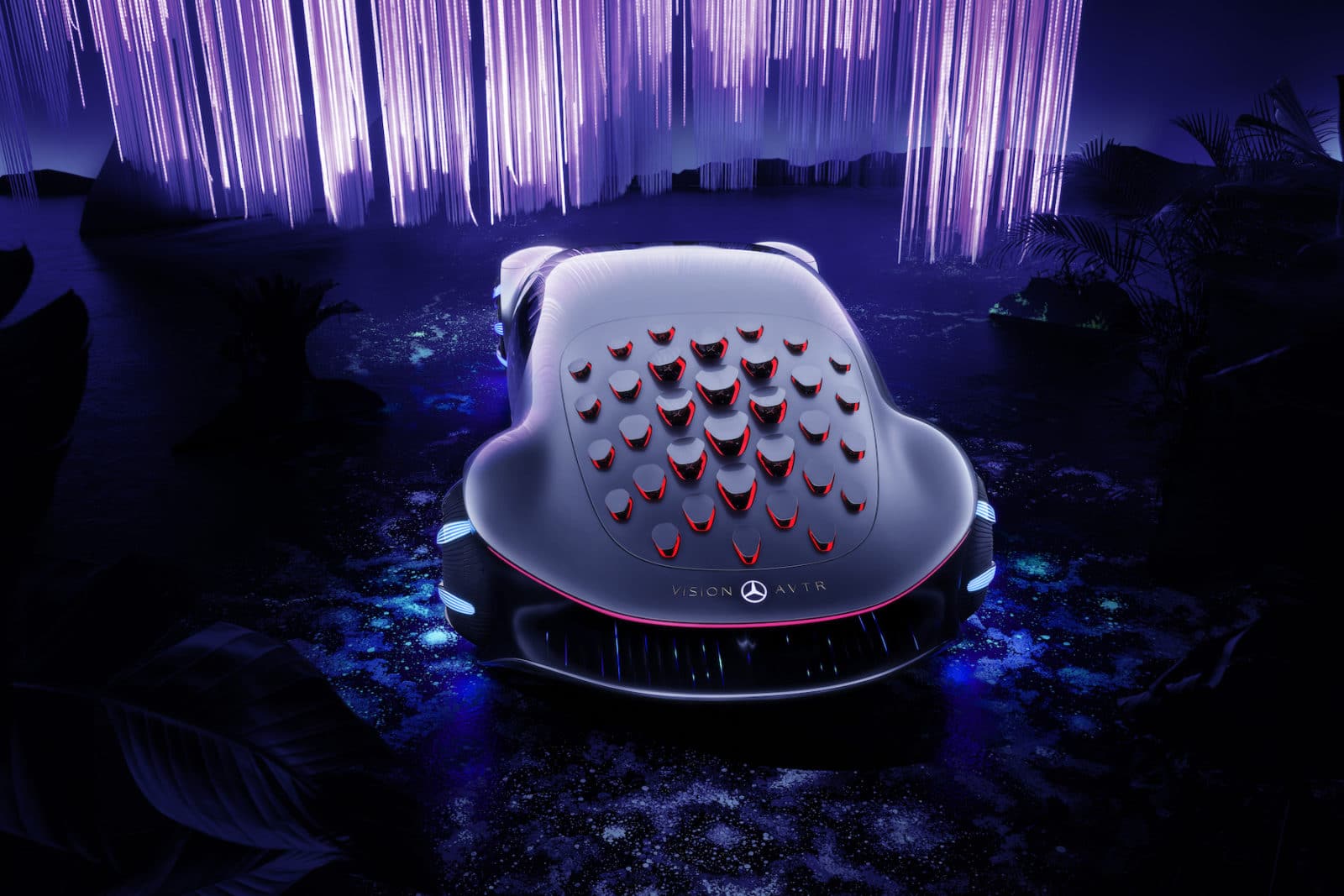 During the unveiling, the company talked about how the vehicle is a living thing and a convergence of a person and nature.

The head of Mercedes-Benz, Ola Källenius, also elaborated on the carmaker’s plan to create a zero-impact car. “This may be in the distance but it’s our goal nonetheless,” he said. It’s that objective that got James Cameron on board.

Director James Cameron came on stage and said that a car wasn’t certain when they first told him. But after talking to Källenius about Mercedes’ aim for sustainability, he was all in. “It was a total life-cycle assessment,” Cameron said.

“When I look at this car here, I see a beautiful car,” Cameron said. “I see the physical manifestation of an idea.”