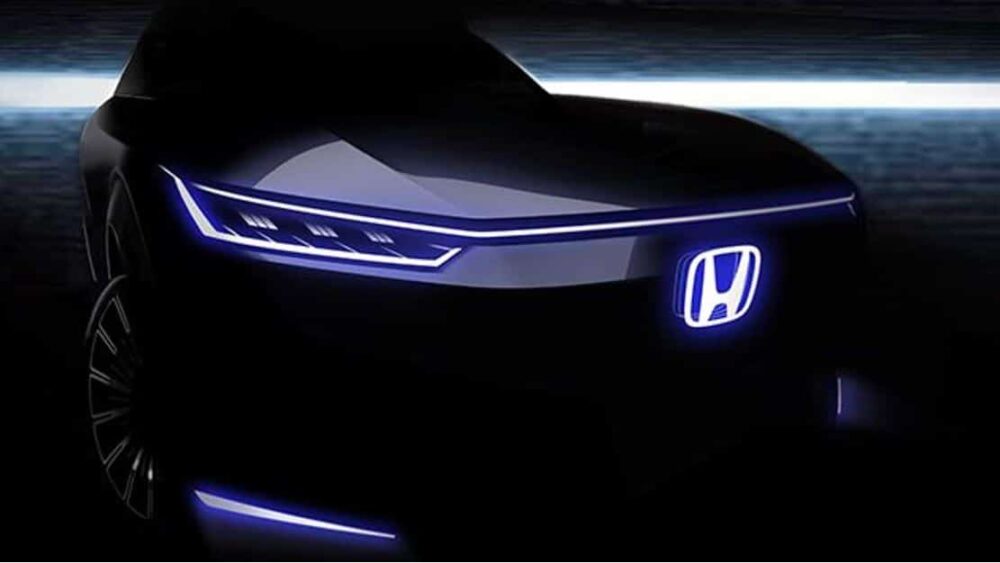 Two weeks ago, ahead of the Beijing Auto Show, INSIDE EVs broke the news about Honda having teased their new all-electric vehicle. The teaser didn’t give away any major details about the car, but the sleek headlights, a long hood, the large wheels, and the sharp silhouette suggested that this new offering would likely either be a sedan or a Crossover SUV.

True to the speculations, Honda went ahead and revealed a brand new electric SUV concept at the Beijing Auto Show, calling it the e:concept. From the looks of it, Honda’s new SU-EV concept looks like a typical crossover SUV, with a few key differences as compared to some of the other offerings by Honda.

Honda Teases a New EV Ahead of Beijing Auto-Show

The front facia is different in the sense that it has sleeker headlights, no front grille, and a long and flat hood/front-trunk that gives the car a proper SUV look. The front windshield is reminiscent of the Tesla Model X, as it continues all the way over to the roof as this huge, unbroke glass piece that makes up both the roof and the windshield. 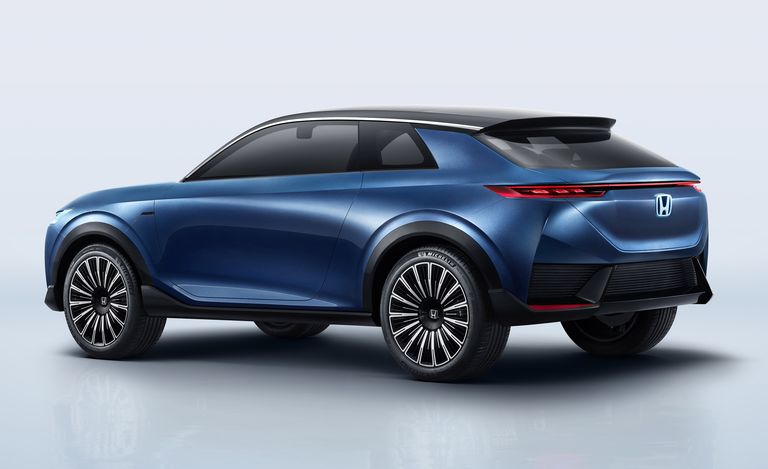 The side profile of the car is fairly clean and standard, however, you do notice the huge wheels and the fact that it is a 3 door SUV concept. However, it is being speculated that the 3-doors are just a concept element and the full-production version shall have 5 doors and 5 seats.

The rear is also slightly different, but is unmistakably ‘Honda’ at the same time, with sharp taillights, conjoined by a sleek light bar that runs across the rear width. A slightly different element is the sportback-esque tail design that makes the car look more hunkered down and sporty. The vehicle, being a crossover SUV, has high ground clearance as well.

And these are all the details that everyone has of the car thus far since Honda has chosen not to reveal any details about the performance or the drivetrain of the car yet. It is being speculated that Honda will reveal more details about the car once it nears production in China, which would be some time next year.