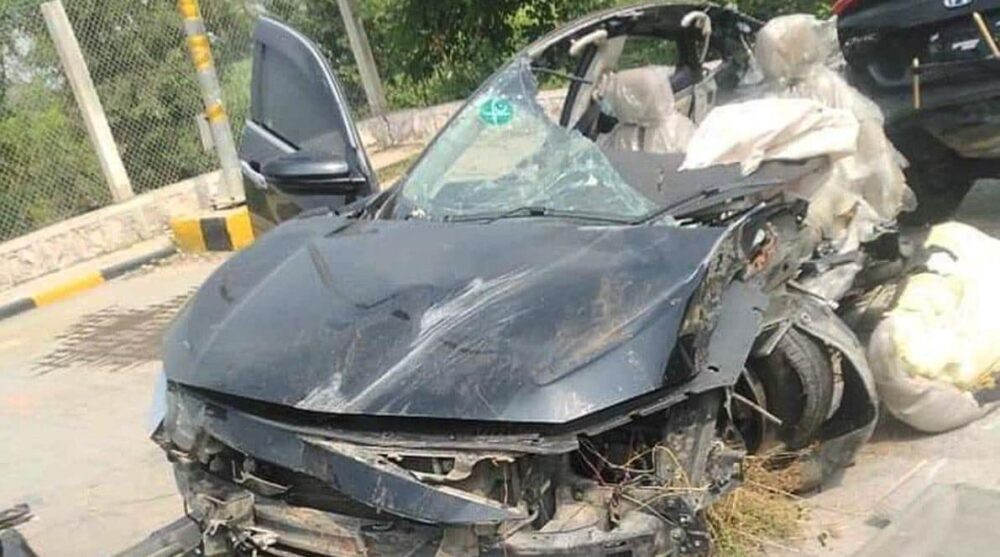 Drivers often regard the motorway as one of the safest and most convenient means of traveling from one city to another as it is a high-speed road with sparse and smoothly flowing traffic. However, the high-speed factor can also cause horrific and fatal accidents.

One such accident took place on the motorway near Bhera, Sargodha, earlier this week, in which a 10th generation Honda Civic ended up being ripped apart. Fortunately, the driver only sustained a few minor injuries and lived to recount the harrowing experience.

A video and a WhatsApp voice note of the survivor explaining how the accident occurred were circulated on social media earlier today. As per his statement, he had configured the vehicle’s cruise control at 125 kph. As he pressed down on the brake and disengaged the cruise control near the Bhera interchange, the system locked up for unknown reasons, causing the vehicle to lose control at a high speed.

“The vehicle toppled and flipped about ten times before it hit a tree from the middle and split in half. The rear half was left on the road and the front half, in which I was, ended up on the roadside, while the roof was sent flying into the oncoming traffic lane,” he explained.

The revelation of these details has sent car enthusiasts into a frenzy on social media, and Honda Atlas Cars Limited (HACL) is now on the receiving end of a lot of public criticism. It remains to be seen if the government or the carmaker issue a response to this incident.