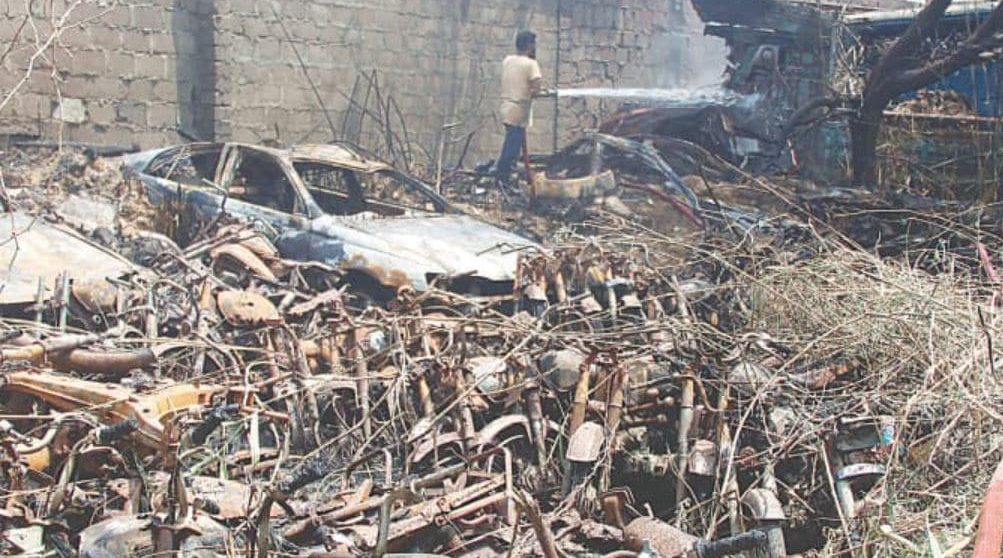 Karachi Police is feeling the literal and metaphorical heat after a recent fire incident that took place at an impound lot in Block-10, Gulshan-e-Iqbal, Karachi.

Videos of the aftermath show that the fire destroyed hundreds of impounded vehicles. Fuel combustion resulted in an eruption that took 6 firetrucks and a water tanker to stop.

Authorities plan to launch an investigation to determine the cause of the fire and calculate the damages. The fire destroyed close to 600 vehicles including cars, bikes, and rickshaws. Fortunately, however, no casualties were reported in the incident.

The report states — citing the residents — that fire eruption has become a yearly occurrence at the impound lot. The residents have pleaded with the government to shift the lot to a different location as the fumes, heat, and the general unrest from such events become a bother for them.

Meanwhile, the owners of the impounded vehicles are grief-stricken after their losses due to the department’s negligence.