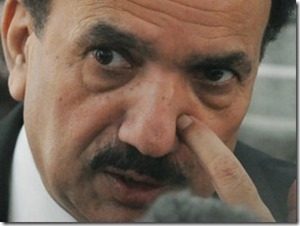 Citing security reasons (something he has miserably failed to provide to countrymen), Mr. Malik explained that mobile phone operators will be directed to make necessary arrangements to dispatch all new mobile SIMs to customers home addresses given on their CNICs.

Mr. Malik also said that every mobile phone customer must get their SIMs registered before November 30th, or …. well he didn’t mention the or part yet. He urged mobile phone operators to open new offices to facilitate registration of SIMs.

Another government body, i.e. National Assembly’s standing committee had recently proposed to ban all prepaid SIMs in the country. Mr. Malik had had also expressed his plans for banning prepaid SIMs in August 2012, however, he took back his statement in just few days and said that only illegal SIMs will be blocked.

It is too early to calculate cellular industry’s reaction over the statement. Telecom officials, we spoke with, were not astonished by such mindless plan, explaining that industry is pretty much used to of such surprises from Mr. Malik.

Officials of telecom companies told ProPakistani that this is un-doable thing, especially when customers’ CNIC addresses and their current addresses are usually different. They said that whole process will result into lesser acquisitions and increased operational cost that will ultimately impact the performance, economy, jobs and the society.

“It appears that current government, in general and Mr. Rahman Malik in specific, has decided in principle to kill the industry.”

Industry veterans expressed their reservations over the statement, while others advised us not to take Mr. Malik seriously.

This is not the first time that Rahman Malik has tried to entertain the audience with his ability to ask for unattainable things. Check below list, in which he has proven that he can say anything on any day:

We have previously ranted on Mr. Malik, here are those posts with immensely .

Just in case if you don’t know, one of primary functions that were defined for Pakistan Telecommunication Authority, at time of its formation, were to encourage investment, innovation and optimum growth of the cellular sector and operators’ performance.

However, none of this is happening. During all the hard hitting on cellular industry PTA is apparently sleeping while Mr. Farooq Awan, who rarely comes to office, is so gladly enjoying his position and taxpayers’ money while doing nothing for the industry and the country.

I believe this is enough to say about PTA and its uselessness. Rest, you know it well.