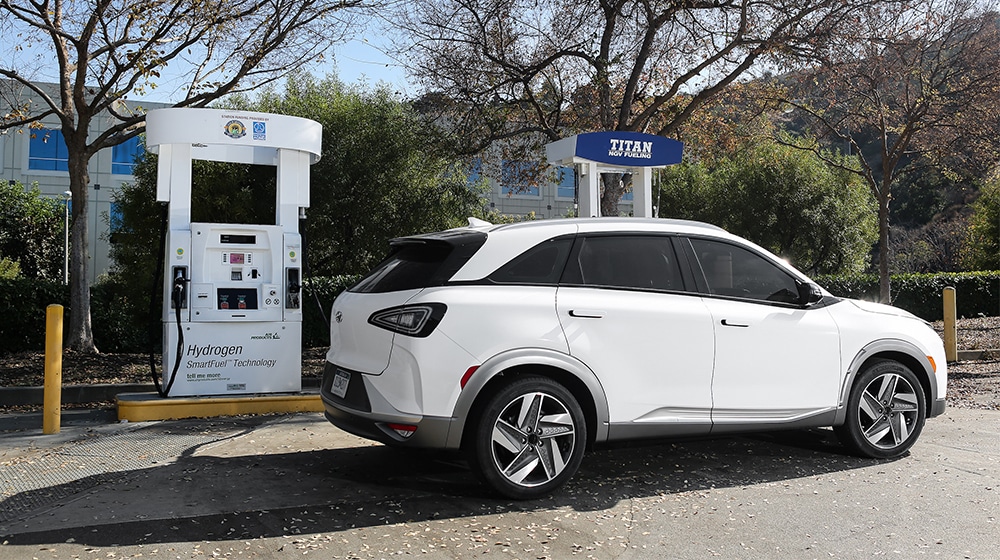 The automotive industry has seen huge innovations and newer technologies – technologies that seemed like mere myths retrospectively and now, several brands such as Tesla, Toyota, and Honda are venturing into the futuristic vehicles market making efficient, effective, and economic vehicles.

With electric vehicles already somewhat common, a newer technology (actually older) is also being made practical by leading brands such as Hyundai – a hydrogen-cell powered vehicle competes directly with plug-in electrics and are a more planet-friendly alternative.

Though extremely practical, only a few hydrogen-powered vehicles have been manufactured so far such as the Toyota Mirai and the Honda Clarity.

Hyundai Nexo is the latest addition unveiled at the CES 2018. Its set to replace Tucson in some markets eventually. This SUV runs on a fuel-cell and comes with flashy drive assist technologies. The best part though, is that this particular vehicle can be charged faster than any electric car – including the top-tier Tesla’s – and can give more kilometers in the same charge. Officially, a 5 minute refuel can get you around 600 kilometers (800km according to European Standards) compared to a 30 minute recharge of electric cars.

Kia and Hyundai Cars Will Include AI Assistants from 2019

Why compare with an electric car when it takes the same time to refuel as any gasoline-powered car? A fuel-cell vehicle is almost electric – instead of a battery, its run on a fuel-cell filled with hydrogen. Other than that, its almost the same because the hydrogen-cell powers electric motors just like any electric car. As a by-product, a hydrogen-car only discharges water and some heat. 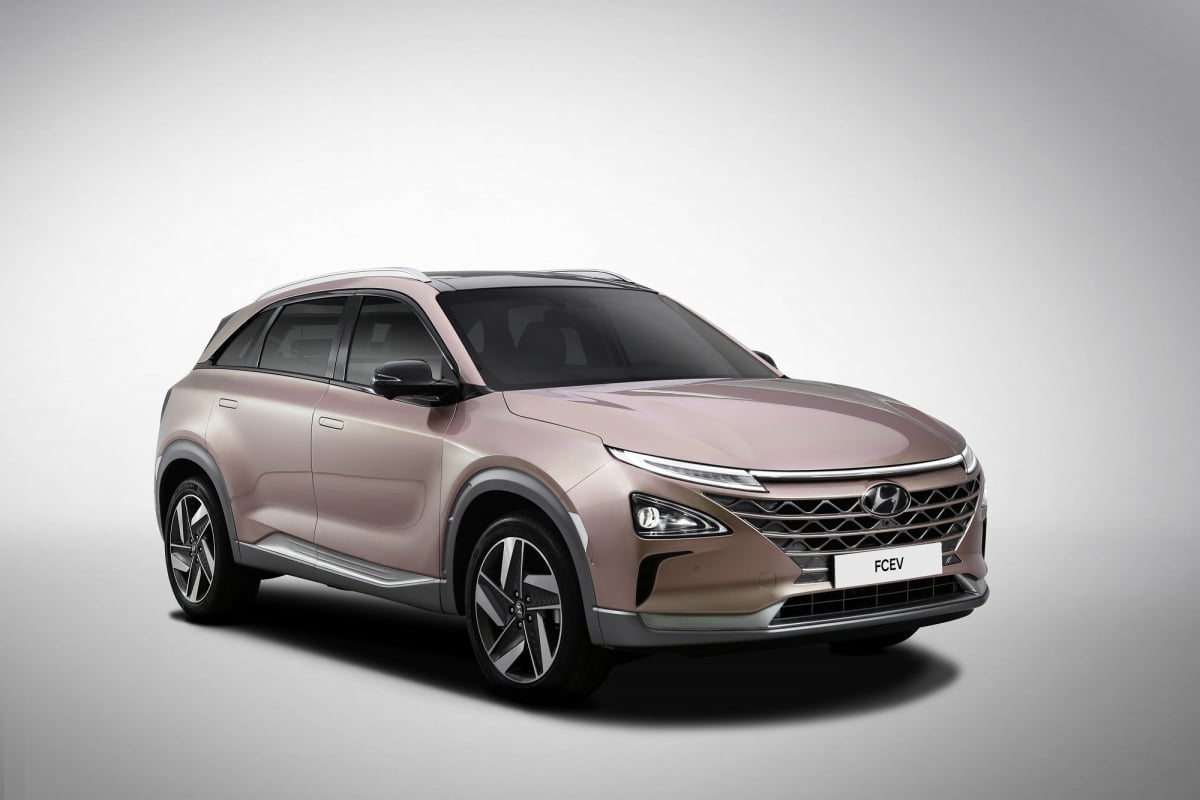 Venturing into the market, Hyundai assured that their SUV is efficiently spacious while also maintaining better placed fuel-cells and a light-weight footprint.

Due to the effective fuel-cell placement, the road-grip will be much better for this SUV while the design adds into the aerodynamics. This also means better, controlled, and efficient acceleration along with ideal passenger room. 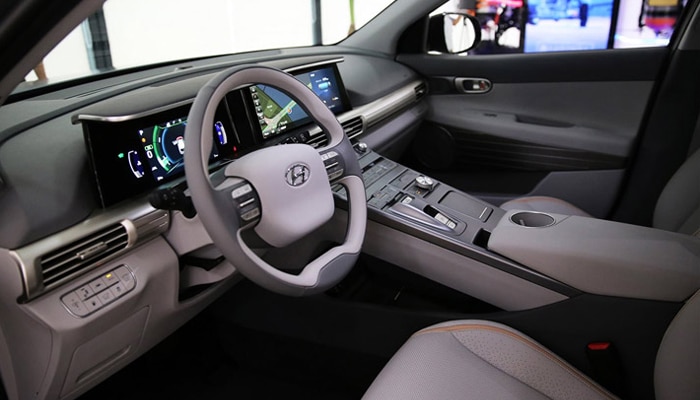 Hyundai will be using their latest driving assistance tech for the Nexo. There’s a Remote Smart Parking Assistant – which is basically a way to automatically park the vehicle by a button push through an app or from inside the vehicle.

Autonomous lane control is also present – it allows the car to automatically drive itself between the lanes with speeds of up to 140km/h. Numerous sensors are present which constantly assist the driver by using traffic data to adjust the speed.

The Nexo has enough power to go from 0-100km/h in a 9.5 second sprint. This performance is slightly lower than a Honda Clarity Fuel Cell – but the efficiency allows it to go 370 miles (600km) in a single 5-minute refuel which is like going from Islamabad to Lahore and while using only two-thirds of the fuel. 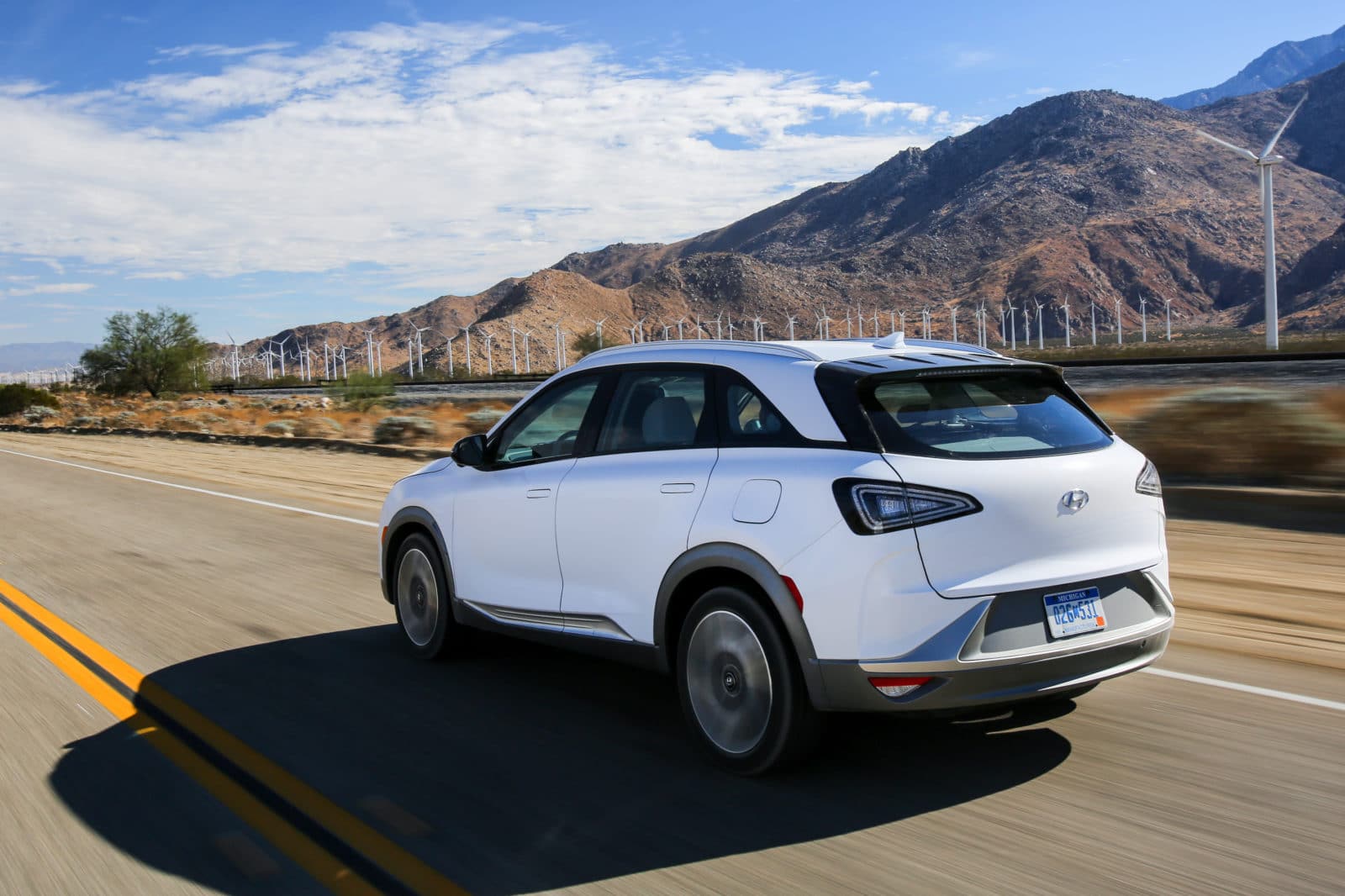