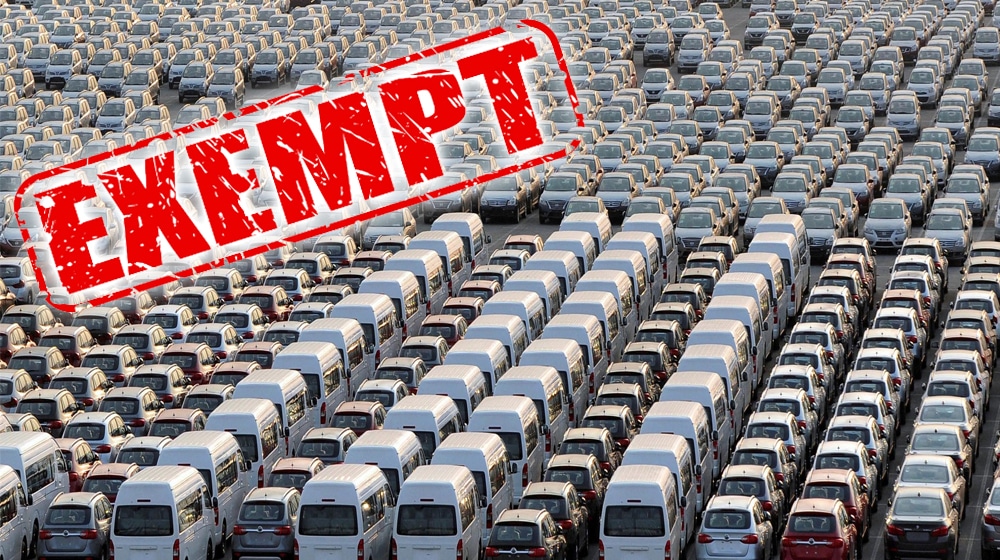 Federal Board of Revenue (FBR) officials said that custom duty conditions have been relaxed on car imports categorized as gifts, personal baggage, and imports made under a residence transfer scheme.

This exemption has only been granted to cars imported between 4th of December, 2017 and 9th of January, 2018 – the importers can only avail this relaxation if they prove that the respective payments to import the vehicle were made from a bank account owned by a Pakistani national.

Retrospectively, around 6,000 vehicles were imported without any proper bank details, these vehicles have been stopped at the ports so that the Custom’s department can apportion relative payments and exact it.

The relaxation may help importers to get around 4,000 cars cleared out of total 6,000 currently stuck at the ports.

However, under the new law, the importers had to show proof of payment using remittances in order to get the vehicles cleared. The Ministry of Commerce and Textile made the proposal to levy custom duties on imported vehicles – specifically those falling under transfer of residence schemes, personal baggage, or gift scheme categories. The proposal further stated that this remittance shall be exacted only if the payment is made from an account of a Pakistani national, either a local bank account or from the orderer’s Pakistani family member’s account in case the primary payer’s account is inoperative or non-existent.

Due to this policy change, the 6,000 orders made through bank accounts with improper details had to be halted to receive the respective payments.

Following Pakistan Custom’s advise, FBR exempted tax on the aforementioned categories of imports in order to help clear these 6,000 vehicles stuck at the ports.

Reportedly, these 6,000 imports were made before 9th of January, 2018 which is why this time frame has been selected.

In a letter, the Model Collectorate of Customs (MCC) suggested the FBR to devise a better mechanism to deal with payments on such imports, specifically the orders which were made before 9th of January