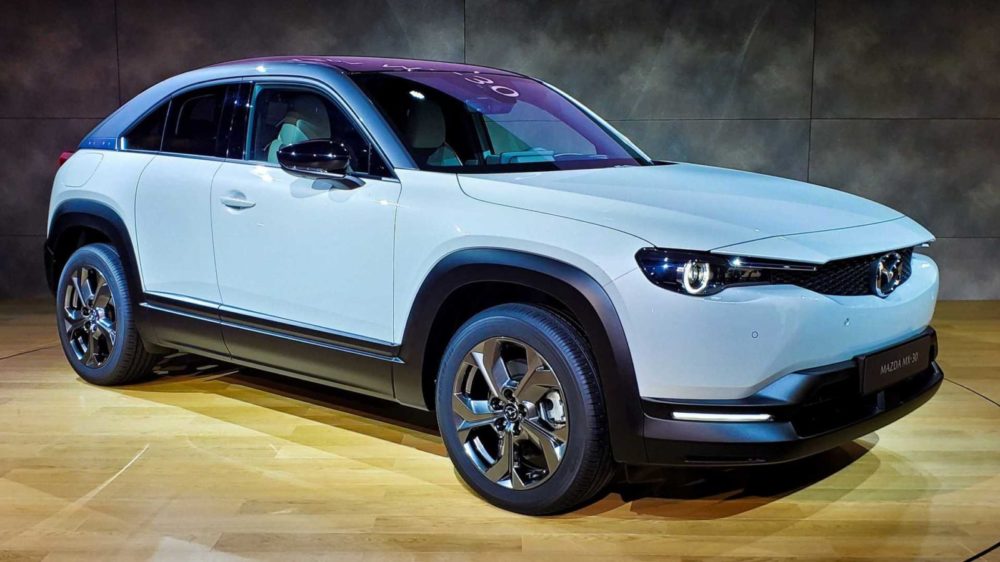 One of the reasons the Mazda’s flagship EV vehicle, the MX-30, was critiqued was for having a small 35.5kWh battery while its competition’s cars had larger batteries.

However, the company claims they know better than any of the critiques and market experts. According to the company’s research director, it was to help save the planet.

While talking to the media he said that the small battery is “responsibly” sized and would have a similar overall CO2 emission footprint (including manufacturing and energy consumption) compared to a diesel Mazda 3 hatchback and this included replacing those batteries after 100,000 miles into ownership.

Schultze added that batteries that have a long-range are worse for the environment and pointed towards Mazda’s research into long-term CO2 output.

Mazda calculated that a 95kWh battery – seen in Tesla Model S and X – would need more emissions from the get-go because of a bigger battery pack and more usage while driving. The situation would only be worsened if the battery is replaced around the 100K mile mark, according to the company.

On the other hand, their EV with a smaller battery and less mileage makes more sense and requires less pollution-causing electricity and produces less CO2 when being manufactured.

Interestingly, there is a slight issue with this approach because the company has based its calculation on European electricity generation averages from 2016.

Even if we ignore that the numbers are from 2016, the carbon footprint will be significantly lower if a person lives in an area that has zero-emissions electricity or if the battery is produced in similar emission-free conditions.

Another issue with basing calculations on old data is the assumption that the energy mix hasn’t changed and won’t be changing. Many countries have shut down their coal power plants, switched oil power plants to gas and installed new solar and wind power projects making the electricity cleaner. Mazda, however, don’t seem to have received the news yet.

This leads us to the conclusion that while Mazda understands the impact an EV will have on our Earth, they are designing them for the present and not for the future.