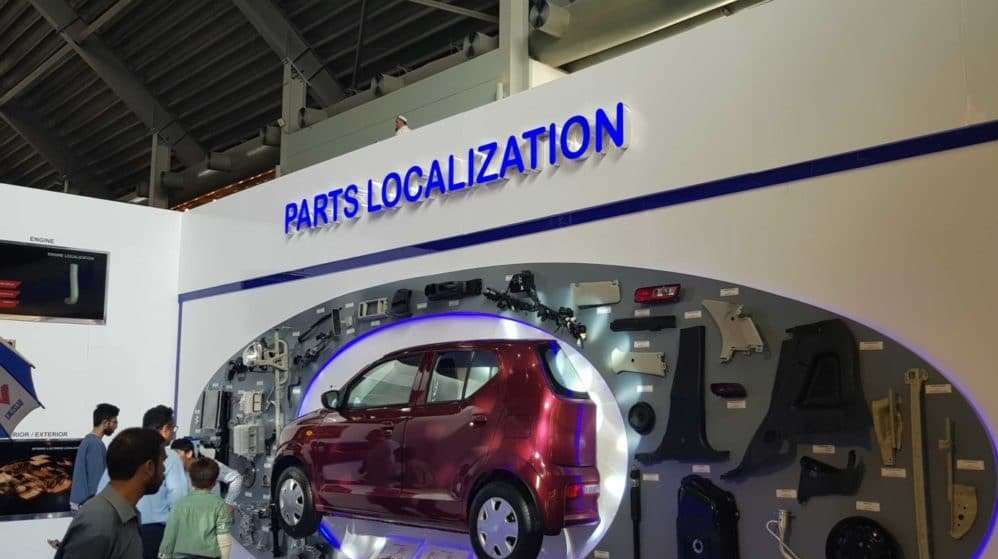 We had the honor of visiting the recently concluded Pakistan Auto Show 2020 at the Expo center in Lahore and here are some of the highlights from the show.

We were disappointed that KIA and Toyota had decided to skip this year’s auto show and to be honest, this kind of put a damper on things because they are two of the biggest auto-makers in the country. This would have given them a chance to interact with their customers as well as get their feedback.

Due to the outbreak of the coronavirus, we were informed that the Chinese delegation had been unable to make it and the lack of their presence showed with a smaller number of pavilions as compared to last year. We even saw multiple Chinese citizens wearing facemasks as a means of protection.

While there was a sizeable crowd but due to the aforementioned reason, it wasn’t as huge as the organizers had hoped for. On Sunday, we saw children coming in with their fathers in a daddy’s day out way as they gawked over the cars and took in the sights. It was disappointing to see that the majority of the visitors were predominately middle-aged men, there were a few families as well and some kids but there was a noticeable lack of women; which was disappointing.

For us Hyundai were one of the biggest hits of this year’s Auto show and drew some of the biggest crowds as the company introduced the Hyundai Tuscon, Elantra and Sonata.

The pavilion was jam-packed throughout the three days as the company, apart from the launch, was giving away gift hampers and was offering a test drive of its various models including the H-Porter pickup truck and Grand Starex.

Sazgar was another company that had a jam-packed pavilion throughout the three days as it showcased multiple cars from BAIC that will be hitting the local market in the coming months.

Throngs of people were seen inspecting their cars up close. We are pretty excited what they have in-store for us!

This was a pretty fascinating stall as a firm was demonstrating their product –robotics –with the help of some real-life welding. There was a sea of people who were recording the demonstration on their phones.

This was a surprise hit for us with the company in a bid to attract customers had brought a motorbike with a moving screen behind it that allowed people to record boomerang videos and a VR device. There was a long queue of people with children and the elderly waiting to try it, we gave it a try as well and it was an interesting way to showcase their product.

Predictably, Suzuki also saw a lot of people at its stall but aside from a dirt bike that the company might be planning to bring in the future; there was nothing to see there.

However, there was an interesting tidbit, the company had mounted half a 660CC Alto on a wall along with all the other car parts that it produces locally. Scores of children could be seen mesmerized by it as they tried to figure out what had happened to the other half of the car.

Honestly, this was our personal booth as students from multiple universities had gathered to showcase their final-year projects.

We were blown away by all of them, including an electric bike, a bike that has an automated clutch, a car seat for differently-abled people that will help make it easier for them to enter a car and other such amazing projects. We really hope they are able to secure funding and we wish them the best of luck.

We were really impressed by the Auto show and were heartened by the products on display.