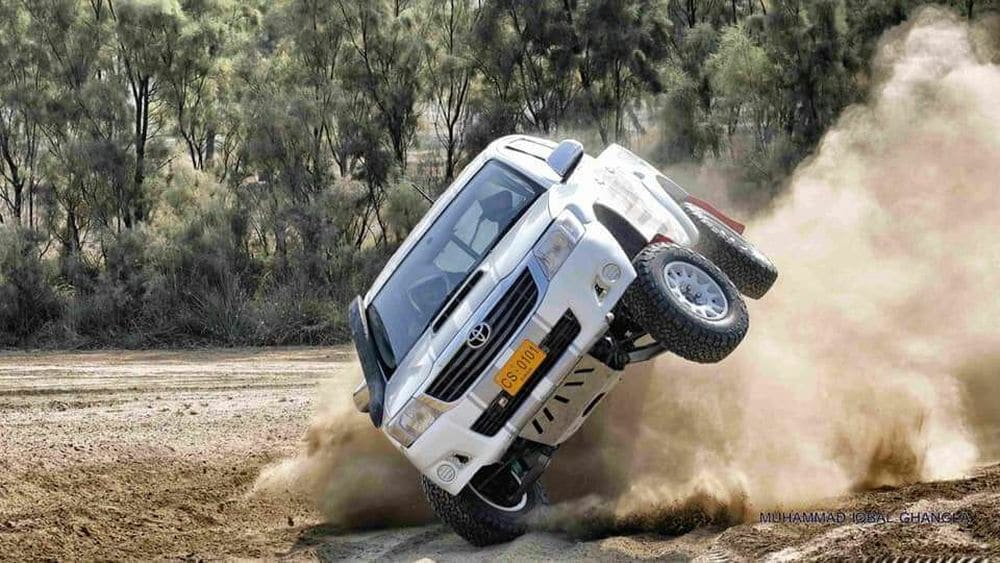 We’ve all seen movies such as ‘Gone In Sixty Seconds’ and the entire ‘Fast And the Furious’ where there are loud and exhilarating action sequences, loads of glamour and the people involved in the heist are supposedly the good guys who get away with physically impossible thefts like they’re a walk in the park.

What’s even more ironic is that the law, more often then not, ends up favoring them as if they’ve done absolutely nothing wrong.

A recent video that surfaced on twitter, will convince people that real-life crimes of such nature are a lot different, a lot less glamorous and a lot more dangerous.

In the video, four cars are seen being smuggled into Pakistan through what seems to be some mountain range in Balochistan. The four cars being smuggled are all Toyota’s, with a Vitz or a Yaris leading the pack, an Aqua right behind, an 8th gen E110 Corolla on the third, and a Probox on the last.

Car smuggling isn’t that easy, here you go with how cars are being smuggled. Japanese manfucturers must be proud on performance of their cars. pic.twitter.com/9Ep8Z6m9Wb

Cross-border car smuggling or any other illegal exchange is a high class felony in any country, owing to which, the smugglers usually avoid the main routes, so as to steer clear of the check-posts and avoid getting caught on surveillance cameras. Particularly in Balochistan, there are only few paved routes that can be taken by the motorists, all of whom have numerous checkpoints. But that doesn’t stop the smugglers from carrying out their activity.

The smuggled cars are evidently transported to their destination through the mountains. The cars in the video are ordinary street cars, yet still, they’re being driven on top of the rocks in a way that would put both, the toughest of off-road trucks and the most daring off-road enthusiasts to utter shame. One tiny mistake, and it would be a terrible day for the car and the very last day, perhaps, for the driver.

If we put the driving skills of these individuals aside for a moment, that are admirable to say the least, we’d realize that there’s every reason to discourage smuggling of cars. Although much less than before, smuggling is still persistent across various regions of Pakistan, especially in Balochistan and a few regions in KP. Not only do the smugglers put the local market and economy out of balance, but do so while dancing on the edge of a grave.

By saying ‘No’ to car smuggling and other cross-border crimes, we can save not only the economy and the image of the country, but also help mitigate the prospects of people putting their lives in danger for a crime.