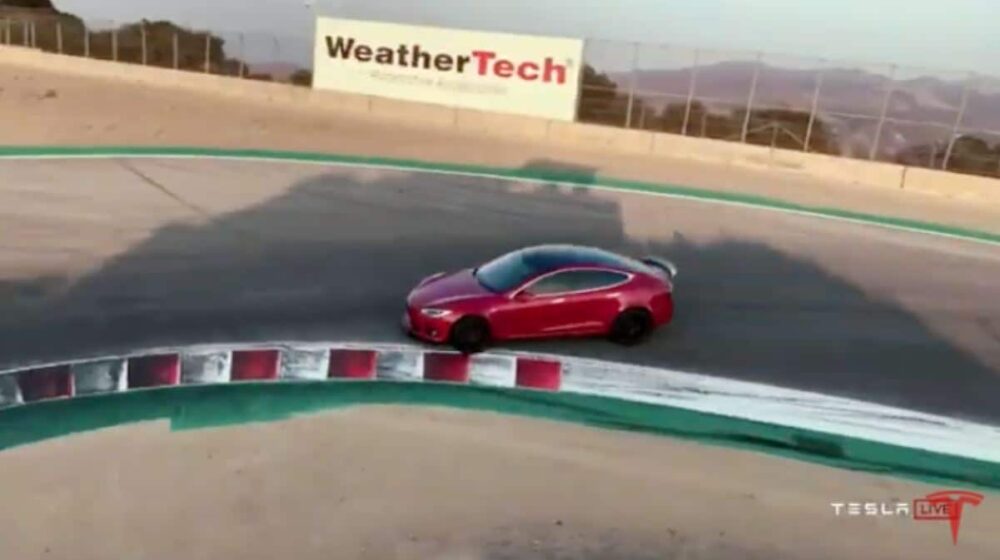 Tesla has just announced the impending launch of its brand new, track-focused Model S Plaid. As per reports, the car is up for pre-order in the US market.

In the latest video footage released by Tesla, the Model S Plaid can be seen doing test runs on the Mazda Laguna Seca Raceway, reaching staggering speeds, both on corners and the straightaways.

As can be seen in the video, the car managed to do a complete lap time of 1:30:3, which is just 4/10ths of a second slower than the Porsche 918 Spyder, which is a hypercar. This is made possible with the help of a brand new tri-electric motor powertrain that sends 1100 horsepower to all four wheels, which allows the car to go from a standstill to 60 mph in less than 2 seconds and reach a top speed of up to 200 mph, as reported by Tesla.

It bears mentioning that this car isn’t only good at going fast. As Elon Musk has reported that this car will have a range of 520 miles from a single charge, which is reportedly even better than the ‘yet to be released’ Lucid Air with its 517 miles of range, which would be a direct competitor to Tesla’s Model S.

However, with a great car, comes an even greater price tag it seems. The customers can get a Base Model S between $80,000 and $100,000, depending on the options that one opts for.

Whereas the Model S Plaid shall be offered at an eye-watering $139,990. At this price point, the Porsche Taycan Turbo S also seems like an attractive option, given its built quality, looks, performance, and the brand name itself. Reportedly, the car will go on sale in the USA in late 2021.